Some 40,900 children and thousands more youths displaced by the violence in the Central African Republic (CAR) are stuck in transit camps in southern Chad with no formal school to attend, few to no training opportunities, and no jobs, leaving them with no sense of what the future will bring.

“There is nothing to do here - we do nothing all day,” said Ibrahim Oumar, 25, in Doyaba transit camp near Sarh, which houses mainly Chadian returnees from CAR, many of them born in CAR. Oumar studied finance at college. “I’d do anything I could work-wise. One day I’ll return [to Bangui] to finish.”

Abdou Aziz Tarik, 17, from the CAR capital Bangui, told IRIN: “With school you can do something. Without it you’ll achieve nothing.”

Displaced teachers have set up informal schools in some sites. For instance, in Doyaba transit camp, they set up a school in which 3,200 primary and pre-school children have enrolled. But none cater for the needs of secondary school students. Some 4,000 of the displaced children have been relocated to pre-existing schools but as yet no children are being formally educated in camps, according to the UN Children’s Fund (UNICEF).

Some 97,000 refugees and returnees have fled CAR over 2013 and 2014 seeking safety in Chad, according to the UN Refugee Agency.

Many of the children and youths IRIN spoke to at Doyaba said they had witnessed terrible atrocities, including seeing family members burned, dismembered or decapitated. “Schools would help distract the children, giving them something else to think about. We want help form donors but we talk and talk and no one listens,” said Suleiman Adraman, who sits on Doyaba’s complaints committee.

All over Doyaba, home to 17,100 returnees and refugees, youths wander around looking for things to do. Those lucky enough to find enough space - and a ball - play football.

Ali Bouri Hidjazi, 19, returned from school to his Bangui neighbourhood where all around him people were being killed, including his mother. Militia chopped off both of Hijazi’s legs - he now gets around on broken crutches. Hikjazi was standing next to the football pitch watching his friends play, when IRIN spoke to him. “I can’t study now - I can’t even get to a school. I was in the 4th year [of lycée] and I wanted to study computer science… When I watch my friends play football, I cry.”

Sid Saleh, head of security in Doyaba, said some youths there were trading and taking amphetamines at night. “Leaving youths idle poses a security threat,” he told IRIN. These youths would hang around the camp toilets at night, attacking women as they approached, according to Saleh and several witnesses. “The situation deteriorated very quickly,” said Saleh, “but we are cracking down on them, targeting the traders [camp] block by block.”

Djamila Mahmat leads 32 primary school teachers volunteering in Doyaba. “Everything in my life was turned upside down overnight. We had to do something for these children when we arrived here,” she told IRIN. “We can’t have the children miss a whole school year.”

With few official materials other than curriculum guides given by the Chad Education Ministry, and some notebooks provided by UNICEF, teachers try to help the children who fled with them.

UNICEF also gave mats and blackboards - the latter held down by two children per class to prevent them from being blown over in the strong winds. UNICEF is currently building 12 temporary classrooms in Doyaba - temporary because most returnees will eventually be transferred to a more permanent setting, given that Doyaba is a working military base - and is also building 24 learning spaces in Danamadja, a longer-term camp further west which will absorb surrounding camp populations, including that of Goré.

Many of the students disappear mid-morning to find food as they are hungry - dozens can be seen crowding around mango trees using sticks to try to shake off the fruit. Deputy school director Yussuf Hassam said teachers, too, were hungry. “We work for five hours straight every day on very little food. We are tired and we are hungry,” he told IRIN.

A teacher at Doyaba transit camp home to 17,000 Chadian returnees who fled violence in CAR. She helped set up an informal school with 3,200 children currently enrolled. 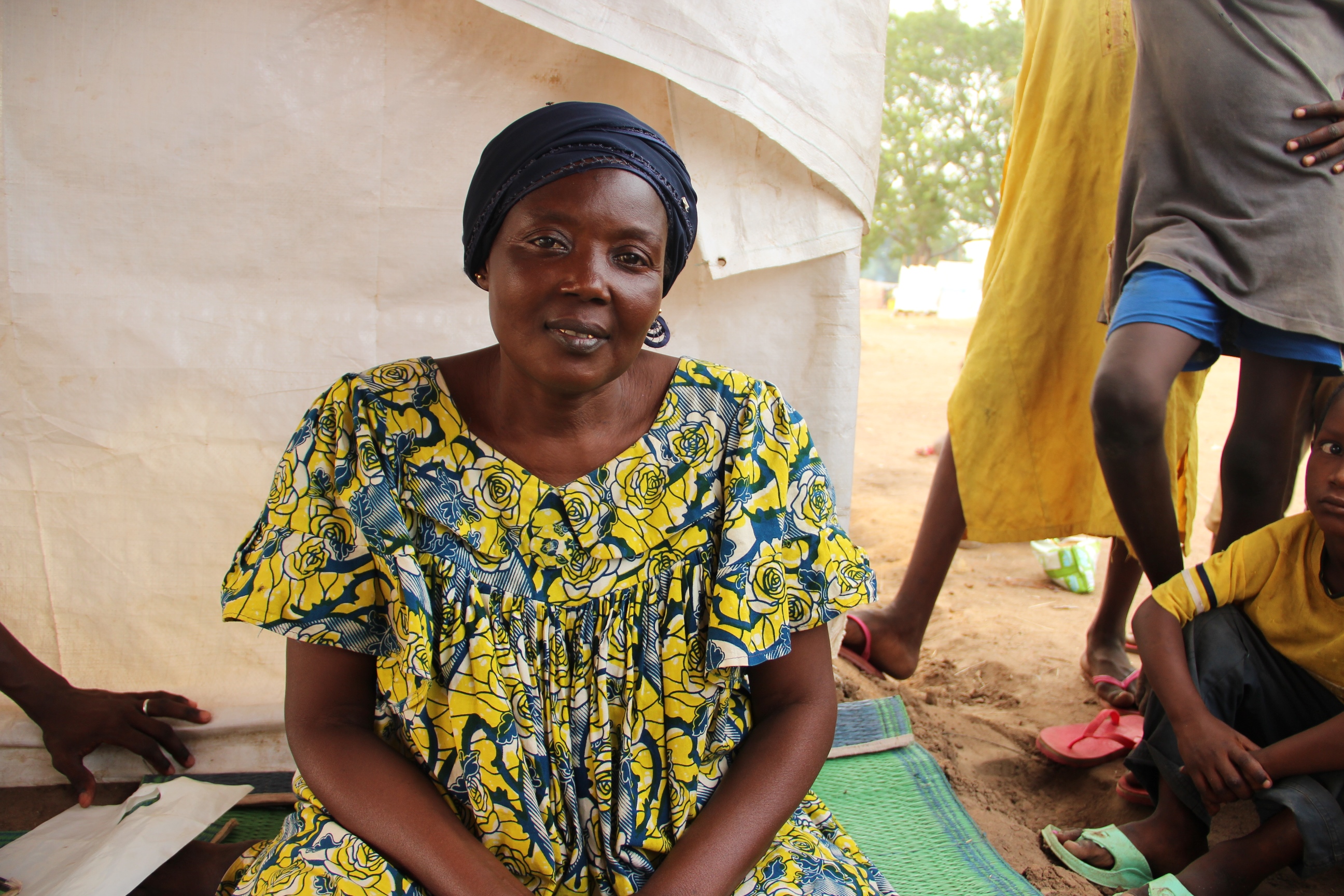 The older girls often disappear for days at a time into towns and villages to find ways to make money, said teachers and parents, who did not want to expand on what the girls were doing.

Meanwhile, children in Siddho transit site, home to an estimated 10,000 refugees and returnees on the border with CAR, have no school at all. Suleman Abdoulaye, 12, has lived in Siddho for three months. “There is no school, nothing to do.”

In interviews with 36 children in two camps, 30 told IRIN the thing they wanted most - other than to find their parents if they had been separated from them - was to return to school.

Plans are under way to build a new camp near Maro, 80km from Sarh, and primary schools will eventually be set up in them. UNHCR is also building schools in Belom near Maro, a camp that houses mainly long-term refugees from CAR, but also some new arrivals.

Targeting secondary school children is the hardest, said Bruno Maes, head of UNICEF in Chad. Integrating them into local schools is possible but most of these are already over-subscribed with up to 120 children per class, he said.

Just US$535,000 of the US$5.6 million UNICEF needs to set up schools, provide materials, recruit and reward teachers, has come in thus far.

“We just don’t have the means to expand schooling now, but we want to,” said Maes. “We want to build classrooms. Schools can stabilize children in all the camps.”

Some money from a US$16.3 million European Union (EU) fund to promote social cohesion may be directed at training activities for secondary-school-age children and youths, said officials. The EU uses the fund to promote peacebuilding and social cohesion among conflict-affected communities and to enable youths to move forward with their lives.

For Abakar Mahamat, 29, in Siddho camp, returning to danger is better than doing nothing. “There’s no TV here, no music, no space for football, nothing… I’ll return home [to Bangui] despite the danger if I can’t find anything to do.”