Human rights activists have strongly criticized a controversial deal between Australia and Cambodia which could see up to 1,000 refugees settled in the country.

“This is a disaster for refugee rights protection in Southeast Asia,” Phil Robertson, deputy director of Human Rights Watch's (HRW) Asia division, told IRIN, noting that Cambodia was ill-equipped to take Australia's asylum seekers, and any deal to do so would be a major step backwards for refugees.

“We’ve got a government that is doing everything it can to deny entry to asylum seekers, and to deny permanent protection to people who are in Australia and being found to be refugees,” Ian Rintoul, a spokesman for the Australian Refugee Action Coalition, said, betting his country would likely have to pay Cambodia millions of dollars to push the deal through.

The move is seen as yet another controversial step by Canberra to stem the tide of asylum seekers arriving in Australia each year, including the issue of indefinite detention.

Between 2012 and 2013, more than 18,000 asylum seekers arrived in the country illegally by boat. Hundreds lost their lives making the dangerous journey in overcrowded, rickety boats from Sri Lanka, Indonesia, and elsewhere in the region.

On 19 May, Cambodian Prime Minister Hun Sen reportedly confirmed via his Facebook page that his government would sign a memorandum of understanding with Canberra in order to “help the refugees in the near future”, while Ouch Borith, Cambodia's secretary of state in the Foreign Ministry, said a government study of the proposal had been completed and that Phnom Penh would be delivering a counter-offer to Canberra in the coming days.

“Cambodia helps legal refugees, even though Cambodia is not abundant with resources like a number of developed countries,” Hun Sen reportedly wrote, noting those refugees who are resettled in the country “will have opportunities for education and earning of livelihoods like other Cambodian citizens without discrimination."

While details of the proposed deal remain unclear, the arrangement could see up to 1,000 refugees resettled in one of the world's poorest nations after being processed on the Pacific island nation of Nauru, one of two countries where Australia is currently processing asylum seekers arriving by boat illegally (Manus Island in Papua New Guinea is the other).

Under the system, if asylum seekers arriving by boat in the country illegally are transferred to a third country, their claims for protection are processed under that country’s laws.

Ou Virak, chairman of the Cambodian Center for Human Rights 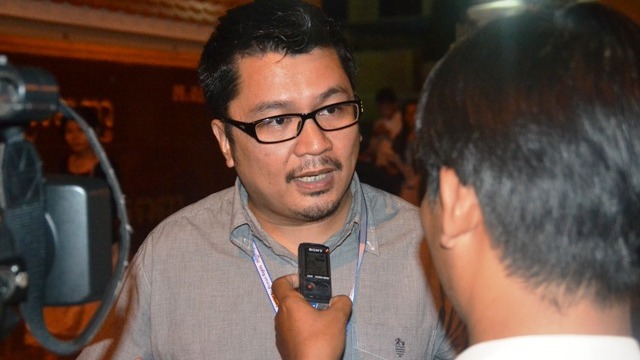 “How irresponsible is it from Australia? Cambodia cannot protect its own people and violates every possible right they have. Australia is moving its burden offshore, knowing that the country cannot protect the refugees”, Ou Virak, chairman of the Cambodian Center for Human Rights, charged. “They are trading refugees against financial aid and international legitimacy, and Australia hopes to get away with it.”

But the deal goes beyond that, activists insist, citing Australia’s international obligations to protect the human rights of all asylum seekers arriving in the country.

Although Cambodia insists it would only accept those refugees who voluntarily come to their country, in 2009, Cambodia flouted the UN 1951 Refugee Convention to which it is a signatory when it returned 20 Uighur asylum seekers fleeing ethnic violence in China, despite heavy international criticism.

Cambodia was awarded US$1 billion in loans and grants from China a few days later.

“The circumstances in Australia will continue to be so harsh and so punitive for refugees and asylum seekers that people will be forcibly coerced to accept their resettlement in Cambodia,” said Rintoul of the Australian Refugee Action Coalition.

“I am sure that Phnom Penh will demand Canberra pay dearly for this programme, but the bottom line is that Australia will not be able to shirk responsibility for any rights violations the refugees suffer in Cambodia,” HRW’s Robertson said.

As of 21 May, Australian Immigration Minister Scott Morrison said no deal had been signed. However, “positive” discussions with Cambodia were being held, and they were keeping the UN Refugee Agency (UNHCR) informed.

“UNHCR has not seen a copy of the proposed agreement, but the government of Australia recently promised to consult with us and keep us updated on developments”, said Vivian Tan, a spokeswoman for the agency in Bangkok. “At this stage, we are not able to comment further; UNHCR is not involved in bilateral talks between Australia and Cambodia.”

According to UNHCR, there are currently 69 refugees and 16 asylum seekers in Cambodia, mostly from Myanmar and Vietnam, many of whom are now seeking third-country resettlement.