Cattle raiding in Kenya is often viewed in the legitimizing context of tradition, climate change and resource conflict, but increasingly it has much more to do with organized crime meeting a rising demand for meat, and political violence resulting from a new devolutionary constitution.

The human cost of raids is immense: hundreds are killed every year and many thousands forcibly displaced.

Two sources within the Anti-Stock Theft Unit, a division of the Kenya police charged with preventing cattle theft, told IRIN that an estimated 580 people were killed between January 2012 and January 2014 as a result of cattle raids.

The cattle raids by armed young men involve attacks on rival ethnic groups or clans. At times, raiders come from neighbouring countries such as South Sudan and Ethiopia. But while traditional cattle-rustling did not always involve killing, it is now invariably lethal.

Increasingly, some argue, cattle-raiding is motivated by a competition for political power and resources: political barons use organized attacks to drive out their political rivals and extend their business interests.

“The [2010] constitution heavily devolved power and resources to the grassroots and this has in turn increased competition for political power and resources in formerly marginalized areas and, as such, issues like cattle-rustling have transformed from being cultural to a tool to perpetuate power and violence,” Betty Budho, a political analyst at the University of Nairobi, told IRIN.

She added: “I believe in northern Kenya, it would be foolhardy for anybody to view cattle raids in isolation and forget the political and economic motivations for it. With devolution, the power struggles between pastoralists have become common.”

According to the authors of a 2014 report entitled On the margin: Kenya’s pastoralists, such struggles peaked during the 2013 elections, the first to be held under the devolutionary constitution, in which significant powers are decentralized to 47 new counties, under influential governors.

In a country where political allegiance is driven far more by ethnicity than ideology, “communities competed against each other for representation, and particularly for the role of governor,” the report explained.

“A tribe’s local dominance can swing a local election, and in some areas smaller ones formed alliances such as the Rendille, Gabra and Burji (REGABU), which was established to counter the dominant Borana in Marsabit. Whether the outcome is the rule of one dominant tribe at the exclusion of others, or a coalition of minority tribes ruling over a dominant one, there is an inherent risk of instability and tension,” it said.

Marsabit is a remote and historically marginalized district of northern Kenya.

In a 2013 paper entitled Guns, Land, and Votes: Cattle Rustling and the Politics of Boundary(re)making in northern Kenya, Clemens Greiner argued that there is a disguised relationship between politics and cattle raids.

“They have realized that on the national level ethnic mobilization has played a major role in political struggles, and they carry these dynamics even into the remotest pastoralist areas, where the struggle for land is progressively ethnicized. In this context, livestock raiding emerges as a specific form of violent regulation: a well-adapted, dangerous, and powerful political weapon,” he said.

According to Josephat Nanok, the governor of the northwestern county of Turkana where cattle raids are common, “Continuing to treat [cattle-rustling] like a cultural practice is akin to condoning an illegal business. It has been highly commercialized and many politicians are now using it to create support zones for themselves,” he told IRIN.

“The political connection to me, explains the reason such raids occur with more frequency during elections,” Nanok added.

Enoch Mwani, an agricultural economist at the University of Nairobi, says local pastoralists are no longer the only ones involved in cattle-rustling.

“Cattle-rustling has always been an activity to replenish herd stock but it isn’t [just] that any more. Cattle raids in the lawless Horn of Africa are driven by the desire by those communities to get money to buy arms, and by business people who want to cash in on a growing urban population in need of meat,” Mwani said.

“That some still do it as a cultural practice isn’t completely false, but it isn’t completely true either. Tribal conflicts are common and communities need arms to protect themselves when the governments fail to do so, and meat traders provide an easy source of money to buy arms,” he added.

Trade in livestock is big business. According to the Global Forum on Agricultural Research, Kenya will have a beef deficit of about 4,500 tons in 2014 due to high local consumption and export demands.

The Kenya Meat Commission estimates that some 500 tons of beef are exported from Kenya each week to the Middle East (United Arab Emirates, Kuwait, Qatar and Saudi Arabia) and Africa (Egypt, Tanzania, Uganda, Democratic Republic of Congo and Sudan). 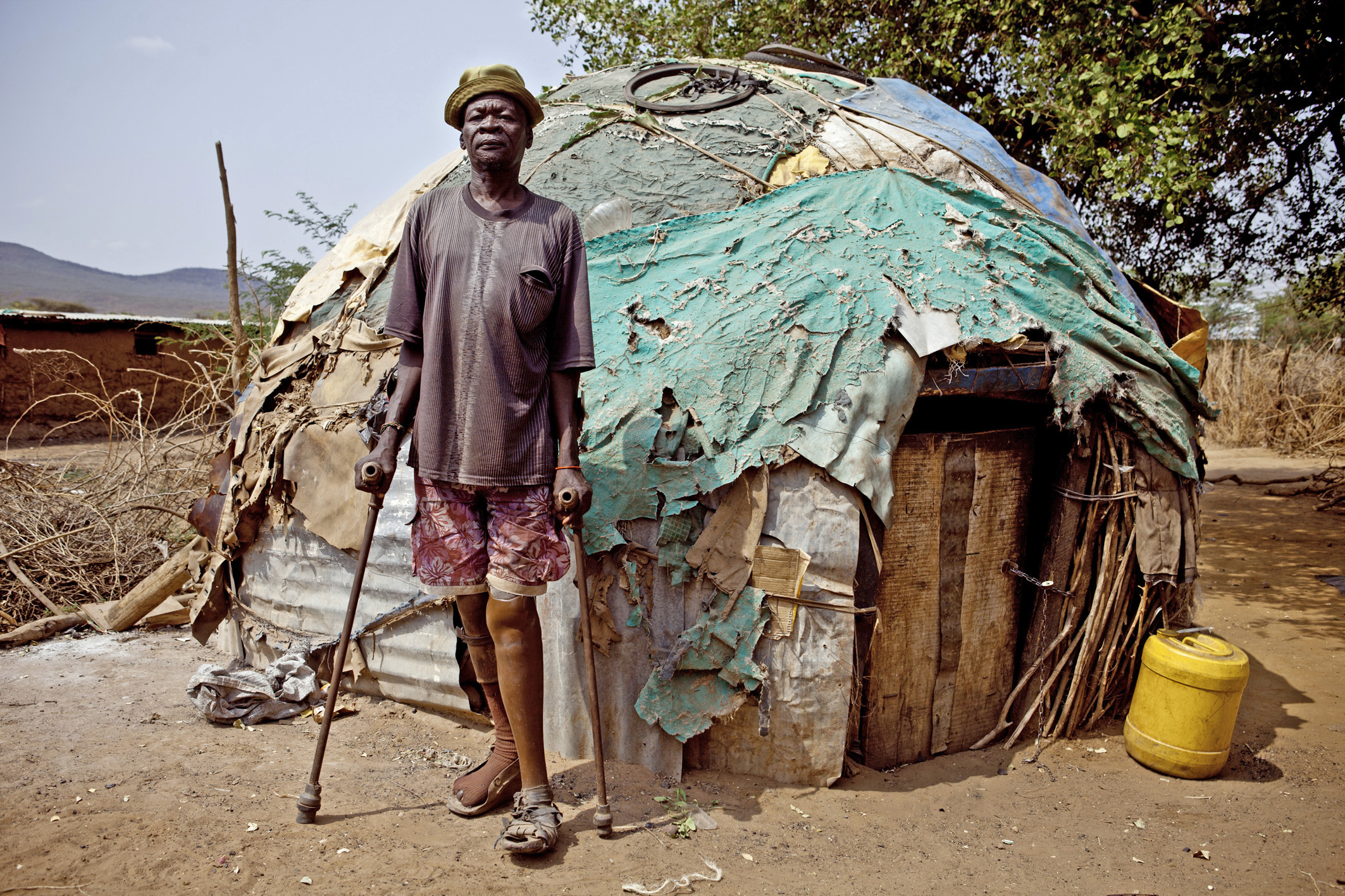 “In many areas we do observe an intensifying shift from a `breeding herd’ [rearing for prestige] to a ‘trading herd’ [rearing for sale] - in part to take advantage of the growing markets for animals and livestock products in urban areas as well as export markets,” Jeremy Lind, pastoral theme convener at the Future Agricultures Consortium and research fellow at the UK Institute for Development Studies, told IRIN.

“Small-town growth in the dry lands has also influenced changes in livestock marketing dynamics. Small butchers and micro-dairying operations have proliferated in many towns in [Kenya and other regional countries] to meet the demand for meat and milk in these areas from sedentary herders as well as migrants who have come from other areas.”

The authors of a 2011 paper on the effects of cattle-rustling and household characteristics on migration decisions and herd size among pastoralists in Kenya’s western Baringo District, noted that “there is an emergence of commercialized cattle-rustling where wealthy businessmen, politicians, traders or local people pursuing economic objectives finance raids among the pastoral communities.”

A 2010 study commissioned by the Kenya Human Rights Commission also echoed this view, claiming that “the meat-loving urbanite Kenyans are the unsuspecting accomplices of these unscrupulous businessmen.”

Livestock markets like Karangware, an informal settlement in Nairobi, are thriving. Transporters from Moyale, a border town near Ethiopia, come to a slaughterhouse here to offload cattle, sheep and goats.

“We will travel back to Garissa tomorrow by bus to bring more goats. The demand here in Nairobi is very big. We are making good money from this business,” Abdi Farah, 24, told IRIN. Farah earns 100 Kenya shillings (US$1.15) for every animal he brings to the city but, he says, transporters like him never find out the source of the animals that he delivers.

“We know some of the livestock is stolen but we just buy because we want the best price. Stolen cattle are sold much cheaper,” Farah said.

Hussein Mahmoud, a professor at Pwani University (60km north of Mombasa) and expert on the livestock trade, notes that in the region, illegal rustling is transnational and stolen livestock is taken across borders into neighbouring countries.

Cattle raids and trade also have a connection to regional conflicts. A 2008 paper by Alemmaya Mulugeta, a researcher at the University of Basel, noted: “In the Horn of Africa’s pastoral peripheries cattle raids have been intertwined with strongly militarized conflicts such as civil wars and cross-border disputes.”

There are historical antecedents to cross-border cattle rustling. The Kenya Human Rights Commission report observes there was “an upsurge of cattle raids between the Ugandan Karamajong and Turkanas of Kenya” caused by the sudden availability of weapons after the Karamajong overran the armoury in Moroto at the fall of Idi Amin’s regime in 1979.