A huge transport infrastructure project due to link Kenya’s coast, Juba in South Sudan, and Ethiopia by 2030 is raising questions about the potential impact on the livelihoods of pastoralists, and protection and compensation for those adversely affected.

The 1,700km Lamu Port and Southern Sudan-Ethiopia Transport Corridor (LAPSSET), launched in March 2012 by the governments of Kenya, Ethiopia and South Sudan, with Uganda also recently joining, constitutes part of Kenya’s long-term development plan known as Vision 2030, and is projected to boost Kenya’s GDP by at least 3 percent, according to Jonathan Lodompui of the Vision 2030 secretariat. Lodompui was speaking at a forum on LAPSSET, which was convened by the Rift Valley Institute.

LAPSSET projects include a port in Lamu; a 1,500km standard-gauge railway line from Lamu to Nakodok, along the Kenya and South Sudan border; oil pipelines to South Sudan and Ethiopia; an oil refinery; three airports; and three tourist resorts - in the Kenyan towns of Isiolo and Lamu and on the shores of Lake Turkana.

Three new berths at Lamu port are expected to be completed by 2017-2018, according to Silvester Kasuku, director-general of the LAPSSET Development Authority, boosting Kenya’s cargo-handling capacity. The construction of regional highway projects is also under way.

The 200-metre wide LAPSSET corridor is expected eventually to form part of an equatorial land bridge linking eastern and western Africa from Juba via Bangui in the Central African Republic to Douala, Cameroon.

Explaining the vision behind LAPSSET, Kasuku said: “We believe that the next giant to wake up… is the African continent. We do expect that the countries that will take the early lead with regards to putting in place the required infrastructure, the required conditions for investment, are the ones that will benefit greatly… In this case, Kenya is taking the leading role.”

Observers have been highlighting the challenges ahead.

“The real challenge… is how to realize LAPSSET’s transformative prospect in terms of regional integration, wealth and opportunities while safeguarding the environment, and the rights and livelihoods of those whose lands the project will cross,” said Justin Willis, a historian and professor at UK’s Durham University.

Communities through whose land the LAPSSET corridor will pass are worried about potential land grabs and livelihood disruptions.

"There is no such thing as free land in pastoral nomadic communities. Land is owned communally [and] this ought to be the route to negotiation over LAPSSET."

In Lamu, some families have been displaced by port construction work and are yet to be compensated, according to Shakila Abdalla, a Lamu member of parliament, who noted that there had been inadequate environmental impact assessments, and that Lamu’s infrastructure might not be able to cope with the expected influx of people. Lamu’s population is about 102,000 but could more than double by 2017, noted Abdalla.

According to Abdikadir Omar, member of parliament for Balambala in Garissa County, eastern-central Kenya, while LAPSSET will go through an area that has never been developed before (enabling connectivity to the rest of the world, access to markets for livestock and hopes for investment in minerals’ exploration), there are concerns about potential adverse effects on pastoral livelihoods with the blocking off of migratory routes. “There is a need to address the[se] problems from a host community point of view, before a camel and a bulldozer are facing each other,” he said.

Ekuru Aukot, a lawyer, said the issue of land and its management is central to the LAPSSET project. “There is no such thing as free land in pastoral nomadic communities. Land is owned communally [and] this ought to be the route to negotiation over LAPSSET,” he said.

In response, Kasuku explained that LAPSSET had taken environmental concerns into consideration and that Lamu Island, which is a world heritage site, will be preserved. To sustain fishing livelihoods, there are plans to create a fishing berth in Lamu and the government has allocated money for scholarships to equip local students with new skills, he added.

Vision 2030’s Lodompui explained that the government is sourcing funds to compensate at current market rates those displaced by Lamu port construction work, while noting that the communal ownership of land is complicating the compensation process as individual land ownership documents are lacking.

The LAPSSET project is expected to open up northern areas, which account for most of Kenya’s land mass but remain largely under-developed. Recent discoveries of huge oil and water resources there are expected to boost investment. 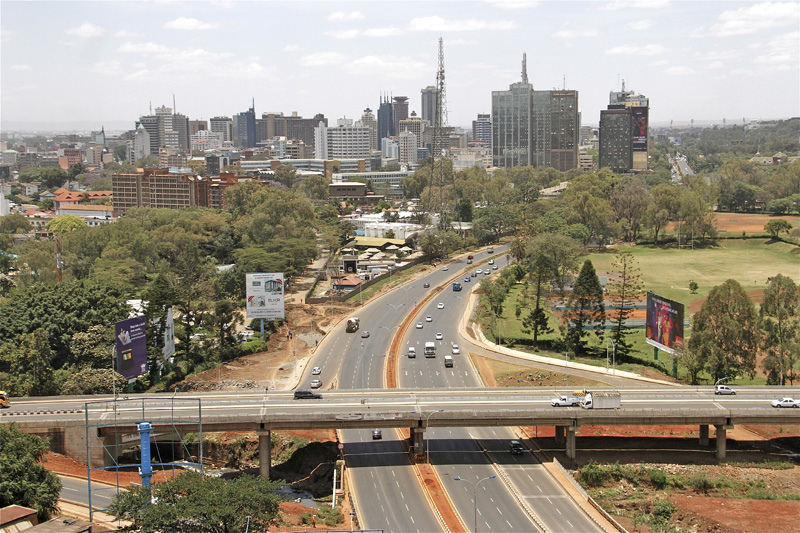 “The resources intended to support this project are inherent in the area,” said LAPPSET’s Kasuku adding that, “delay in tapping the resources could have been a blessing in disguise - to use the lessons learned in the other 30 percent of the country where development is concentrated.”

But this new focus on previously marginalized regions has left residents wary of exploitation: most are illiterate and lacking in job skills. “I think we should plan this properly to avoid a Niger Delta situation. You cannot ignore us for 50 years then Turkana becomes the lingua franca after the discovery of oil,” said lawyer Aukot.

He said there was a need to address rampant insecurity in the north. “Many of us from marginalized areas need Vision 20-Now. We need to discuss insecurity. It is only in these parts of Kenya where cattle-rustling is referred to as cattle-rustling and not robbery with violence,” he said.

LAPSSET will traverse regions such as Garissa, Moyale, Lodwar and Isiolo, which are characterized by insecurity due to a proliferation of small arms following decades of state neglect.

For LAPSSET’s success, Aukot said, the project’s implementation should be anchored to a wider process of national devolution set in motion by a new constitution adopted in 2010. “Why don’t we begin by devolving it to harness legitimacy to take the project forward?” He said inter-county projects such as railways and highways should also be developed ahead of the mega-project, which he hoped “will bridge the gap between the two Kenyas.”