Over one million people in Somalia are currently food insecure, according to a May report by the Famine Early Warning Systems Network (FEWSNET). This number is a significant drop from the 3.7 million considered food insecure in mid-2011.

The improvement has been attributed to good ongoing ‘gu’, the March-to-June rains, and the 2012 October-November ‘deyr’ rains. Successive droughts and poor rains had culminated in a famine in Somalia in 2011.

The famine led to an estimated 258,000 excess deaths, meaning deaths above normal mortality numbers, according to a 2 May study commissioned by the UN Food and Agriculture Organization (FAO), the Food Security and Nutrition Analysis Unit (FSNAU) and FEWSNET.

“There is consensus that the humanitarian response to the famine was mostly late and insufficient, and that limited access to most of the affected population, resulting from widespread insecurity and operating restrictions imposed on several relief agencies, was a major constraint,” said the study.

Humanitarian workers are keen to avoid a repeat of the famine, which has been described by many as a mainly “manmade” disaster. In this report, IRIN asks Somalia experts and analysts whether the conditions that led to the famine are still in place, and whether another famine could occur in Somalia.

What have been the key lessons learned from the famine in Somalia?

Daniel Molla: There [was] sufficient and actionable early warning information and analysis provided by FSNAU and FEWSNET in the lead-up to the declaration of famine in July 2011. However, as widely documented, this did not translate into [a] timely and adequate response on the part of the humanitarian community and donors... Nutrition and mortality surveys should be undertaken outside of the regular calendar when early warning information indicates a deteriorating food security situation, in order to assess the situation and recommend appropriate interventions in a timely manner.

Olivia Maehler: I would think that lessons learned [include]… the need to keep in place a rigorous programme responding to humanitarian needs in normal times so that this can be scaled up [in emergencies]. We were able to scale up quickest in places where we already had a large humanitarian input. Also, the fact that cash transfer programmes proved very successful and stimulated rather than overwhelmed markets, and the need for humanitarian funding to move toward multi-year funding to allow for building resilience. 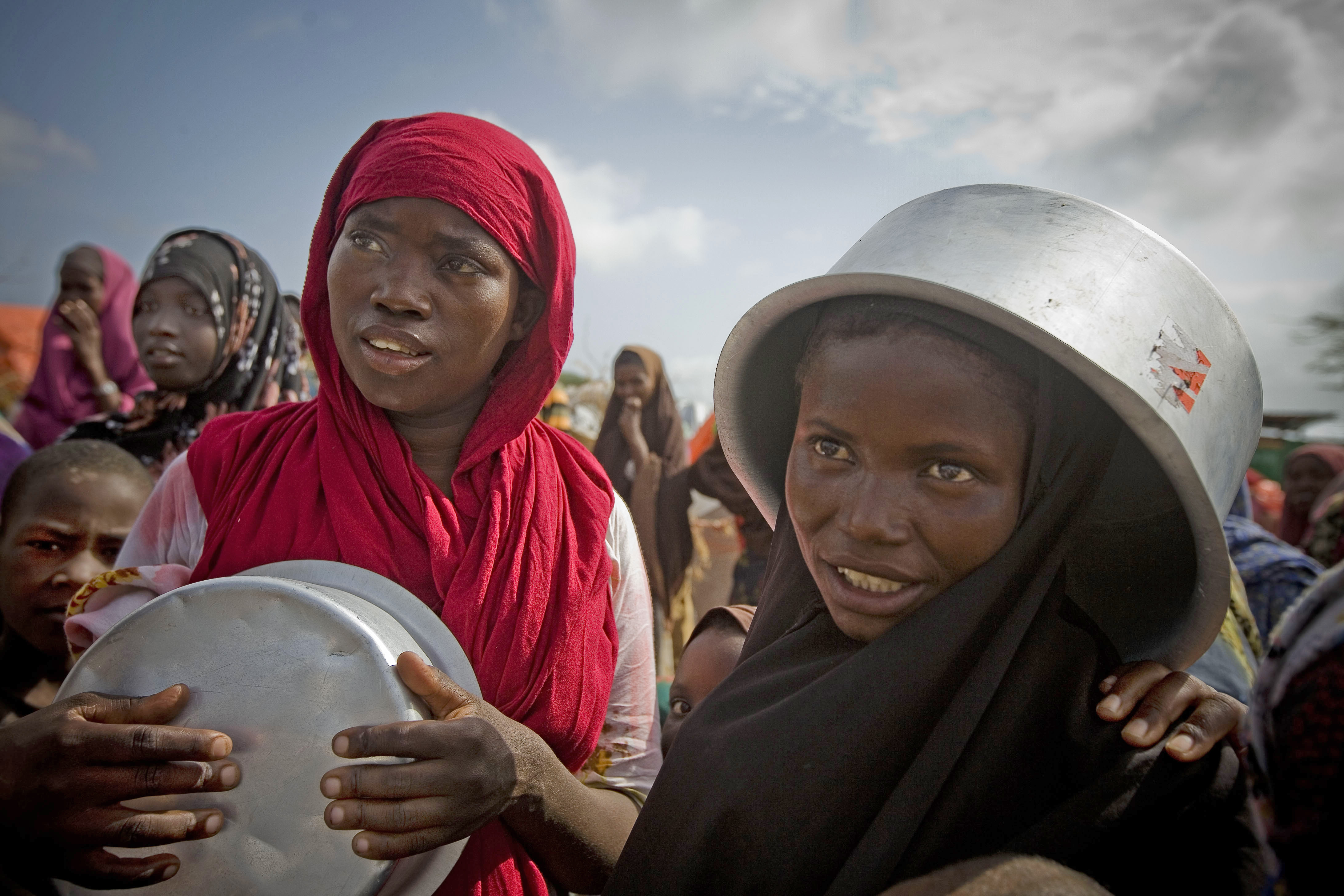 In the long term, the focus for avoiding hunger crises like this one lies in enhancing the resilience of communities themselves, and national governments have a central role to play. More than aid, government policy, practice and - crucially - investment, are vital to build people’s resilience by reducing disaster risk and protecting, developing and diversifying livelihoods.

Alun McDonald: The biggest lesson is that timeliness of the response is key, and early action saves lives. The humanitarian response saved many lives and helped millions of people by providing them with food, water, medicine and other aid - not only for saving lives but also helping farmers and pastoralists rebuild their livelihoods and support their families. However, the response ultimately came too late for many people.

Abdihakim Ainte: Keys lessons are that [the] absence of coordination from the international relief [community] worsen[ed] the enormity of the famine. Also, lack of preparedness on the part of the Somali government and local organizations [was a] key takeaway from the famine. We’ve also learned that the role of [the] Somalia diaspora in alleviating the famine was critical.

Could the famine have been avoided?

Molla: It is difficult to say famine could have been avoided altogether, but the scale and severity of it could have definitely been curtailed through [a] timely and robust response to the early warning information...

Ainte: [The famine] came at [a] critical time when most of the affected regions [were] run by Al-Shabab, [an insurgent group that] ban[ned] aid agencies… That hostility profoundly worsened the magnitude of the drought. From this point of view, it could have being averted, and it’s safe to say it was [a] man-made disaster.

Molla: The 2011 [famine was] precipitated by a combination of a severe drought and consequent harvest failures for two seasons, low purchasing power of the poor, high food prices, and reduced humanitarian assistance hampered by insecurity and inadequate funding - all taking place in the context of an already weakened population whose resilience has been eroded by repeated exposure to frequent shocks and persistently high levels of acute malnutrition. The result was widespread excess mortality.

McDonald: There was a collective failure by governments, aid agencies and donors to act early… There was a reluctance to act and commit resources until there was certainty about the scale of the crisis - by which time [it was] already too late. Many governments don't step up their response until the crisis is in the news - but it's not in the news until people are already dying… Somalia was also an incredibly difficult place for aid agencies to respond effectively. After years of conflict, it was one of the most difficult and dangerous places in the world to work… There are lots of lessons to learn about how best to work and provide aid in such an environment. All our work in Somalia is done with local partners, who can often get better access than international agencies.

Ainte: The belated respon[se] from the international community, together with Al-Shabab’s blockade [of] aid organizations is what went wrong. If Al-Shabab is wiped out of Somalia, and the international community continues to build an early warning system to enable the Somalia government and local organization to forecast drought, chances of [famine] happening again [are] very slim.

Could a famine occur again in Somalia?

"A majority of the rural poor and displaced population of Somalia remains extremely fragile, with its resilience weakened as a result of frequent and repeated exposure to shocks. Under such conditions, the risk of future famines can’t be ruled out unless sustained short-term humanitarian assistance as well as long-term development assistance are provided…"

Molla: A majority of the rural poor and displaced population of Somalia remains extremely fragile, with its resilience weakened as a result of frequent and repeated exposure to shocks. Under such conditions, the risk of future famines can’t be ruled out unless sustained short-term humanitarian assistance as well as long-term development assistance are provided… [Even so,] the conditions that led to the famine are not there at present. While insecurity continues to pose challenges for humanitarian access, food prices have come down substantially and terms of trade and the purchasing power of the population [are] more stable now. The 2012 ‘deyr’ rains have been good and the current ‘gu’ rainy season is proceeding normally and is expected to yield average to above-average harvest[s] and good pasture and water conditions for livestock.

Maehler: Given how vulnerable communities continue to be to seasonal shocks, future deterioration in their situation could occur unless we continue to respond and build communities’ resilience. We are making progress, but humanitarian funding is dwindling… This could have a potentially devastating impact on the… chances for thousands of families across Somalia.

McDonald: Droughts, food crises and poor rains will definitely continue to happen in Somalia and the wider region. But droughts are natural events, whereas famines are ultimately manmade... [For example,] there was a severe drought in Kenya at the same time, but without the massive loss of life. The tragedy in Somalia happened because of a combination of drought, conflict, poor humanitarian access, a slow response, high food prices and a lack of effective government. If these issues are not addressed, then famine could occur again. Somalia was the first famine of the 21st century, and we need to make sure that it is also the last.

What is the way forward?

Molla: Resolution of the ongoing conflict in Somalia is ultimately a prerequisite to address food insecurity and avert famine in Somalia in [a] meaningful and sustainable manner. In the lead-up to the 2011 famine, insecurity ha[d] adversely impacted both assessment and monitoring of the food security and nutrition situation in several parts of Somalia, as well as humanitarian response. At present, there are several areas in south and central Somalia that remain inaccessible due to insecurity.

McDonald: We need to explore more innovative ways of delivering aid and using new technology - for example one of our partners used SMS and mobile phones to transmit cholera-prevention messages to people in insecure areas. In some areas, there was food available but prices were high and people couldn't afford to buy it - so we need to look at alternative aid such as providing people with cash rather than with food aid… We also need to ensure better links between our short-term humanitarian work and longer-term development work.

Ainte: Three initiatives should be put in place: First of all, building an [early] warning system is very critical. Secondly, strengthening local capacity, including civil society organization[s], is very important. Thirdly, continued engagement and partnership with [the] Somali government and local organization[s] is very crucial.

Is Somalia ready for another food security emergency?

Ainte: [The] government has [laid] down core priorities, and security is at the top of everything. In some respects, despite its international focus and support, the current government is better situated and equip[ped] to address future disasters.

Jimale: I think Somalia will be able to respond to a drought like the one in 2011 if government capacity to provide services is consolidated and [the] international community acts in a timely manner.

Jibril: The government is yet to provide services in liberated towns [where Al-Shabab has been driven out], and many areas are still in Al-Shabab hands, so it is hard to react if drought erupts.