India’s northeast state of Assam is on the front lines of a citizenship clash that has already pushed some two million people to the brink of statelessness.

Mass protests have flared across parts of India since mid-December, when lawmakers passed controversial citizenship law changes that critics say are designed to exclude Muslims. The amendment opens up citizenship to religious minorities from nearby countries – but not to Muslims.

Demonstrations erupted in Assam before quickly spreading to other Indian cities. At least 31 people have been killed in police crackdowns, including five in Assam.

The protesters’ grievances are diverse, but at the heart of the demonstrations is a divisive question: who has the right to be a citizen of India?

The government says the law is aimed at protecting persecuted minorities from Pakistan, Afghanistan, and Bangladesh. But many see it as the latest push to exclude India’s more-than 170 million Muslims – and dismantle the country’s secularist principles.

“The government has made it clear that they don’t want Muslims to live in this country.”

Last August, nearly two million people in Assam – many of them Muslim – were excluded from the state’s citizenship rolls in a separate process meant to weed out illegal immigrants. Now, those left off the list face the prospects of appealing their cases before courts known as “foreigners' tribunals”, losing their citizenship, and being detained in a network of detention centres built for people who are declared illegal migrants.

Assam’s verification scheme, officially known as the National Register of Citizens, has drawn parallels to Myanmar’s treatment of its Rohingya minority, who were stripped of citizenship and basic rights over generations.

Modi has rejected calls to axe India’s citizenship amendment; a prominent government minister has also pledged to replicate Assam’s citizenship count nationwide by 2024. Activists fear both the exclusionary law and the NRC will be used in tandem to target Muslims.

“The law provides immunity to all the religious communities in India other than Muslims,” said Aman Wadud, a lawyer who provides free legal aid to people fighting for citizenship in Assam. “If the government brings in the NRC [across the country], it will be only Muslims running around for documents to prove they’re citizens.”

Assam is a window into how this could evolve. The Assamese majority here generally supports the NRC, seeing the Bengali-speaking Muslim minority as foreigners settling on their land. But they also oppose the revamped citizenship law, worried it will lead to more immigration – among Muslims, Hindus, or people of any faith. 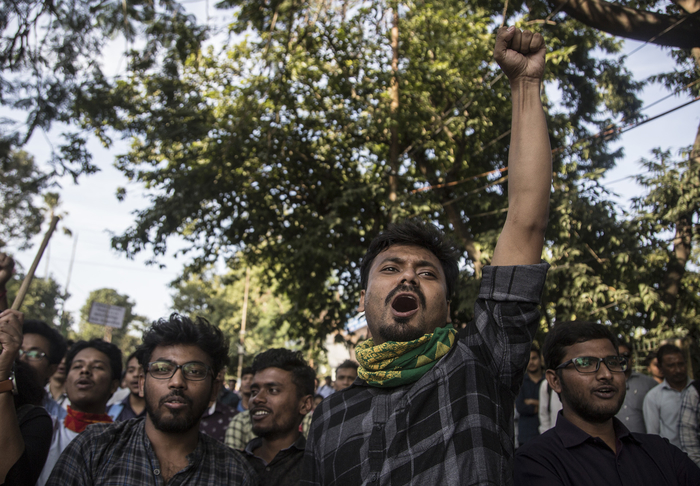 “For us, it has never been an issue of religion,” said Lurinjyoti Gogoi, general secretary of the All Assam Students’ Union, an influential body that has led the protests in Assam.

“We are under threat of becoming a minority in our own land,” he said.

Convinced that the NRC exclusion numbers are flawed – that there are even more undocumented foreigners – Gogoi and others are demanding that the government hold a new citizenship count in Assam.

For many Muslims here, the threat of yet another NRC, paired with December’s citizenship law changes, has added to fears of renewed harassment and disenfranchisement.

The government has yet to finalise August’s original NRC list, leaving many Muslims here in a state of limbo – unsure of their rights, and fearful any new citizenship overhaul will leave them even worse off than they are now.

In Dula Gaon, a mainly Muslim village about 85 kilometres west of Guwahati, rice farmer Abbas Ali is debating what to do.

He and his entire family were excluded from the NRC citizenship list in August, even though his family has lived here for generations.

Like many of Assam’s Muslims, Ali had actually supported the citizenship check: he saw it as a chance to prove he belongs, and to end the social stigma that has kept his family on the margins.

“I have never doubted my nationality. I have farmed these lands for all my life,” he said, pointing to the small patch of land beside his home. “Before me, my father did the same.”

The 64-year-old has heard the calls for a new NRC, but he fears the same result.

“The government has made it clear that they don't want Muslims to live in this country,” he said. “So why should we go through this ordeal again? They just want to declare us foreigners.”

Instead, Ali plans on arguing his case before the notorious foreigners' tribunals, which have operated in Assam for decades through previous rounds of citizenship challenges.

Anti-foreigner sentiment runs deep in Assam, fuelled by the belief that the region’s distinct culture and language must be protected.

Bengali-speaking minorities arrived in Assam in the 1800s under British colonial rule. The population grew over the last century, accentuated by an influx of refugees moving across borders after partition in 1947, and of people fleeing violence during the 1971 war for independence to the south in Bangladesh, until then known as East Pakistan.

In 1985, following a six-year protest movement, the All Assam Students’ Union signed a deal with the Indian government, which agreed to identify and deport foreigners who entered Assam after 1971. The Assam Accord became the basis for the electoral verifications and citizenship checks that have followed.

Many here are in the same situation: about 30 percent of the village were also left off the citizenship registry. In the wider Barpeta district, home to at least 1.7 million people, 13 percent were not included, according to government figures.

Sopiul Haq, 49, a landless farmer in an adjoining district, faces a peculiar dilemma: his 17-year-old son, Yousef, was excluded, but the rest of his family were declared citizens.

“They thought Muslims won't be able to prove their citizenship, but we had all the documents,” he said.

Like Ali, Haq said he would rather borrow money for his son’s defence in a foreigners' tribunal than face another citizenship count.

“I'm worried my entire family will be left out of the list,” he said.

But rights groups say the quasi-judicial foreigners' tribunals are built to reject Bengali-speakers seen as immigrants, rather than offer a fair hearing.

Debasmita Ghosh, director of the Guwahati chapter of India’s Human Rights Law Network, said people facing the tribunals are often ruled foreigners for minor technicalities or misplaced documents, which can be common in flood-prone Assam.

Assam’s ubiquitous border police, set up solely to flag potential foreigners, can also send cases to the tribunals. It’s a system prone to abuse, Ghosh said, citing a case where a roadside tea vendor faced the tribunal after refusing to serve free food to a frequent customer.

“The tea vendor and his family were held in a detention centre for eight years,” said Ghosh. “It was only after we took up the case in the high court that he was declared an Indian in 2018.”

Over the years, Assam’s tribunals have declared more than 129,000 people to be foreigners, while 114,000 were judged to be Indian citizens, according to government data.

But deportations are rare: Amnesty says only four people have ever been deported after the rulings.

Instead, non-citizens face a life without basic rights, at risk of arrest and detainment in controversial detention camps. There are currently more than 1,000 people in six detention centres in Assam, and the government is promising to build more. 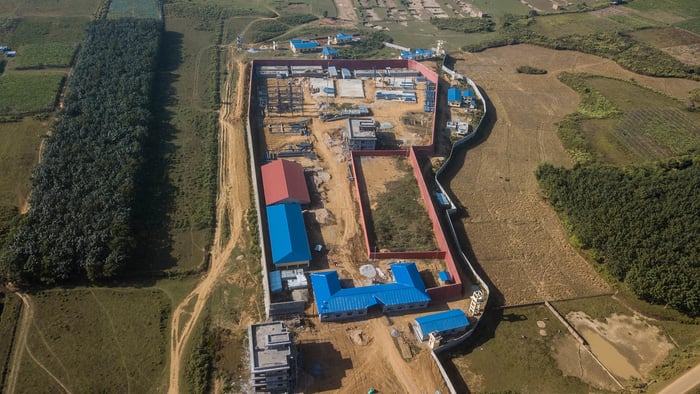 Ahmer Khan/TNH
A detention centre under construction in Goalpara district is meant to hold 3,000 people. Many of the construction workers at the site are minority Muslims.

Construction is underway on one of these facilities near Goalpara, west of Guwahati. Down a narrow road flanked by palm trees and vast fields, workers have erected barracks-style structures surrounded by an imposing concrete wall.

“I hope my children will never have to go through this.”

Farmer Shah Ali spent three years in a place like this. Declared a so-called “doubtful voter” under a previous drive to root out non-citizens, he was sent to a detention centre in 2016. The 44-year-old was set free in December following a Supreme Court ruling ordering the state to release detainees after three years.

“I still can't believe I'm back with my family,” he said, speaking slowly while staring at the river flowing past his home. “I had given up hope of seeing this place again in my life.”

Ali described cramped cells with no toilet, shared with dozens of detainees. “It was horrible,” he said. “I hope my children will never have to go through this.”

But Moiful Nissa, 60, fears that’s where she’ll end up. Also declared a “doubtful voter”, Nissa lost her case at a tribunal a few months ago, despite having all the required documents.

After living her entire life in Assam, the grandmother is now a foreigner in the eyes of the law.

“Every time I close my eyes, I get nightmares of policemen dragging me out of my home,” she said.