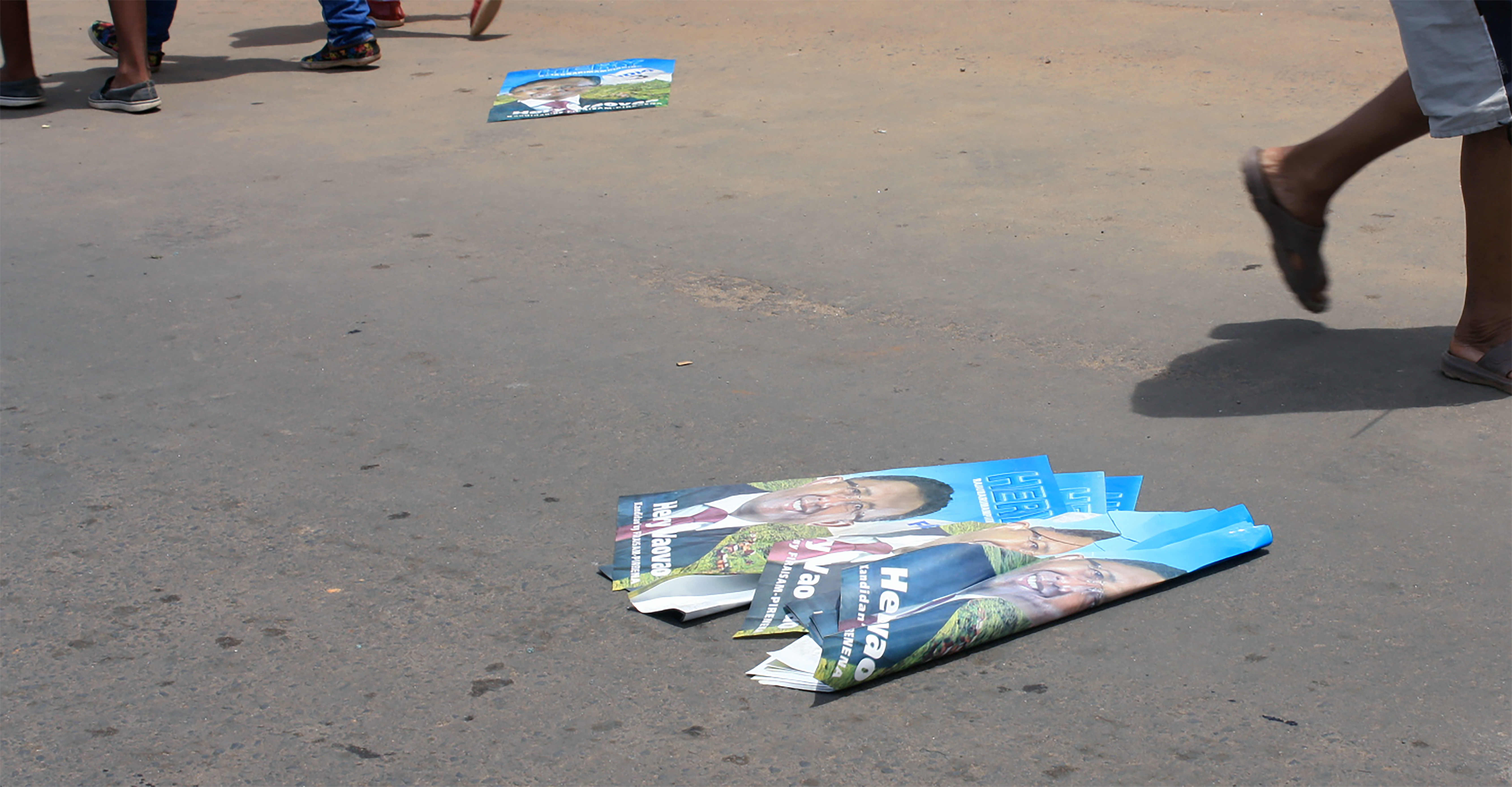 Our editors’ Friday roundup of humanitarian trends and developments.

The Muslim holy month of Ramadan begins next week. As well as fasting and prayer, it's a time for charity in the form of alms known as zakat. NGOs often mount Ramadan fundraising campaigns, an extra source of scarce humanitarian funding. A 2015 study on zakat by consultancy Development Initiatives found billions in play but "conflicting opinions on whether non-Muslims can benefit from zakat and where it can be used." No such doubts blocked one fund, however. A Malaysian state zakat initiative gave $1.2 million for a Red Cross water and agriculture project in Kenya last year, and the communities helped were largely Christian – a deal brokered by the International Federation of Red Cross and Red Crescent Societies. Meanwhile, British NGO Islamic Relief put out a new advert just before Ramadan to encourage donations, with a message about do-it-yourself aid expeditions. In the three-minute video, well-meaning young Yusuf raises money online in the UK and sets off for Niger to personally deliver his own package of aid.

Keep an eye on Madagascar. Following contested changes to the country’s electoral laws, things are in danger of unravelling. That’s the warning the Institute of Security Studies issued to the Southern African Development Community this week regarding intensifying violence between supporters of two former presidents and the government of President Hery Rajaonarimampianina; two people were killed during protests in April. The Pretoria-based research institute predicted “another full-scale crisis” unless a free election takes place with a level-playing field. The tension is fuelled by fears that popular ex-presidents Marc Ravalomanana and Andry Rajoelina could be barred from the race. Amnesty International has urged the government to refrain from criminalising freedom of peaceful assembly and called on the opposition not to intimidate or harass citizens, including schoolchildren, into joining its demonstrations.

In Myanmar, displacement goes way beyond the Rohingya

With so much attention on Rohingya refugees in Bangladesh, it’s easy to forget that Myanmar also has multiple internal displacement crises on its hands. More than 100,000 people are still uprooted in the north, and aid groups say more than 6,800 people have joined them since early April, fleeing indiscriminate shelling by the military in its clashes with a Kachin rebel group.

Elsewhere, a trickle of refugees returned this week to eastern Myanmar after decades in camps in Thailand. The UN’s refugee agency, UNHCR, announced it had helped 93 people return under a voluntary programme. If that strikes you as an infinitesimally small number, you’re right. Almost 100,000 people live in camps along the Thailand-Myanmar border, according to The Border Consortium, which represents aid groups that have worked with the refugees since the 1980s. While Myanmar’s political reforms once filled donors with hope, a national peace process has stalled and many refugees in Thailand aren’t sure if it’s safe to return. Aid funding has fallen, both in the camps and in eastern Myanmar, leaving refugees with an unenviable choice. While the UNHCR returns programme is ongoing, many refugees don’t want to take part because their names could be given to Myanmar’s government. Instead, an estimated 18,000 refugees have returned home on their own since 2012, with no official support.

We’re not sure who actually reads 300-page reports, but this one covers a scary and important reality – indiscriminate and deadly attacks on schools, universities, students, and staff are becoming more widespread. This exhaustive research from the Global Coalition to Prevent Education from Attack contains plenty of facts and figures: the headline number is 12,700 attacks from 2013 to 2017, harming more than 21,000 students and educators. In many countries, female students and teachers are targeted because of their gender (see: Malala, but also plenty of other girls). For those without the patience to get through the whole thing, you can skip to helpful country profiles, and you don’t need to read it all to get the point. As GCPEA’s Executive Director Diya Nijhowne puts it: “Teaching and learning has become increasingly dangerous.”

Getting to grips with cholera

Last year, the World Health Organisation and Yemeni authorities cancelled plans to vaccinate against cholera: a huge epidemic was raging, supplies were uncertain, and permissions, security, and access difficult. On 6 May, a new operation to vaccinate 350,000 people in and around the port of Aden began. This time, a total of 4.6 million doses have been earmarked for Yemen with funding from the vaccine alliance, GAVI. Improvements in the effectiveness and supply of the cholera vaccine mean it’s now feasible to control outbreaks better than ever. In the first four months of 2018, 15 million doses of the oral vaccine have been allocated, more than the 11 million used in the whole of 2017. Billed the “largest cholera vaccination drive in history”, two million people in Malawi, Nigeria, South Sudan, Uganda, and Zambia are to get the oral vaccine in upcoming campaigns. Speaking at a briefing in Geneva, GAVI chief Seth Berkley also said that thanks to access allowing vaccination and good immunisation coverage a cholera epidemic “never came” to the high-risk refugee camps of Rohingya in Bangladesh. Another round of vaccinations for up to one million people there is underway, but a senior WHO official warned: “we’re not out of the woods yet”.

Satellites, cities, health, and trust: four themes pack the programme for an Artificial Intelligence conference in Geneva next week. The AI for Good Summit brings together academics, philanthropists and development types to come up with ideas for good bots to help with the sustainable development goals. You can’t get to the International Telecommunications Union in Geneva in person? The event will also be available on webcast. Oh yes, and a little nugget: one of the conference sponsors is Saudi Arabia, which granted “citizenship” to a robot last year called Sophia, drawing scorn from women’s rights activists.

On 10 May, we published this exclusive story about the deportation of 135 of those arrested Sudanese from Niger back to Libya. They were forcefully loaded onto trucks and taken from Agadez on 7 May. Since then, their whereabouts had been unknown. The regular IRIN contributor who broke the story, Eric Reidy, reached one of the deported Sudanese by phone this afternoon. He said they are still stranded at the Madama border crossing, in a no man’s land between Niger and Libya, uncertain where to go from there. “We left Libya because of the security situation to apply for asylum,” the Sudanese man said. But now they can’t go back to Niger. “No one will try because we were in Agadez and they kicked us out,” he said.

Four calendars for the Rohingya

“We will distribute food at the end of the month.” Straightforward, right? Not in Bangladesh’s crowded Rohingya refugee camps. The Rohingya use four different calendars: the Bangla calendar used in parts of South Asia, the Gregorian or Western calendar, an Islamic calendar for religious occasions, and the Burmese calendar for some official documents back in Myanmar – from where an estimated 693,000 Rohingya have fled since August 2017. But not all these calendars overlap, and some Rohingya refer to all four depending on the subject, according to BBC Media Action, Internews, and Translators Without Borders, which have been collecting feedback from Rohingya refugees.

So what does this mean for the Rohingya and the local and international aid workers assisting them? Be aware of the nuances, and “communicate clearly,” the groups advise. Aid groups have already been criticised for not doing enough to listen to the Rohingya themselves – including relying on complaints boxes with English instructions, despite high levels of illiteracy among the Rohingya. The Rohingya dialect is most similar to the Chittagonian spoken by locals in Cox’s Bazar, but a step removed from Bangla, Bangladesh’s dominant tongue. Failing to recognise these differences could be disastrous, according to a separate Translators Without Borders study on language barriers. In Bangla, the word used to describe a cyclone is jhor. In Rohingya, the same word may describe heavy rain – but not a storm. With cyclone and monsoon season imminent, such subtleties, TWB says, “could be the difference of life and death”. 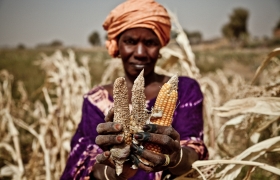