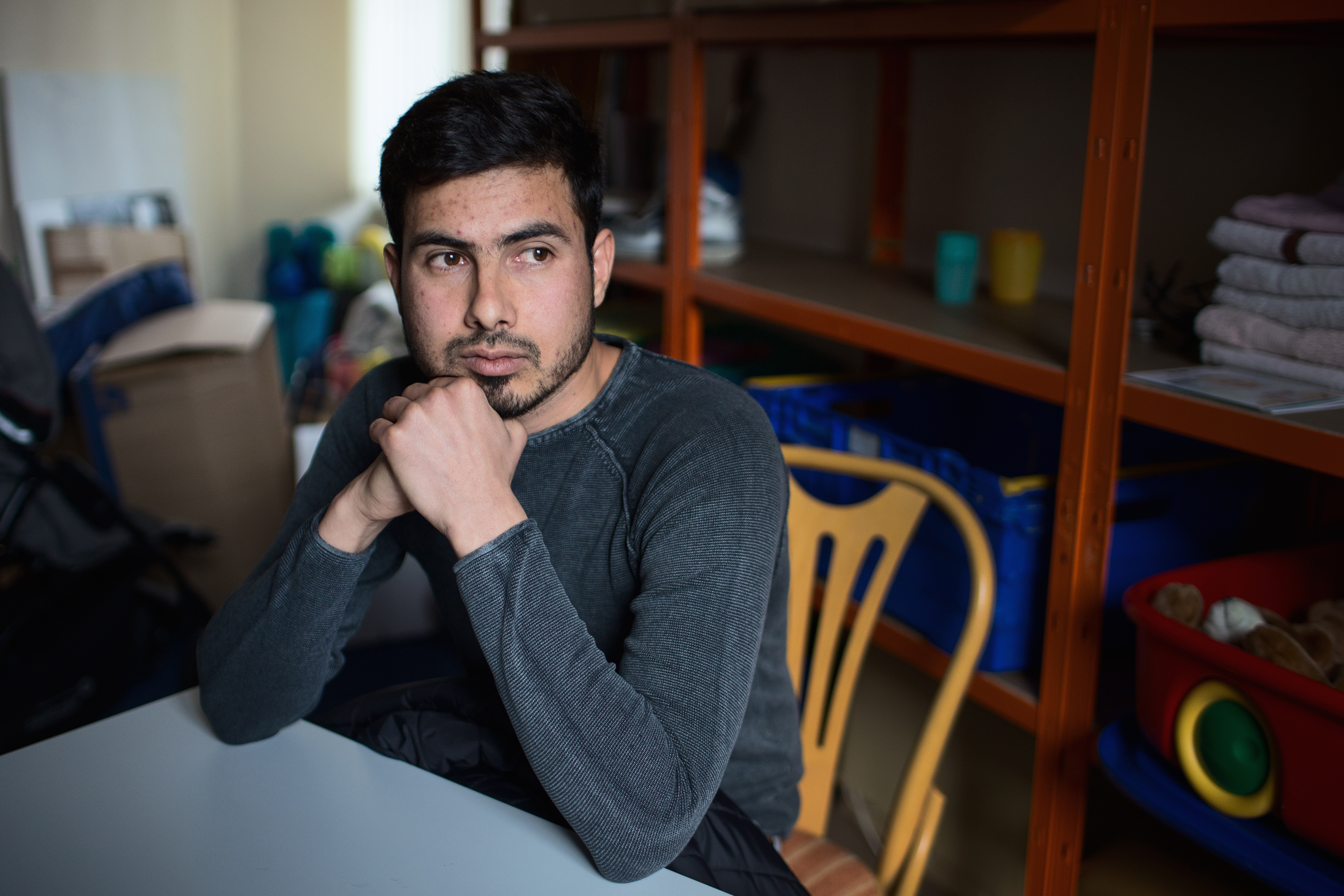 Since arriving in Germany last August and two months later being transferred by authorities to the small town of Altenberg in the east of the country, Rohullah Qaderi, a 24-year-old former TV producer and reporter from northern Afghanistan, has done his best to integrate.

It wasn’t easy in an area where many local residents were unprepared and unwilling to accept newcomers, but he joined an initiative aimed at helping newly arrived asylum seekers adjust to their new lives and managed to acquire an impressive command of German. He made a positive impression on locals involved in the initiative who described him as bright and highly motivated up until this August at least. That was when his asylum application was rejected, just two weeks after his refugee status determination interview.

“I never expected [the decision] to be negative. I had been so motivated and had stopped thinking about the threats [back home]. Once I read the answer, they all came up in my mind. I can barely sleep and can’t concentrate,” Qaderi told IRIN.

Qaderi was among 94,000 Afghans who arrived in Germany in 2015 during what has become known in Germany as the “long summer of migration”. By the end of the year, Germany had received 890,000 migrants and asylum seekers. Afghans made up the second largest non-European nationality after Syrians but, unlike the Syrians, their chances of securing refugee status and being able to remain in Germany were far from certain. In 2015, 27 percent of Afghans were rejected for asylum, according to Eurostat. During the first three quarters of 2016, that figure climbed to 46 percent.

The rise in the number of rejections of Afghan asylum cases in Germany has coincided with a similar rise in rejection rates in many other EU countries. Meanwhile, the conflict in Afghanistan has worsened significantly over the past 18 months, with 11,000 civilians killed or injured in 2015 and another 8,397 between January and September this year, according to the UN.

In its rejection letter to Qaderi, the Federal Office for Migration and Refugees (BAMF) noted that the probability of becoming a victim of Afghanistan’s internal armed conflict was estimated at 0.074 percent, based on a “risk ratio calculation” that draws on population figures and casualties from Afghanistan’s conflict in 2014 -- not high enough to justify receiving asylum in Germany.

Bernd Mesovic, deputy CEO at Pro Asyl, a Frankfurt-based NGO that supports the rights of refugees, suggested that the risk ratio calculation was “absurd” and did not draw on reliable, up-to-date data from regions under the de facto control of the Taliban to paint a realistic picture of the current security threats in Afghanistan. He said the increasing numbers of Afghans rejected for asylum in Europe was aimed at creating the impression with the public that “a majority of Afghans are not in need of protection”.

Qaderi is appealing the decision. He complains that the interviewer did not give him enough opportunity to present his individual case. He told IRIN that in January 2015, he was approached by presumed fundamentalists who wanted him to use his access as a reporter to facilitate an attack on the local governor of a town in northern Afghanistan. When he refused, he was beaten and both he and his family were threatened with death. Ten days later he narrowly escaped a kidnapping attempt and decided it was time to leave. After reaching Turkey via Iran, he took the eastern Balkan route through Bulgaria, Serbia, Hungary and the Czech Republic. In both Bulgaria and the Czech Republic he was arrested and held in custody for more than a month.

“Homeland is like a mother,” he said of Afghanistan. “No one would voluntarily leave their mother behind.”

Being rejected for asylum does not automatically mean deportation. Afghanistan, like many countries, has refused to accept its nationals returned from Europe unless they agreed to leave voluntarily, meaning that people like Qaderi have been allowed to remain in Germany with a tolerated status known as ‘Duldung’, which limits their right to work or access social services. But in September, the print edition of Der Spiegel magazine reported that Germany was about to finalise a bilateral agreement with Afghanistan that would allow it to return Afghans, in some cases forcibly.

And earlier this month, the European Union and the government of Afghanistan signed the “Joint Way Forward on Migration Issues” – an agreement on the “safe and orderly return” of Afghan nationals “irregularly” residing in the EU after being rejected for asylum. It was signed just ahead of a conference in Brussels at which donors pledged financial development aid for Afghanistan.

However, the EU’s foreign affairs head Federica Mogherini denied any connection between the readmission treaty and the promise of $15.2 billion in development aid (more than a third of it from EU countries) to Afghanistan over the next four years.

Qaderi is not convinced. “Is it an agreement or a trade-off?” he asked.

“The Afghan government is corrupt,” he added. “If development aid had been used to build any structures benefiting the Afghan people so far, they would not risk their lives to reach safety in Europe.”

In a statement, the International Federation for Human Rights (FIDH) denounced the readmission agreement as “shameful” and noted that: “sugar-coating the deal by recklessly stating that returns will be safe will not make them so”.

Mesovic of Pro Asyl described the deal as a tool to deter more Afghan people from migrating to the EU and pointed out that even some Afghan officials were reluctant to sign it, including the minister for refugees and repatriations, Sayed Hussain Alemi Balkhi. “Though in the end they seem to have accepted all of the EU’s terms.”

Qaderi said that forcibly returning people who have risked their lives reaching Europe could result in some of them joining the ranks of fundamentalists out of desperation.

His appeal is scheduled to be heard on 16 December at the Administrative Court in Dresden. With the help of a lawyer, he hopes to have a fair hearing with enough time to thoroughly explain his case. But if his rejection is upheld, he says: “I won’t return voluntarily. If they forcibly deport me, I may cease to exist.”

“If I survive, I will certainly escape [Afghanistan] again, as I don’t want to be butchered by Islamists.”