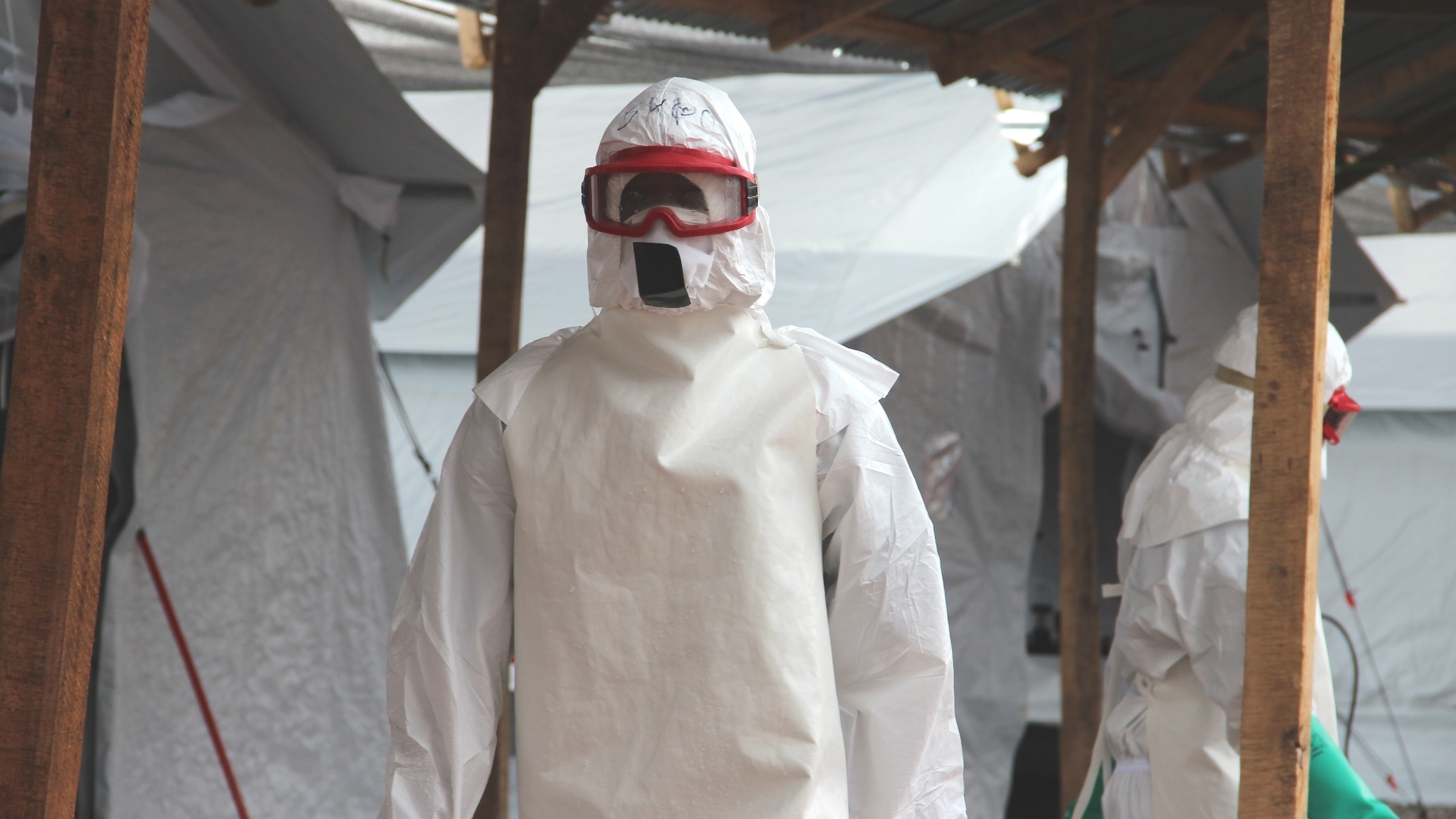 More than 5,000 international healthcare workers and support staff areneeded to contain the ongoing Ebola crisis in West Africa, but doctors, nurses and emergency responders say the uncertainty about what might happen in the field if they get sick is slowing down recruitment.

Last month, International SOS, the leading international medical assistance company which regularly performs medical evacuations, warned in a statement it might be unable to accommodate those infected with the Ebola virus.

"International evacuation for patients with active clinical symptoms of Ebola is extremely limited and may not be achievable if patients have any uncontrolled body fluids, such as vomiting, diarrhoea or bleeding," said the statement.

General Jim Walker, deputy director of international programmes at the faith-based humanitarian organization Samaritan's Purse, told IRIN that many potential volunteers are starting to have second thoughts because of the difficulty of medevac and other logistical issues. "All of these restrictions reduce our ability to recruit," Walker said.

And it is not just the medevac issue that is difficult. It's also basic logistics.

"Flights in are difficult; flights out are even harder," Walker said.

Few airlines are flying in or out of Guinea, Liberia and Sierra Leone, making transportation to and from the region difficult. Flights out are often booked weeks in advance.

Maurice Geary might have been booked on one of those inbound flights if things had been different. He is a logistics expert, currently based in Peru, who has worked for many years in the humanitarian field. He flew to Haiti after the 2010 earthquake and worked in Sierra Leone during a cholera outbreak in 2012.

When he first heard about the Ebola epidemic in Sierra Leone, he wanted to go right away. After all, he still had a lot of friends there and it was the place where he met his wife, another humanitarian worker.

"Every couple of days I'd read the news and I really considered going," Geary told IRIN. He and his wife debated it and decided against going for many professional and personal reasons, but the medevac issue was a factor.

"I think I would go, but I think my wife would have something to say about it, especially without medevac insurance," Geary said. "The medevac would be a make or break for her."

For Geary, Ebola is a risk, of course. But what about the other medical issues? What about the normal, everyday, living-in-a-developing country problems? What if you got cerebral malaria or a debilitating infection? What if you broke your arm or leg? Geary asked: "Would they medevac you or say, 'No, it's an Ebola country?'"

This is a critical gap that responders have not yet figured out how to fill.

"It's already so difficult to get people to go to these regions and to have this on top of that makes it even harder," Geary said.

For Walker with Samaritan's Purse, however, the answer is clear.

"We are committed as an organization to bring them [volunteers] home," Walker told IRIN. Dr Kent Brantly, the first American to get Ebola, was working for a Samaritan's Purse clinic in Liberia when he contracted Ebola in July.

Walker said that during that first evacuation there were no clear procedures to follow. "We were making it up as we went," he said.

And none of it was easy.

"When you have an Ebola patient, you have significant restraints," said Walker.

The plane needed to have an isolation chamber and a decontamination unit for people treating Brantly during the flight. Some countries restricted their airspace, as well, which complicated and lengthened the trip.

The most appropriate plane for the job, the Phoenix Air jet which has transported Brantly and many of the other American and European Ebola patients, is estimated to cost about $200,000 per trip. Walker said the Samaritan's Purse's insurance is going to cover it, but he doesn't take that fact for granted.

"There's a movement afoot," said Walker. "The insurance companies are looking to put in an Ebola waiver." Those waivers would limit coverage of Ebola-related evacuations.

That's something that the smaller missionary organization SIM USA is already experiencing.

"We have been scouring the marketplace for evacuation policies that do not have the Ebola exclusion," said George Salloum, vice-president of finance and operations at SIM USA, to cover more volunteers. But many of the insurance companies that he has looked at so far have been refusing to cover evacuations in the countries most heavily affected by the Ebola outbreak.

SIM USA had to evacuate two of its volunteers from Liberia in the past few months: first the missionary Nancy Writebol and then Dr Rick Sacra. After weeks of negotiation, they learned that their insurance provider, Aetna, will cover the cost of one of the evacuations but they are still waiting to hear about the second one. "It's a serious issue for us because it's hundreds of thousands of dollars," Salloum told IRIN, although he wouldn't say exactly how much. "The reality is that if no one is going to be covered, we'll have to re-evaluate [our presence in Liberia]," Salloum said. "We can't afford to take the liability."

Salloum said they can't afford to take on too many more volunteers, because of these unknown factors.

There are some rays of hope, however, Salloum said. The World Bank pledged another $100 million to set up a hub to recruit and train healthcare workers to respond to the crisis.

And tech billionaire Paul G. Allen, for example, announced last month that he was donating $100 million to the response including money to fund the development of two containment units that will be used for medical evacuations. His foundation also launched a special $2.5 million matching grant fund which would provide financial assistance to organizations that need help paying for evacuation costs. The Ebola Medevac Fund website was launched on 23 October, but by 6 November, it had only raised $22,533 eligible for the matching grant.

"There are people willing to cover the costs [of medevac]," he said. "We just need some coordination and that has not happened yet."