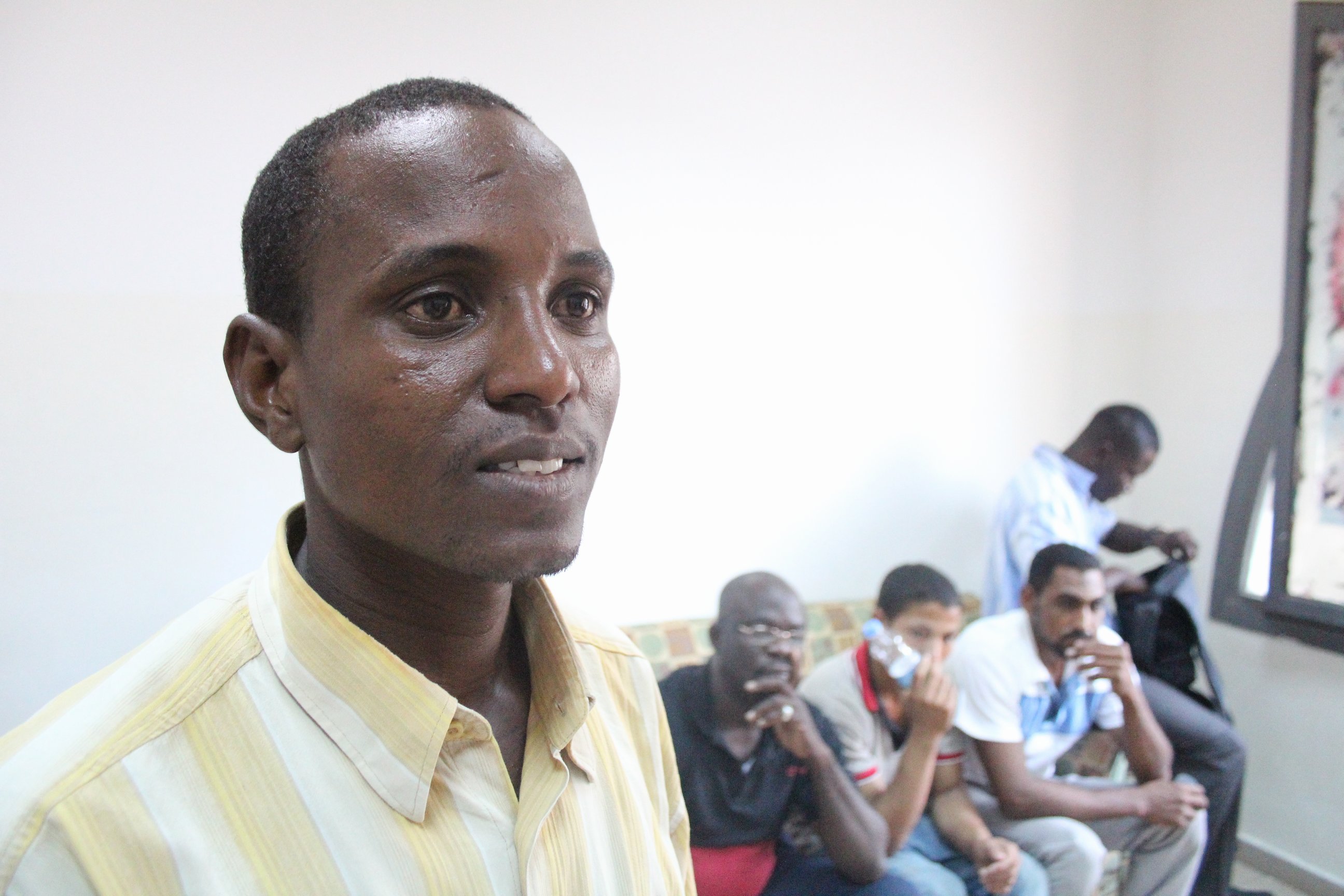 As violence in Libya continues to escalate, most diplomats and foreign workers have by now received assistance from their governments and employers to evacuate the country. But for the tens of thousands of undocumented migrants and asylum seekers in Libya, the only possibility for escape lies in the hands of smugglers.

Even before the recent round of clashes between rival militias, Libya’s lack of a strong central government and its porous borders and proximity to southern Italy had made it a hub for the people-smuggling trade. For asylum seekers fleeing conflict and persecution in Syria, Eritrea, Somalia and elsewhere, Libya has become the default departure point for attempts to cross the Mediterranean, as safer land routes to Europe have increasingly been blocked off by tightened border controls.

According to the UN Refugee Agency (UNHCR), 77,000 migrants and asylum seekers are estimated to have made the crossing from Libya to Italy so far in 2014, eclipsing the total for 2013. The current conflict is likely to push many more to risk the journey on over-crowded, rickety vessels.

The number of boats now departing Libya for Europe has increased from about five a day prior to the current conflict, to 15 a day, according to Meron Estefanos, an Eritrean journalist and activist based in Sweden who regularly speaks to Eritrean asylum seekers facing hardship in Libya and elsewhere, for a weekly radio programme she presents.

“People are desperate and smugglers are making a lot of money,” she told IRIN. While smugglers previously charged about US$1,000 for a crossing, the price has now increased to about $2,400.

"People are desperate and smugglers are making a lot of money"

Both UNHCR and Estefanos’s contacts in Libya confirmed on 5 August that as the capital, Tripoli, has become more dangerous and difficult to reach, an increasing number of migrants and asylum seekers are taking boats from Benghazi and Al-Khums, about 100km to the east of Tripoli. The result is longer and potentially more treacherous journeys to Italy.

UNHCR reported that last week 128 people died, many of them women and children, when their boat capsized near Al-Khums. This brings the death toll in the Mediterranean this year to over 1,000.

Most aid agencies have pulled out

Nearly 37,000 asylum seekers and refugees are registered with UNHCR in Libya, but many more are unregistered and undocumented and, as a result, lack protection from either the refugee agency or their embassies. They are also vulnerable to arrest by the Libyan authorities and removal to one of 19 migrant detention centres.

Most international agencies and NGOs that were previously providing some support to this population have now pulled their staff from Libya.

The Danish Refugee Council, which was assisting migrants held in detention centres and supporting others with counselling, legal advice and non-food items, evacuated its international staff last week and cancelled all of its operations.

“Certainly with international organizations pulling out, some of the most exposed populations are not being reached and supported and that includes migrants, a number of whom are trying to get out of Libya into Tunisia but cannot enter due to the border being closed,” said Christian Hansen, DRC’s interim regional director.

“We are talking to UNHCR about the possibility of supporting migrants and the displaced getting stuck on the border of Tunisia,” he added.

The International Medical Corps (IMC) has moved its international staff to Tunis, but national staff are still providing basic health care, essential medicines and some food and non-food items to migrants and asylum seekers in urban areas and in migrant detention centres in Misrata, Gharyan, Khoms and parts of Tripoli.

Milka Damjanovic, who manages the UNHCR-funded project, told IRIN over the phone from Tunis that already dire conditions in detention centres had been made worse by over-crowding in recent weeks. “These facilities are badly maintained and in bad condition,” she said. “With the fighting, it’s hard to access certain centres, which could pose health problems.

“They should have more assistance. The embassies are not really fully cooperating on this issue and the health system is not capable of assisting them. Now there’s even less support for them.”

She added that since the clashes started, IMC staff had not been called on by UNHCR to assist with health screening following sea rescues. “We do assume that the number of ships are really increasing, based on demand,” she said.

Those migrants and asylum seekers who cannot afford to pay smugglers to get them on boats are vulnerable to the threat of violence, kidnapping and arrest, said Estefanos. “I just spoke to a [Eritrean] refugee in Tripoli. He said there is lots of violence against the refugees; they get robbed on a daily basis. Most of the time they are afraid to go outside as anyone can kidnap them and hold them for ransom. The police also arrest them anywhere.”

The price of being released from detention was $1,200, according to the refugee who added that some prefer to stay in detention centres. “At least we will be safe in prison and don't have to starve any more,” he told Estefanos.