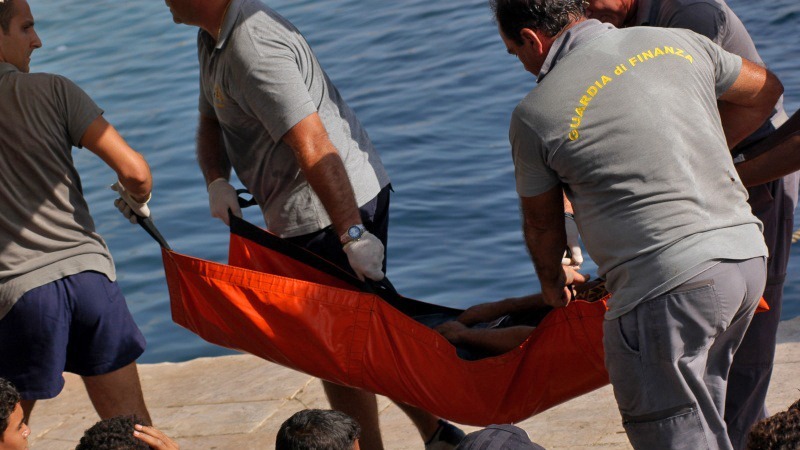 As the number of migrants and asylum seekers reaching southern Europe’s shores this year continues to climb - to about 75,000 at last count - so too does the death toll from attempts to cross the Mediterranean in over-crowded, unseaworthy boats.

The UN Refugee Agency (UNHCR) estimates that more than 800 migrants have died trying to make the treacherous crossing from North Africa since the beginning of the year.

Last week alone, the bodies of 29 migrants were found in the packed hold of a fishing boat where they are thought to have been overcome by engine fumes. According to survivor accounts, 60 others who tried to escape from the suffocating hold were stabbed and thrown overboard by five fellow passengers. A day earlier, the Italian navy rescued 12 people after their rubber dinghy capsized off the coast of Libya. Another 109 who were on the boat are missing.

An unknown number of other migrants who attempt the journey disappear without a trace, their bodies presumably claimed by the sea, leaving families back home desperate for news of their loved ones that never comes.

Yafet Gibe, an Eritrean refugee living in Sudan, last heard from his wife, Brikti, who was trying to reach Europe with their 20-month-old daughter, over a month ago. She called him from Libya, the departure point for most migrants and asylum seekers trying to reach Europe, on 20 June  and told him that she would be boarding a boat on 28 June. Both a friend of Gibe’s based in Libya and the smuggler who had charged US$1,600 for the journey from Sudan to Libya and another $1,700 for the Mediterranean crossing, confirmed that Brikti and her child left on the boat as planned.

But Gibe, who had planned to join his wife in Europe with their other child at a later stage, has not heard from her since and he learned that about 250 other migrants and asylum seekers travelling on the same boat have also failed to make contact with their families. The smuggler insists that they are all in an Italian prison, but as the weeks pass with no word from any of them, this seems increasingly unlikely.

“Now I’m in Sudan and there’s no one that can help me,” Gibe told IRIN over the phone from Khartoum. “Some of my friends in Europe have contacted the Red Cross and they’re checking the names of those arriving in Italy, but there’s no news.”

No system for identifying dead migrants

Currently, Europe has no centralized system for identifying the bodies of migrants, who often travel without documentation, nor for informing their families in origin countries. Where there is no dead body available to collect DNA samples and other identifying data, the task of helping families to trace missing relatives is even harder. Now there is mounting pressure from migrant and human rights advocates who argue that migrants’ families have a right to know the fate of missing relatives and European governments should be doing more to help them.

"There's an inability to grieve when you don't have closure; entire lives become focused on the return of the loved one and family relations can disintegrate"

“There’s an inability to grieve when you don’t have closure; entire lives become focused on the return of a loved one and family relations can disintegrate,” said Simon Robins, a researcher with the University of York’s Centre for Applied Human Rights, who recently co-authored a briefing paper on how Europe could better deal with the migrants who die or go missing on its southern frontier.

He and his co-author Iosif Kovras from Queen's University, Belfast argue that “there is a humanitarian imperative and a moral and legal responsibility” to attempt to identify the bodies of dead migrants, inform their relatives and treat their bodies with dignity. However, based on research Kovras conducted on the Greek island of Lesbos, this rarely happens. He found “a gray zone where no authority assumed responsibility” for dealing with the bodies of migrants retrieved by the island’s coast guard. Nor is there any national or EU budget allocated for their burial.  The result is that “unidentified migrants are hastily buried in unmarked graves” making it impossible for families to locate their remains.

“Gathering data from bodies is crucial where there is a body, but clearly a significant fraction of bodies are at the bottom of the Mediterranean Sea and will never be found,” said Robins, adding that there are still ways of reconstructing who was on a boat.

The International Organization for Migration (IOM) interviews survivors of shipwrecks and other disasters at sea who are brought to Italian ports in an effort to compile a list of migrants whose bodies were lost or dumped at sea. The list is then passed on to the Italian authorities.

“What happens in practice is that as soon as a new shipwreck is reported, we’re immediately called by the families. We would then put them in touch with someone who was on the boat to determine if their relative was there,” explained Simona Moscarelli, a migration law expert with IOM in Rome. “In some cases, we’ve also accompanied migrants’ relatives to the police so they can report the missing.”

The shipwreck that claimed the lives of more than 350 mainly Eritrean asylum seekers off the coast of Lampedusa in October 2013 shocked the world and provided the impetus for the Italian navy’s search-and-rescue mission, Mare Nostrum, which has rescued tens of thousands of migrants since it launched. The incident was unusual in that it occurred so close to shore that divers were able to retrieve the bodies. However nine months later, more than half of those bodies remain unidentified and the families of those that have been identified are yet to be officially notified, according to the Italian Red Cross.

Local authorities have taken DNA samples from all of the bodies, but without comparison samples from close relatives (known as ante-mortem data) that would allow a match to be made, the samples have little value. The 50 percent of the bodies that have been identified were mainly as a result of linking up relatives (who called organizations like the Red Cross and IOM in the days following the tragedy) with survivors who could confirm whether or not their family members were on the boat.

Both the Red Cross and IOM have a presence in Eritrea and potentially could collect DNA samples from relatives, but according to Lourdes Penados, regional forensic advisor with the International Committee of the Red Cross (ICRC), not many of the immediate family in Eritrea have made contact and asking them to present themselves for DNA collection presents considerable diplomatic and security challenges in a country where emigrating without the permission of the state is forbidden and severely punished.

ICRC hosted a conference in November 2013 on the issue of how Europe’s Mediterranean countries could better manage and identify dead migrants.

“We found that the problems are similar in most of these countries,” Penados told IRIN. “There’s a lack of databases for unidentified bodies and a lack of communication between institutions at the national and regional levels.”

A number of recommendations came out of the conference, including that there be standardized practices for collecting and managing information on dead migrants and that the data be recorded in centralized databases accessible to all relevant institutions. However, Penados said progress on implementing the recommendations had so far been very slow despite the ICRC’s efforts to lobby the European Union (EU) on the issue.

“It’s a regional issue so the EU has to get involved and also allocate resources for this centralization to happen,” she said.

“It’s potentially a hugely complicated logistical problem,” admitted Robins, who nevertheless argued that with sufficient political will, the obstacles could be overcome.

Andreas Kleiser of the International Commission for Missing Persons (ICMP) agreed that tracing dead migrants back to their families in various origin countries would take “a sizeable effort” but that similarly complex efforts to identify the dead in the wake of natural disasters and conflicts had yielded results.

“If you go back to the [2004] tsunami in Thailand, you had about 8,500 victims, among them many tourists from all over the globe. So you had to find the family members and get the DNA references and that was done. Interpol and national police forces cooperated to ask family members for DNA samples.

“So it can be done, but it takes a mechanism to coordinate these things and you need money.”

Last year, ICMP and IOM signed a cooperation agreement that aims to draw on ICMP’s long experience in using DNA testing to trace the missing and its sizeable database of reference and victim profiles and align this with IOM’s presence in origin countries where it could collect missing person information and DNA samples. However, concrete programmes have yet to be put in place and there is widespread agreement that leadership and funding needs to come from the EU.

“It involves EU member states and EU border protection systems,” pointed out Klesier. “It needs to be addressed at an EU-wide level and in the external relations of the EU as well.” 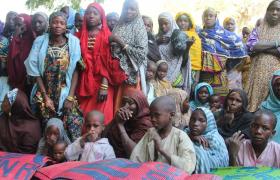