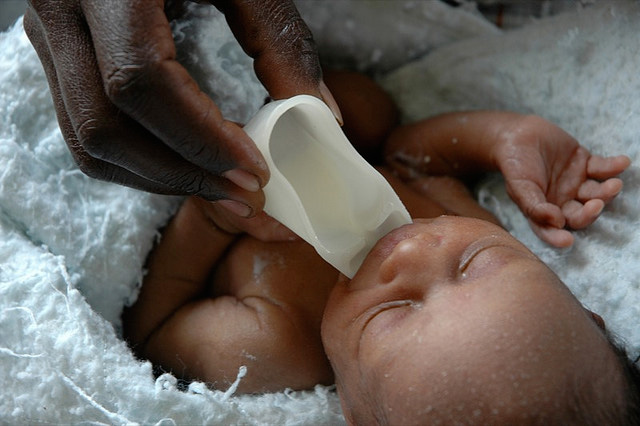 Child mortality rates declined by 47 percent globally between 1990 and 2012, a major new study by the UN Children's Fund (UNICEF) has revealed, although this still falls short of the targets required to meet the UN Millennium Development Goal (MDG) relating to child survival.

In 2012, 6.6 million children under the age of five died, compared to 12.6 million in 1990. This figure has been steadily dropping over the last two decades. Pneumonia, prematurity, birth asphyxia, diarrhoea and malaria are the leading causes of death among under-five children.

"The strong progress the world has made over the past two decades is due to the increased availability and affordability of effective treatment, innovative ways to deliver critical interventions to the poor and the excluded, and sustained political commitment," said Gupta. "These life-saving interventions continue to drive down the global under-five mortality rates."

For example, in Uganda, MTrac, an innovation using SMS to track supplies of medicines in health centres across the country, has helped reduce illnesses and deaths related to shortages of essential stocks. And in Bangladesh, community health volunteers, trained to provide essential home-based care and diagnosis to mothers and infants, aid in providing basic care in remote areas.

In Ethiopia, 38,000 health extension workers, paid by the government and trained and supported by UNICEF, are providing life-saving care to many across the country who would otherwise not have access to it.

"I believe it is the work of these amazing community health workers who have really put the country to achieve these results," said Kesetebirhan Admasu, Ethiopia's Minister of Health.

The report indicated that even some of the world's poorest countries were able to dramatically reduce child mortality rates. "We know that overall economic development is helpful, but is not a really a prerequisite to significant under-five mortality reduction, as we've seen from a number of countries," said Mark Young, UNICEF's senior health specialist.

Sub-Saharan Africa, the region with the highest child mortality rates, has quadrupled the pace of decline in under-five deaths since 1990.

But the progress made still falls short of meeting MDG 4.

"Global progress on child survival remains uneven, with marked disparities within and between countries," said Gupta. "Many of the world's under-five deaths are geographically concentrated. The region of West and Central Africa has the highest rate of under-five mortality in the world, with one in eight children dying before the age of five."

To achieve the global target, "between the period 2013 and 2015, three-and-a-half million children's lives will need to be saved," said Tessa Wardlaw, chief of statistics and monitoring at the UN World Health Organization (WHO).

At current rates of decline, MDG 4 will only be achieved globally in 2028. Furthermore, as the total number of under-five deaths has decreased, the proportion of neonatal deaths - deaths of infants within the first 28 days - has increased.

A massive challenge is actually reaching these children in time to provide them with lifesaving neonatal care. "We need the whole society behind it," Pearson said.

"We have examples of countries that are able to accelerate their action, but on the whole, the attention to care of the newborns has not been as great as the attention to the post-neonatal deaths," said Elizabeth Mason, director of the department of maternal, newborn, child and adolescent health at WHO.

"[It would be most effective] if they can sharpen their plans to attack the biggest killers, and then move the services to where they are needed most," said Tesfaye Shifraw, regional advisor for child survival and development for UNICEF's Eastern and Southern African Office. "We do know where to concentrate our next phase of work."

In countries that are rapidly reducing child mortality rates, "we're seeing health sector planning and financing that is really based on scaling up coverage of the known high-impact interventions that address the main child killers - malaria, pneumonia, diarrhoea - but also reaching out beyond the health sector and addressing some of the underlying determinants of health," said Young. "Things like girls' education, nutrition, food security, poverty reduction and increase in social sector spending." 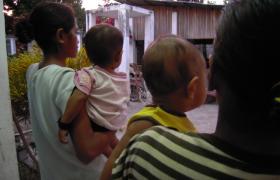