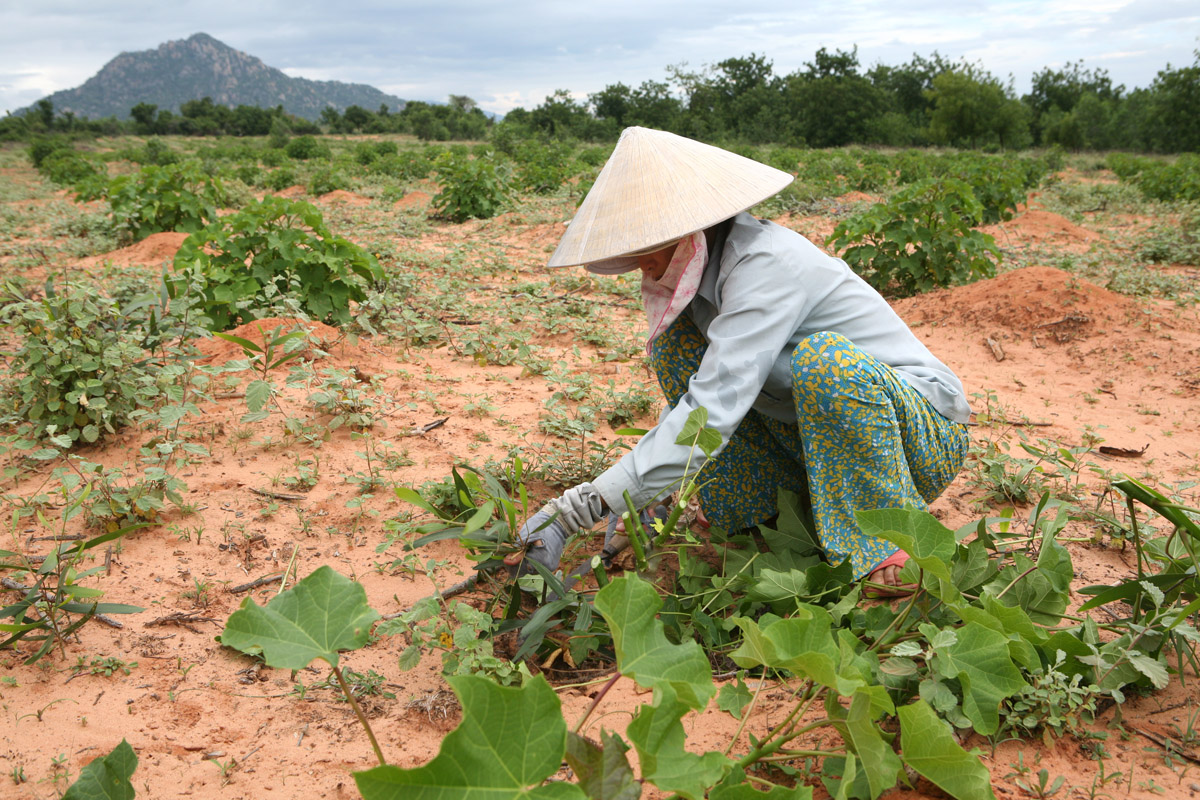 Vietnam's inflation rate is among Southeast Asia's highest and its population is struggling to keep up with sharp increases in food, fuel and electricity prices.

On 1 March the government increased electricity prices by a record 15 percent to an average 1,242 dong (US 6 cents) per kilowatt per hour. The week before, petrol prices were raised by 18 percent to 19,300 dong (93 cents) per litre.

In Vietnam, inflation has increased every month since August 2010, reaching 12.2 percent in January.

"Things are getting really uncertain," said Nguyen Bich Hanh, 25, a public school teacher who lives on the outskirts of the capital, Ho Chi Minh City. "We are struggling to pay for electricity, and food [prices are] getting extreme."

In the past two months, Nguyen said the price of high-quality rice, for example, had increased by almost one-third to 22,000 dong ($1.13) per kilogramme.

She earns $150 a month and spends most of it on food and transportation for her family of five.

The World Bank ranks Vietnam as a lower middle-income country. Still, worries about poverty run deep in a country where 80 percent of the population lives in rural areas and most of the workforce is agricultural.

Half the population lives on less than $2 a day, and many could slide into poverty because of economic shocks and natural disasters, according to AusAID, the Australian government's aid agency.

Nguyen saves money by turning off the electricity at home at all times, and increasingly, by skipping meals.

"Fewer kids are coming to school because they need to help their families," she said.

"Many rural households in Vietnam have small gardens, small fish ponds or other aqua-raising opportunities, chickens or ducks... that help to feed their families," he told IRIN. "In hard times, these sources of food become even more important.

"Youngsters in the household may go to school without school supplies. They may have to quit school altogether," he added. So far, Vietnam has performed well in enrolling students in primary school and keeping them there.

In 2009, net enrolment in primary school was 97 percent and 88.5 percent of children who enter primary school complete at least five years, according to the UN office in Vietnam.

But should inflation increase sharply beyond current levels, said Kerkvliet, general stability could slide. "Should shortages of key commodities like rice and wheat become extreme, villagers are likely to protest in various parts of the country," he said. "At present levels of inflation, the likely political change will be policies aimed at addressing the problems."

This year, the government hopes to limit inflation to 7 percent, compared with 11.75 percent last year.

For Nguyen, poverty is more pressing than numbers on paper. "They say our country is becoming richer," she said, "but this does not matter if regular people cannot afford anything."