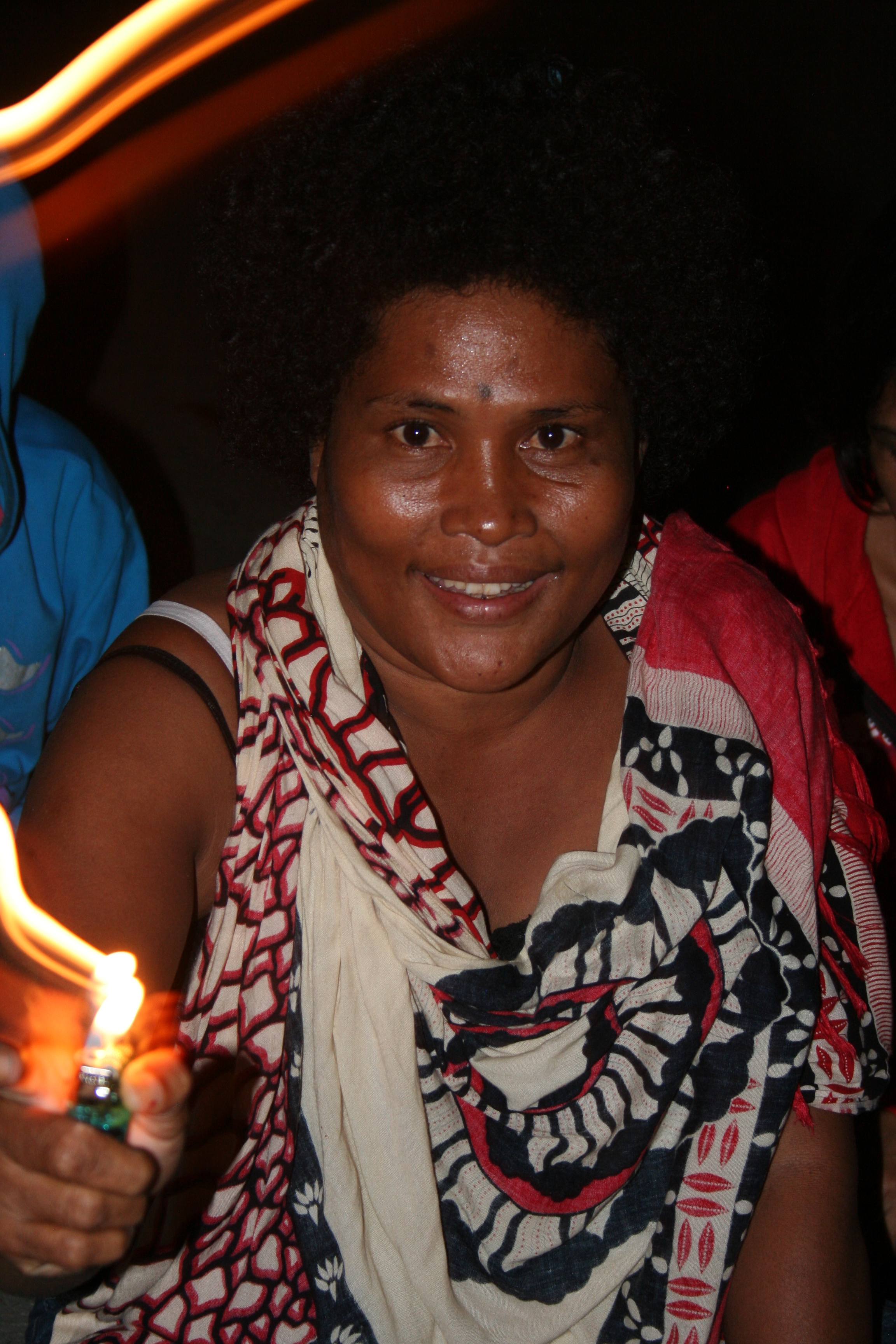 At night, Imbi Park, in the Indonesian city of Jayapura, buzzes with a furtive, sleazy energy - this is where, beneath a statue of US World War II hero General Douglas MacArthur, Jayapurians shop for sex.

Knots of sex workers sit and wait among the "Ojek" - the motorbike-taxi drivers - the cheapest way to get around in Indonesia. These street walkers are at the lowest rung of the sex industry in the Melanesian island of Papua, Indonesia's easternmost province.

Some are extremely young. Marcella, 14, told IRIN/PlusNews she had been working around Imbi Park since she was aged 10. Her father was a soldier posted to the next-door province of West Papua, who remarried after her mother died. Marcella did not get on with her stepmother and ran away from home. She knows of six other children from similarly broken homes selling sex.

Marcella shares a room with three women, all divorced, two of whom have children to support. With only limited education in a region where formal job opportunities are scarce, prostitution is one of their few options.

"It's not a good choice, but there is no other choice," said Vanda Kirihio, the director of Yayasan Harapan Ibu, an NGO working with sex workers in Jayapura. "They don't think about the future, only about their survival."

Nearly all the sex workers IRIN/PlusNews spoke to at Imbi Park had a packet of condoms. They were aware of HIV, as were most of their clients, they said, but all admitted they had sex without protection if a customer insisted.

"Men have egos, they want to see themselves as strong and macho, so they don't want to wear condoms," said Kirihio. "They say they are not afraid, and infection or no infection, they are going to die sometime."

Condom use is extremely low across the two provinces of Papua and West Papua, collectively known as Tanah Papua (the land of Papua). According to a 2006 behaviour study, just 2.8 percent of people used a condom in their last sexual encounter. When sex was paid for, the figure was slightly higher than 14 percent.

Tanah Papua has an HIV prevalence rate of 2.4 percent among people aged 15 to 49, the worst in Indonesia. Its hard-to-reach lowland and highland regions limit the delivery of health and education services, but do not inhibit the mobility of those looking for seasonal work or trading, who are familiar with the footpaths that crisscross the heavily forested terrain. This has allowed the virus to penetrate some of the remotest parts of the island.

Multiple sexual partners are common in Tanah Papua, alcohol abuse and sexual violence are high, over one-third of Papuans have never attended school, and male circumcision, unlike in the rest of Indonesia, is rare; the multiplicity of languages and cultures - roughly 250 - complicates advocacy campaigns.

Under the statue of MacArthur, staring out across the sea to the Philippines, Papuan sex workers make a difficult living among local ethnic Melanesians and working-class migrants from the rest of Indonesia, settled here by the government in the 1970s and '80s in response to a separatist movement opposed to Indonesian control.

At the top end of the sex industry are the karaoke bars and brothels like Asiefa, a 20-minute drive from Jayapura on the shore of Lake Sentani, one of the more picturesque locations for a house of disrepute.

With dyed jet black hair, sadly only drawing attention to his advancing years, high-waist trousers, and ring glinting on pinky finger, Hassan Haryanto looks every inch a brothel manager. He ushered the IRIN/PlusNews reporter into his office to show off a declaration signed by, among others the chief of police, proclaiming the complex was committed to "100 percent condom use".

"Those who don't use we can reject," he said firmly. But the injunction has loopholes, judging by the level of sexually transmitted infections (STIs) treated at the brothel's clinic.

The clinic, supported by the international NGO, Family Health International (FHI), treated 328 STI cases in October 2008. "From the examination results they have STIs, so if they're saying they always use condoms with their clients, that's impossible," said the clinic's Dr Hesti Purikasari.

Voluntary HIV testing of 300 women working in the complex in 2006 found 22 were HIV positive. Three of them have since died, but the rest might still be working, said Dr Purikasari. She did not know whether any of them were receiving antiretroviral drugs, as treatment and case management were handled by a hospital in town.

None of the sex workers in Asiefa are Papuan; most of them are from Java, Indonesia's most populous island, lured by the money that can be made from the soldiers and civil servants that are the typical customers of the establishment.

Three women IRIN/PlusNews spoke to in the afternoon lull before business got going, said the many months they had spent in Asiefa were worth it. Despite the monthly deductions for basic services like water and electricity, a kickback to a man who provided "security", and a fee to Hassan, they said money could be made, which was sent home to the parents looking after their children.

They insisted they were HIV-aware, but in an impromptu quiz all assumed the virus could be transmitted by kissing, and one believed it could be caught from a toilet seat. And while they maintained condoms were a must with customers, none used them with their boyfriends.

"We love and believe our boyfriends, and they don't want to use them," said Dika, curled up on a bed with her two colleagues.

Gus Sutakertya, the head of FHI in Tanah Papua, believes a lot more needs to be done at all levels of society, and without delay. "There are not enough programmes on HIV/AIDS; government and cultural leaders don't talk about AIDS," he told IRIN/PlusNews.

"I'm very worried; if we don't do something now, the future is bleak for Papuans, and Indonesians as a whole."