This article is part of our in-depth coverage. Read more like this...
OTTAWA

Shortly before midnight on 10 December, 163 Syrian refugees arrived in Toronto from Beirut, the first of 10,000 Syrians due to be airlifted to Canada by the end of the year.

They were greeted at the airport by a swarm of media and dignitaries, including the mayor of Toronto, the premier of Ontario, and Canadian Prime Minister Justin Trudeau, who worked with hundreds of volunteers and immigration department staff to distribute winter clothing to the new arrivals.

The prime minister asked a toddler named Madeleine if it was past her bedtime and helped her father, Kevork Jamkossian, try on a black winter coat. He presented a smaller one to the little girl.

Madeleine and her parents are among more than 200,000 refugees to enter Canada through its private sponsorship programme since 1979. The programme allows groups of individual Canadians to finance the resettlement of specific refugees. Besides making a financial commitment, sponsors provide practical and emotional support as the new arrivals settle into their new homes.

No equivalent exists in Europe, with the exception of Germany, where most federal states allow private citizens to sponsor Syrian refugees. The UK announced recently that it plans to introduce a private sponsorship programme along the lines of Canada's but details have yet to emerge. Only half of the other EU member states have refugee resettlement programmes, and only a handful of those have expanded these in response to the Syrian crisis.

Last week, the Migration Policy Institute released a report calling on the EU to consider the role that private sponsorship programmes like Canada’s could play in helping more refugees come to Europe without having to resort to arriving irregularly by boat.

An image of a small boy

In September, Deidre Kelly, like many Canadians, was gripped by the image of three-year-old Alan Kurdi, washed up face down on a Turkish beach. The toddler, his mother, and his older brother drowned when their boat flipped over while crossing choppy waters between Turkey and Greece. They had fled their home in Syria, with the hope of eventually seeking asylum in Canada, where the boy’s aunt, Tima Kurdi, already lived.

“I think I had the same reaction as everyone. I was really upset to see it,” Kelly, who works as a French-to-English interpreter at the House of Commons in Ottawa, told IRIN. “I was actually really down about it initially because I wanted to help, but I didn’t know how.”

Kelly received an email the following day from a colleague asking co-workers to contribute 500 Canadian dollars to join the newly-minted Ottawa Salam Refugee Sponsorship Group. The goal was to privately sponsor a Syrian family to come to Canada.

Within days, recalled Jacqueline Couture, one of four Ottawa Salam co-chairs, 38 people had pledged money and joined the sponsorship group.

“It’s been said that this is the worst humanitarian crisis since the Second World War and a lot of us felt compelled to do something,” Couture told IRIN.

Initially, they considered the government’s “Group of Five” option, through which five individuals from different households make a joint legal and financial application to the immigration department to independently sponsor refugees to Canada. The application process and legal work involved is extensive, however, and many Group of Five applicants wait years for their sponsored families to arrive.

“Instead, we reached out to the Anglican Diocese in Ottawa, which has four decades of experience settling refugees,” said Couture. “They hadn’t worked with a secular group before – with people outside of their respective congregations. But a group of lawyers had already approached them to form a sponsorship group of their own, and they drew up a generic legal document. So it made it quite easy for us.”

Opening up the process

The Anglican Diocese of Ottawa is one of 97 Sponsorship Agreement Holders identified by Canada’s immigration department that have a special relationship status with the government. SAHs act as umbrella organisations for smaller groups, like Couture’s, that want to privately sponsor refugees.

Under the agreement, Couture’s group committed to pay all the administrative and set-up costs for a refugee family – including their furniture, clothing and medical exams – plus their living expenses for one year. The group was also required to map out and implement a plan to meet the family at the airport, help them connect with local settlement services, apply for identification documents, register for language classes and integrate into the job market as quickly as possible. 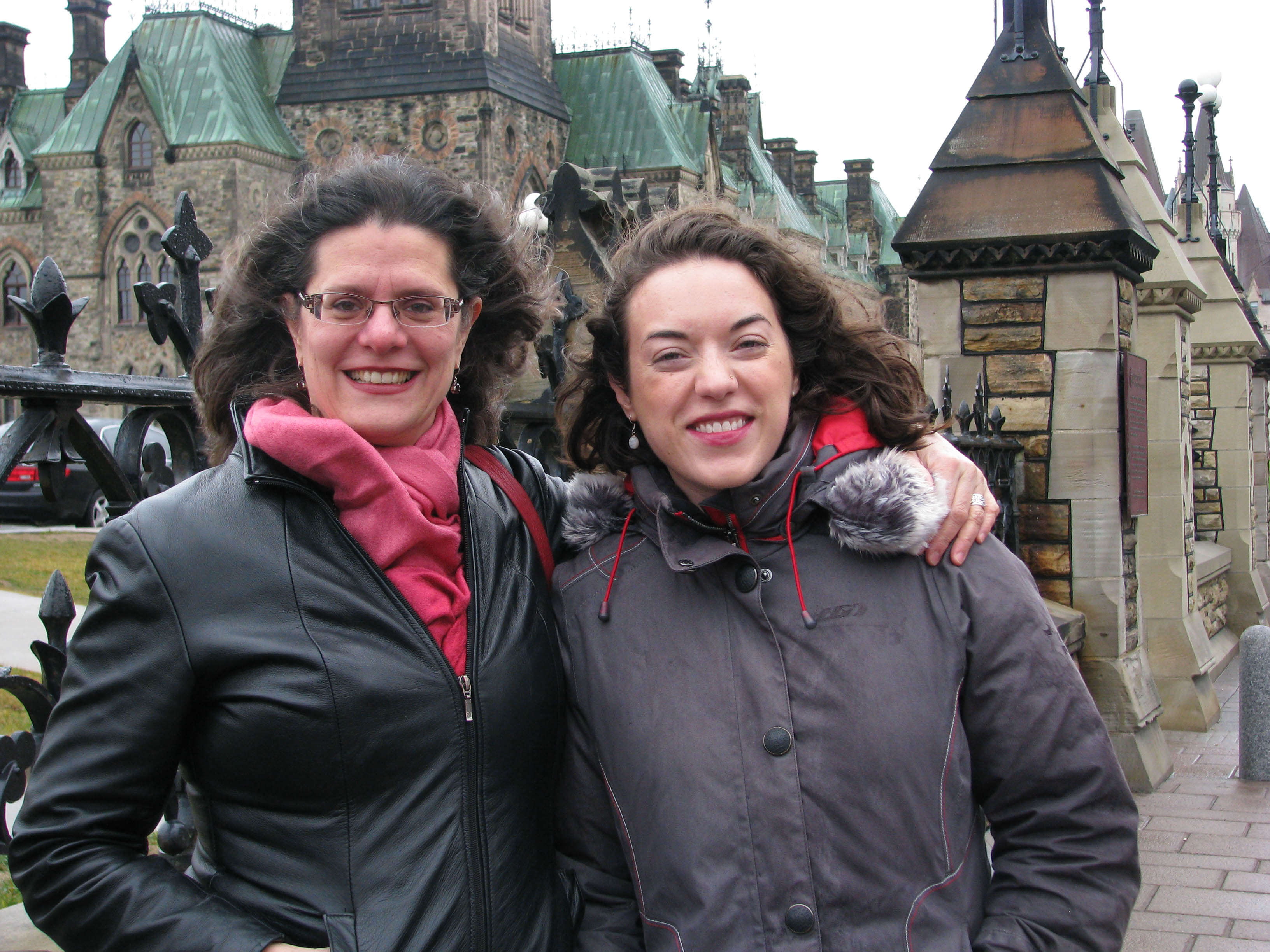 When Couture’s group first began fundraising, Canada was in the midst of a general election. Following 10 years of Conservative rule, Trudeau’s Liberal government won a strong majority of votes on 19 October. The Liberals had campaigned on the promise they would fast-track the settlement of 25,000 Syrian refugees to Canada by the end of the year.

The Trudeau government later adjusted its timeline, promising to bring 10,000 by the end of December, and to airlift a further 15,000 from refugee camps in Jordan and Lebanon by the end of February. A significant number will be received by private sponsors.

The new government has also committed to fast-tracking and expanding applications through its Blended Visa Office Referred sub-programme, in which the government commits to paying the first six months of living expenses for any refugee brought in by a private sponsor group.

The BVOR list, once only available to Sponsorship Agreement Holders, like the Anglican Diocese of Ottawa, has now opened up to any Groups of Five or community groups that wish to choose refugees from the priority list, a huge incentive for Canadian philanthropists.

“They’ve opened that distribution list to all of these people across Canada and it’s turned into a scrum,” explained Margaret Richardson, chair of the Interchurch Refugee Group in Ottawa, which has been sponsoring refugees since 1989. “If you happen to be sitting in front of your computer when the list comes in, you may get to place a hold on the family of your choice. Our group has been trying to sponsor a Syrian family since September, but they’re all getting snapped up so quickly. It’s wonderful that so many people want to sponsor refugees.”

Syria has put Canada’s unique private sponsorship programme in the spotlight, both within Canada’s borders and across the world. But for decades, various diaspora groups and religious organisations have led the charge to help people from 140 countries find refuge in Canada.

Richardson, whose Ottawa group is currently helping settle a family recently arrived from Burundi, hopes that once people realise the impact of helping a family seeking refuge, they will continue to want to help for years to come.

“Refugees arrive with so much more than what’s in their suitcases,” Richardson told IRIN. “They bring patience, resilience, resourcefulness, courage, dignity, and hope.”

Kelly has been working with others in her sponsorship group to find and furnish a home for the Syrian family of five their group is sponsoring with the help of the Anglican Diocese. The family was expected to arrive at the beginning of December, but delays at the processing centre in Beirut means their new home – a flat in Ottawa – could sit empty for several more weeks.

“The delays are hard on a logistical level, because we want them to be settled as soon as possible,” said Kelly. “But it’s also difficult on a personal level because I feel really attached to them already and I’m so excited to meet them.”