Bangladesh was hit by floods in late August and early September 2014, displacing hundreds of thousands and destroying crops. 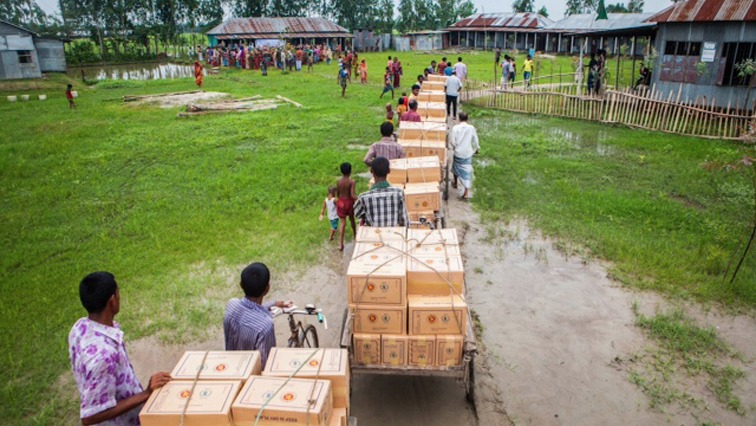