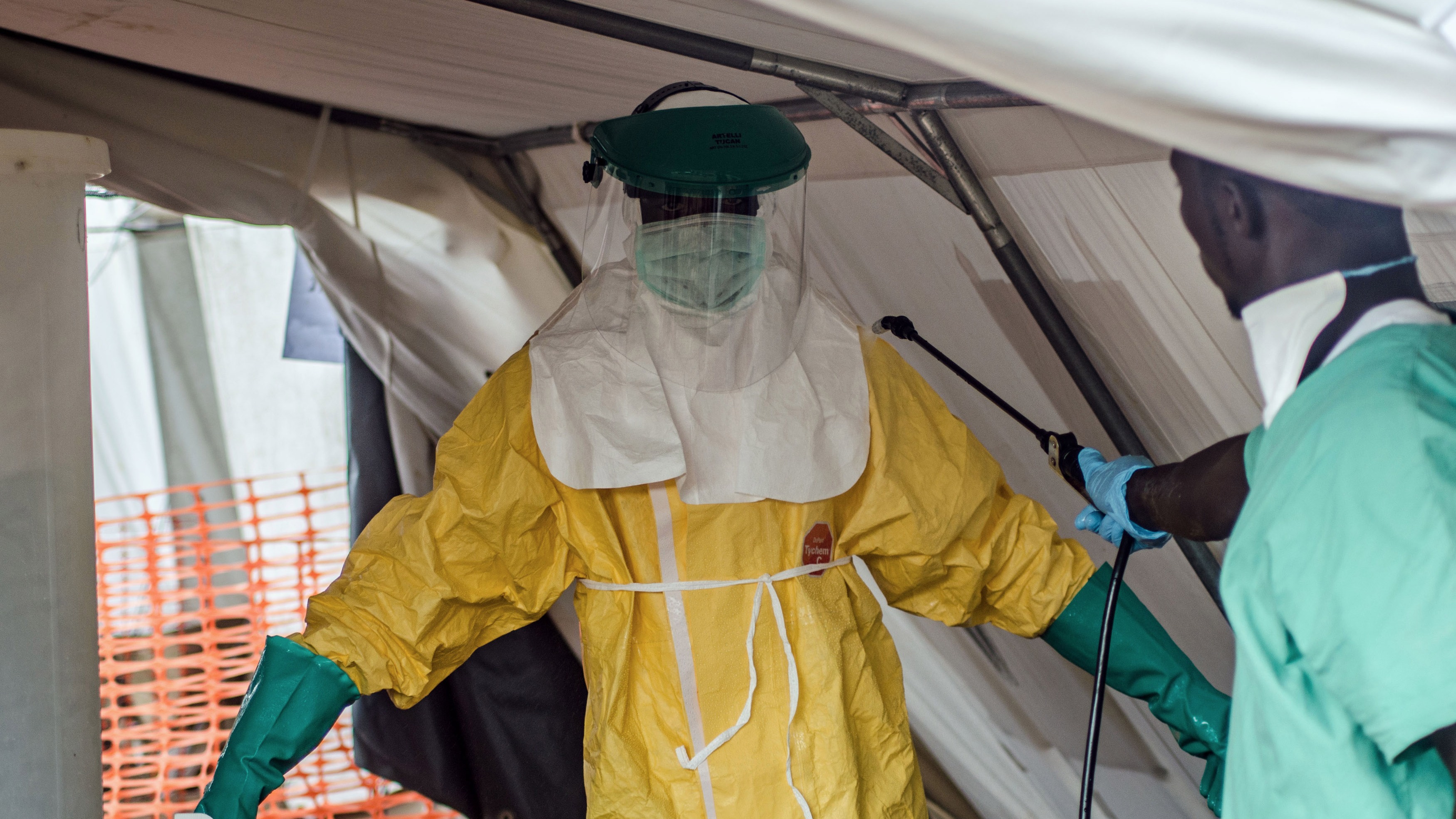 As the Ebola caseload rises to over 5,350, aid agencies and governments in countries not yet affected by the deadly virus are gearing up for its potential spread across new borders by pre-positioning supplies, training health workers, identifying isolation centres, and disseminating prevention campaign messages, among other activities.

Countries that share a land border with the affected countries, including Côte d'Ivoire, Guinea Bissau, and Mali, are considered to be most at risk.

"It is vitally important that, countries - especially surrounding countries that don't have Ebola cases as of yet - are prepared for a worst case scenario," said Pieter Desloovere, a spokesperson for the World Health Organization (WHO).

In August, WHO issued an Ebola Response Roadmap to help countries across the region limit the spread of the virus. One of its three objectives is to strengthen the ability of all countries to detect and deal with any potential cases.

"The reason that Ebola started in Guinea and has since spread to Liberia and other countries is that no one was paying attention," said Grev Hunt, the UN Children's Fund's (UNICEF's) sub-regional coordinator for the Ebola outbreak. "We were caught unaware. But now, we are paying very close attention to what is going on and making sure the same thing won't happen again."

Unlike in Guinea, Liberia and Sierra Leone, where response plans and training materials had to be created from scratch, UNICEF is now replicating those resources and giving them to neighbouring countries, saving time and effort.

The International Federation of Red Cross and Red Crescent Societies (IFRC) says they have put in place Ebola preparedness and response activities in 11 countries across West Africa, and many local and international NGOs have been pre-positioning medical supplies, training health workers and educating the public.

"Failing to plan is actually planning to fail," said Unni Krishnan, the head of disaster preparedness and response for Plan International. "And we know from previous disasters that a dollar you put towards preparedness... tends to save thousands, even hundreds of thousands, of lives."

Key to prevention and preparedness in at-risk countries is having access to timely funding, said the UN Office for the Coordination of Humanitarian Affairs (OCHA). Senegal currently has US$5.7 million at the ready to use towards Ebola preparation and prevention.

Mali has around $3.6 million and Côte d'Ivoire $2.9 million. In Guinea Bissau, where the health system is extremely weak, only $800,000 is currently available for Ebola-related activities. "It's quite a fragile situation right now," said Daniel Sanha, a communication officers for the Guinea Bissau Red Cross. "We have a contingency plan in place, but the Red Cross still has no funds to implement any Ebola intervention activities. At the same time, the government doesn't have enough funds or equipment to take all the necessary precautions."

National media campaigns, including radio shows, TV programmes and other on-air broadcasts, are now under way in all sub-regional countries to educate people about Ebola and give them enough information to protect themselves, as well as to prevent rumours and misunderstandings from spreading.

"This is the first time we have had an Ebola outbreak in West Africa and part of the challenge we are facing is that people have no idea what the disease actually is or how it is spread," Desloovere said.

Volunteers in Senegal, Mali, Côte d'Ivoire and Guinea-Bissau are handing out pamphlets and flyers door to door, as well as posting them in public areas. Social media platforms, including Facebook and Twitter, along with text messages to mobile phone subscribers, are being used by Health Ministries and aid agencies to transmit information and to remind people to practise safe hygiene measures, and to go to a clinic if they detect symptoms.

UNICEF says the messages, which have all been approved by the Ministries of Health, are transmitted in local languages and in culturally appropriate ways. Rather than urging families not to bury their dead in the traditional way, for instance, aid agencies work with communities to find a safer burial procedure that both are comfortable with.

"Our message is very simple," said Buba Darbo, the head of disaster management for the Gambian Red Cross. "Don't touch a sick person, don't touch a dead body. If everyone follows this advice they will prevent themselves from getting Ebola."

Some messaging specifies that people should avoid shaking hands as a gesture of greeting.

Aid agencies have also begun working with religious leaders and local community leaders to spread messages about what to do, and not do, in case of possible Ebola infections.

Doctors and nurses across the region are being trained to spot possible cases, as well as to follow protocol for reporting suspected cases, how to prevent any further contamination and how to protect themselves.

"Educating and protecting our health workers is a top priority," said Ibrahima Sy, a grants manager and health expert with the Open Society Initiative of West Africa (OSIWA). "We need to put at their disposal all the materials they need to avoid contamination, and arm them with the information they need to avoid further spread of this virus."

In Côte d'Ivoire, for example, the Red Cross has been conducting staged simulations of Ebola cases, so that health workers know exactly what to do if they encounter a suspected case.

"We hope Ebola never comes here, but if a case were to be declared today, with the emergency health system we have in place, we are ready to take charge of it," said Franck Kodjo, the communications officer for Côte d'Ivoire's Red Cross. "All the actors, from the Ministry of Health to the local volunteers, we are prepared to take it on."

Other countries, such as The Gambia, have been training healthcare workers on how to handle the dead bodies of suspected cases.

Thus far over 300 health workers in Guinea, Liberia and Sierra Leone have contracted Ebola, according to WHO.

To help coordinate prevention efforts and put such measures in place, many countries have created multi-sectorial committees to implement the measures. Senegal's National Crisis Committee, for example, now has a 10-committee unit dedicated to Ebola prevention and containment. They have been working with the Ministry of Health and other key partners, including the Senegalese Red Cross and WHO, to engage in activities such as resource mobilization, media and communication, surveillance, logistics, security and clinical care. The Gambia has a similar seven-committee Ebola response unit, which works alongside the government and various health partners and NGOs to implement prevention measures.

Items such as soap, chlorine, gloves, disinfectant materials, medicines, medical equipment, and hygiene kits are being stocked in countries across the region. In Mali, protection kits have also been given to some of the volunteers who are involved in contact tracing and mass education campaigns.

Some treatment centres and isolation units in at-risk countries have been pre-identified, but not in sufficient numbers, say aid agency staff.

Cameroon now has isolation centres and laboratories in selected hospitals throughout the country, as well as a quarantine zone in the Southwest Region of the country, near the Nigerian border. The Gambia has also established three Ebola treatment centres: one in the greater Banjul area, the second in the country's "middle belt", and the third in the far east. Senegal has established an isolation unit and has testing facilities at its Institute Pasteur, as do the Institute Pasteur in Côte d'Ivoire and laboratories in Mali. Guinea-Bissau has not yet identified isolation units.

Despite strong recommendations by WHO not to close borders, or to restrict travel to or from the affected countries, seven African countries have decided not to allow anyone from an Ebola-affected country in or out. Senegal and Côte d'Ivoire, for example, have shut all land, sea and air borders with Guinea, Sierra Leone and Liberia. Guinea Bissau has closed its land borders with Guinea, and Guinea, in an attempt to contain the outbreak, has shut its land borders with Sierra Leone and Liberia. Cameroon has also closed its land and air borders with Nigeria though refugees fleeing Boko Haram attacks have been crossing the border.

All countries in the sub-region now have health workers posted at all main border crossings and points of entry, including the airports, where incoming travellers are screened for Ebola-like symptoms.

In Nigeria, where 21 cases have been confirmed, health workers are also going around communities to check people's temperatures and seek out the sick. Many schools, shops and restaurants now have handwashing stations set up outside their doors.

"It has become an everyday sight to see temperature-taking devices both at major border crossings, as well as hospitals and offices," said O. Nwakpa, of the Nigerian Red Cross. "They take our temperature and give you hand sanitizer each time you enter a building."

In Mauritania, not only do incoming travellers go through health checks, but outgoing travellers do as well, as the capital, Nouakchott, is considered a "last stop" before Europe.

Many communities in border areas most at risk have also created neighborhood watch programmes, in which people are encouraged to report anyone who shows Ebola-like symptoms.

Countries, such as Burkina Faso and Senegal, have set up toll-free numbers for people to call and report suspected cases.

To avoid potential bodily contact, many countries, such as The Gambia, have restricted or prohibited large public gatherings.

In Burkina Faso, the government has cancelled important high-level meetings, including the African Union Employment and Poverty Reeducation conference, which was scheduled to be held in the first week of September.

NGOs and health volunteers across the region say they have stopped performing educational theatre sketches on Ebola for fear of encouraging crowds to gather. 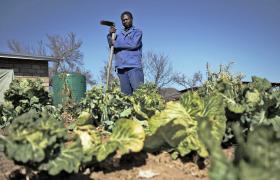