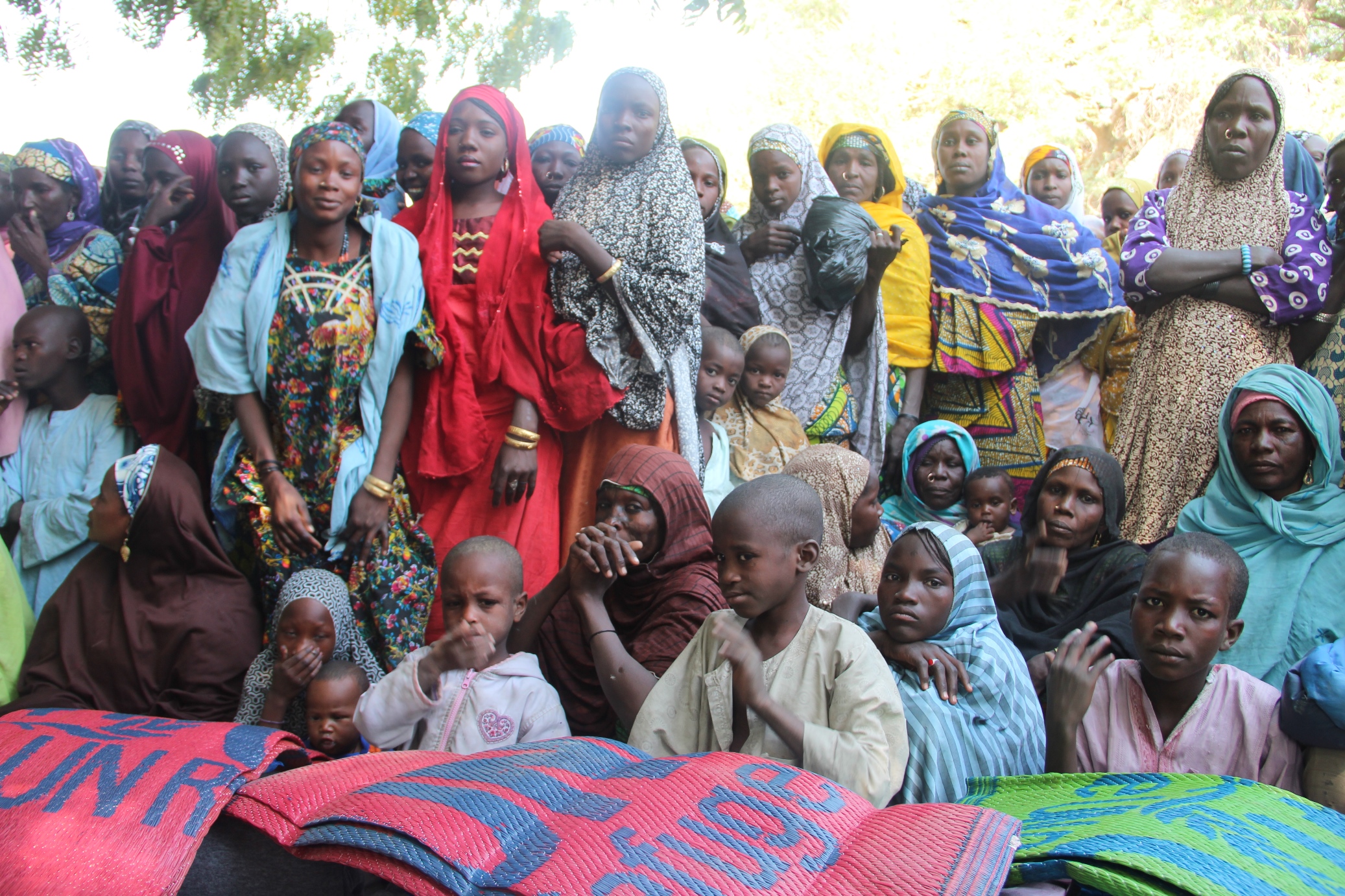 Humanitarian needs are mounting in northern Nigeria, where Boko Haram attacks have displaced 350,000 people since 2013, 290,000 of them internally; the rest are sheltering in Cameroon, Chad and Niger. But the national response is inadequate and the international response minimal due to access hurdles and political sensitivities.

The local government chairman in Madagali District in Adamawa State, Maina Ularamu, told IRIN: “We are grappling with 10,000 displaced people from villages in neighbouring Borno State who have fled their homes… These people have nothing left; their granaries have either been looted or burned.”

Displaced Nigerians stressed food, water and sanitation as their priority concerns according to a rapid assessment mission by the UN Office for the Coordination of Humanitarian Affairs (OCHA). OCHA estimates half of the population of 12 million living in three states (Yobe, Borno and Adamawa) are directly affected by the ongoing violence.

“Humanitarian needs [of the displaced] are immense, and the impact of conflict is felt not only in Nigeria but also in the neighbouring countries,” said Aleksandra Matijevic Mosimann, communications coordinator with the International Committee of the Red Cross (ICRC) in Nigeria.

There are no reports of official IDP sites. Most are living with host populations, some sheltering in schools at night. Half of the displaced are children.

In the latest attack Boko Haram militants staged a multi-pronged assault on the city of Maiduguri this morning, heading for the barracks, the university and an area where civil servants live. The official death toll has not yet been confirmed.

Since January 2014 some 65,761 people have been displaced from rural areas in Borno and Adamawa states, estimates the National Emergency Management Agency (NEMA), leaving farms vacated just as the planting season approaches in May.

In the deadliest recent attack, on 16 February, Boko Haram (BH) burned the village of Izghe in Borno State, killing 106 residents. BH gunmen, many of them disguised as soldiers, have killed over 500 people since January in near-daily raids on scores of villages in Borno and Adamawa states, according to a tally of deaths compiled by the Nigerian media.

There is an increasing blurring of lines between soldiers and BH attackers, said civilians. “People are fleeing their villages because they can’t distinguish between genuine soldiers who deploy to protect them and BH who also dress in military uniform and drive military-coloured vehicles,” Mohammed Kanar, coordinator for NEMA in northeastern Nigeria, told IRIN.

UN activities have been suspended across most of the northeast due to insecurity.

According to OCHA, a dozen or so NGOs have a presence in the northeast, but only the Nigerian Red Cross is responding to the needs of the displaced, alongside the International Committee of the Red Cross (ICRC), the UN Population Fund, and government departments NEMA and SEMA (State Emergency Management Agency).

The International Rescue Committee, which receives ECHO (European aid body) funding for humanitarian work in Adamawa not directly related to the current crisis, wants to become more engaged in the IDP caseload.

ECHO is the only humanitarian donor operating in the country. It recently opened an office in Abuja to better follow the situation and respond to humanitarian needs when they arise, its West Africa head, Cyprien Fabre, told IRIN. “We support the building of humanitarian momentum in Nigeria,” he said, but there are constraints. “Money is not the primary issue. As a donor we’re constrained by our partner’s limitation to access and assess [humanitarian needs].”

The northeast is a very challenging security environment, agencies said, and staff said it is very difficult, if not impossible to negotiate access with some parties to the conflict. Very few local NGOs or civil society organizations are responding to needs in the north, said local journalists.

Since August 2013 ICRC, which has bases in Maiduguri, Jos and Kano, has distributed shelter materials, blankets and other essentials to 18,000 people displaced from Borno State; and is delivering food to 1,500 widows who lost their husbands to the conflict. “The security situation in the northeast is very precarious, and violence has been increasing over the past two weeks, which is very worrying,” said Mosimann.

NEMA has been trying to coordinate distribution of relief materials to the IDPs with limited success because they are scattered across so many villages, most of them squatting with friends or relations. “This makes it difficult to track them,” said Kanar.

Some aid agencies say they want to scale up activities in the north but they have not been granted protection by the authorities, and thus they feel it is too dangerous to operate amid such indiscriminate violence and kidnapping risks, particularly for international staff. Many are obliged to work in towns, and cannot access people in need in rural areas.

BH attackers, armed with rocket-propelled grenades, explosives and Kalashnikovs, enter villages, loot their grain supplies and then burn them down, according to multiple IDP accounts.

As a result, dozens of villages in northern Borno and Adamawa states have been emptied, their residents fleeing to Borno State capital Maiduguri, and towns in Adamawa, Gombe, Bauchi and Taraba states.

“People have lost their sources of livelihood, their homes have been burnt, their food looted. They are in distress,” NEMA’s Kanar said.

Nigeria will soon come under the scrutiny of UN Security Council monitoring on children and armed conflict (1612).

Officials are concerned about food security and the impact of displacement on the upcoming harvest. “There is bound to be a problem this crop season because thousands of people have fled their homes and their farms which they will hardly go back to cultivate for fear of BH attack,” said an unnamed official in the Borno State ministry of agriculture.

Food stocks of host villagers are dwindling with the surge in IDPs. “Many villagers have exhausted their food which they shared with the IDPs and have turned to eating the grains they reserved as seedlings for the impending rainy season,” government official Ularamu warned.

In the 2013 rainy season 5,000 hectares of wheat and rice were left to rot in the fertile Marte area along Lake Chad when 19,000 farmers fled their farms for fear of BH attacks, according to Borno State commissioner for agriculture Usman Zannah.

The shores of Lake Chad have traditionally served as a food basket for the northeast, but BH violence has driven more than 60 percent of the farmers away, according to NEMA.

And now more are fleeing the area as the violence intensifies. On 16 February Doron Baga, a fishing and farming village along Lake Chad, was burnt and several residents shot dead or drowned in a frantic bid to escape.

“They burnt the whole village including our fishing and farming tools. People are leaving the area in droves because of fear that their village could be targeted next,” Doron Baga resident Babagana Goni told IRIN from Maiduguri. 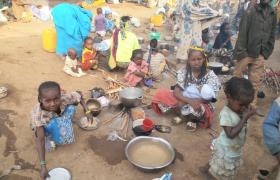