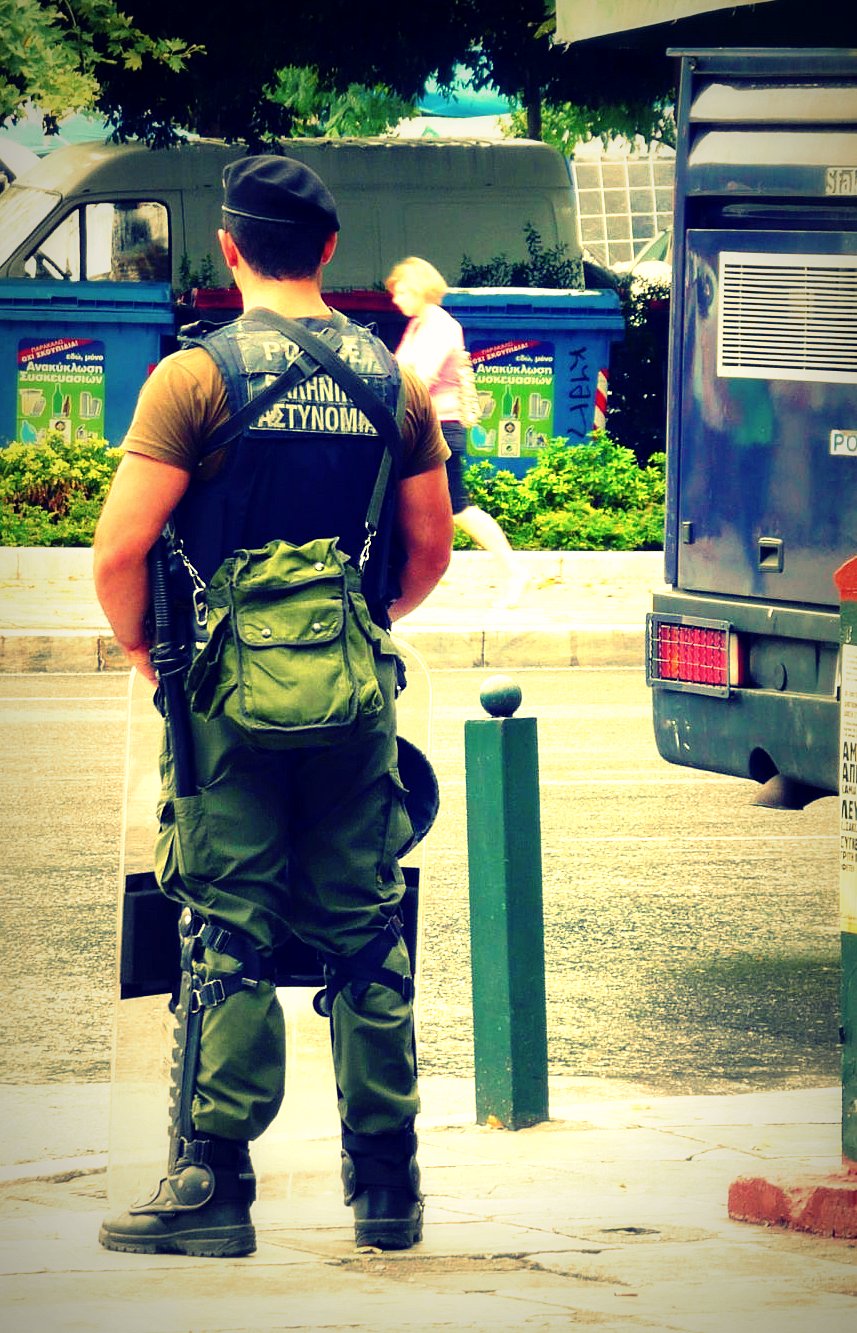 The Greek authorities began a crackdown on irregular migrants in the capital, Athens, in early August, when the police arrested 7,754 migrants, 1,656 of whom were taken to detention centres for being in the country illegally.

“Greece has the right to enforce its immigration laws and after a fair process, to deport people with no legal basis to stay in the country,” said Benjamin Ward, deputy director of the Europe and Central Asia division of Human Rights Watch. “But it doesn't have the right to treat people like criminals, or to presume irregular immigration status just because of their race or ethnicity.”

In the first quarter of 2012 some 64 percent of all irregular migrants in the European Union (EU) entered through illegal border crossings from Greece, according to the European Agency for the Management of Operational Cooperation at the External Borders of the Member States of the European Union (FRONTEX).

In 2010 irregular migrants made up almost 10 percent of Greece’s population of 11 million - some 810,000 people - according to government figures and the Organization for Economic Cooperation and Development (OECD).

“As Greece seems to be the easier door to Europe, more and more people will try to pass here,” commented Nikitas Kanakis, director of the Athens-based NGO, Médecins du Monde (MDM), which runs a free health clinic for undocumented migrants in the capital. “But the combination of the lack of services and a [restrictive] immigration policy, with the deep economic and social crisis [in Greece]… creates an unsafe environment for migrants.”

Most of the irregular migrants in Greece are stranded there because they do not have the money to move on, and a “dysfunctional” system for processing asylum seekers, according to the UN Refugee Agency (UNHCR). Only 2,860 of the more than 10,000 applications for asylum and 47,000 appeals filed in 2010 were successful.

The agency also noted that in the first half of 2011, the Greek authorities arrested some 57,000 undocumented migrants, most of whom were deported without any effort to assess their circumstances or standing.

Migrants who escape arrest and deportation increasingly risk violence and racism in a country that is suffering its worst economic crisis in decades. “Undocumented migrants in Greece are not in a position to cover many of their basic needs,” said Tassos Yphantis, a social worker at MDM, which treated some 300 attack victims in the first half of 2011.

“Most of them are homeless or live in large groups in congested apartments with no access to primary healthcare. Their everyday life is guided by fear of arrest or attacks motivated by racism,” he said.

UNHCR, the National Commission for Human Rights, and 19 groups that constitute the Racist Violence Recording Network, condemned a fatal attack on a young Iraqi on 12 August and called on the government to end the impunity of hate-based crimes. Racist attacks against migrants and refugees are “an almost daily phenomenon”, they said.

A 16-year-old migrant, who escaped from Afghanistan when the Taliban forcibly recruited his elder brother, reached Greece with the help of a smuggler after 35 days of hard travel through Iran and Turkey. He was given a six-month temporary permit after applying for asylum and now lives in a public park in Athens with other Afghan migrants. “A bus conductor removed by force my permit documents for not paying a bus ticket,” he said. “When I protested I was taken to the police station and my permit was confiscated.”.

Human rights groups have condemned the recent crackdown as discriminatory and have warned against inhumane detention conditions.

“Undocumented immigrants are normally held inside police stations, which are indeed overcrowded and unable to accommodate the numbers we get,” Christos Manouras, deputy lieutenant and spokesperson for the police, told IRIN.

But things are changing. “Migrants are being transferred to newly built detention centres [in Athens and also near the border with Turkey] to avoid congesting police premises. Those detention centres follow international standards and host migrants who do not qualify for asylum and are awaiting repatriation.”

On 31 July, the International Organization for Migration (IOM) and the Greek authorities signed an agreement to offer “assisted voluntary return” to some 7,000 undocumented migrants in Greece in the next 12 months.

The US$12 million project, funded by the European Return Fund with 25 percent participation by the Greek government, will offer a small number of migrants reintegration support in their home countries.

“Greece is under tremendous pressure from the influx of migrants crossing our borders. It is not a Greek but a European problem, and should be dealt with as such,” said police spokesperson Manouras. “The assisted voluntary returns will help fight the organized crime of human traffickers and ensure a dignified return for the migrants.”

While the EU wrestles over who should take responsibility for repatriations, migrants’ rights are at risk, said Kanakis of MDM.

“The economic crisis deeply affects the life of undocumented migrants, and minimizes the public’s sympathy towards them… Authorities should have a clear strategy on immigration and address simple measures such as night shelters, baths, services for women and children,” he said.

“We need to organize simple effective repatriations and renegotiate with the EU. This is a European problem.”