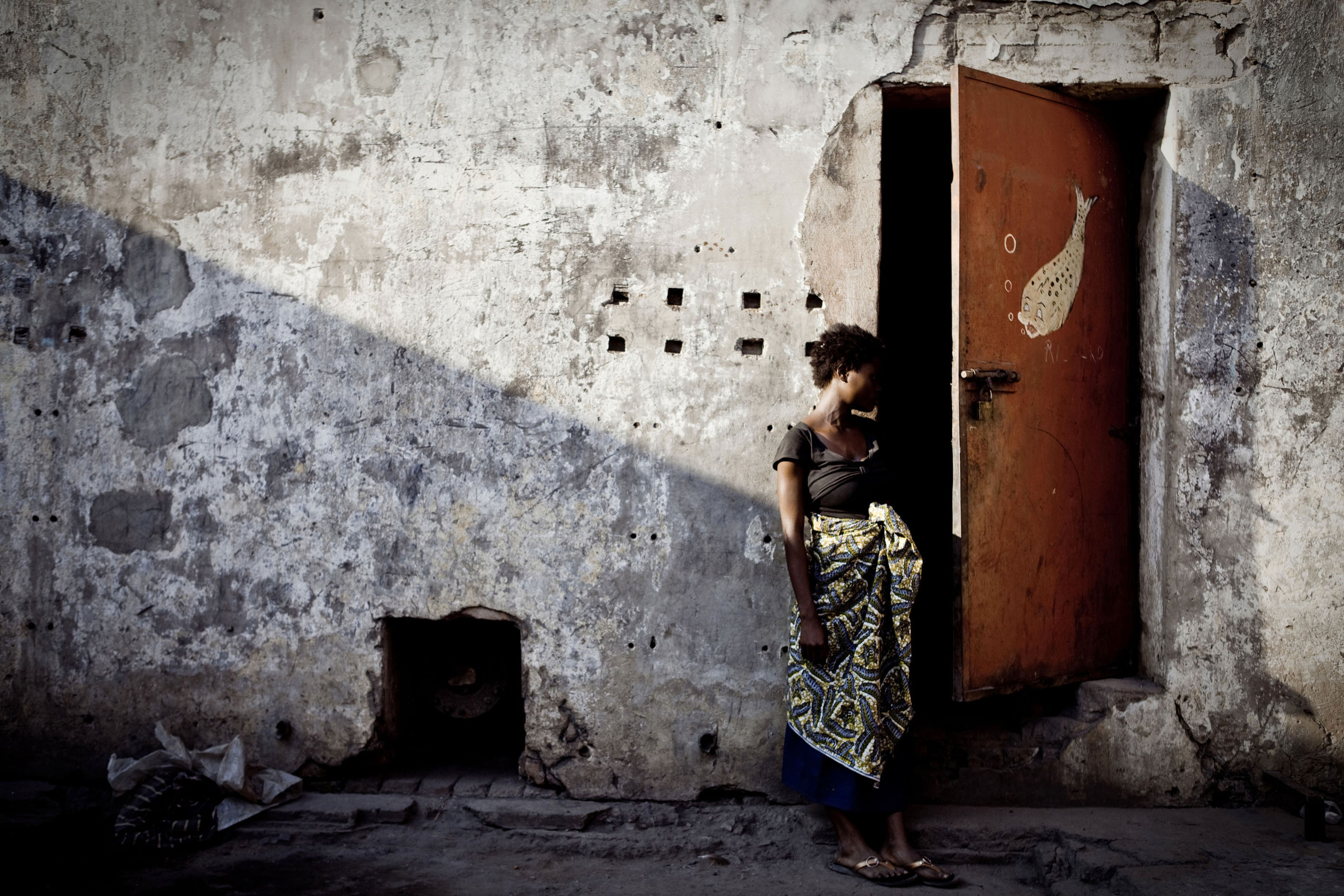 DAKAR, 4 July 2012 (IRIN) - How much has really changed since NGO Save the Children, and the UN Refugee Agency (UNHCR) published a report that shocked humanitarian agencies a decade ago, when it exposed sexual exploitation and abuse (SEA) perpetrated on disaster-affected communities in West Africa by aid workers, peacekeepers and other community members?

The 2002 report documented abuses perpetrated by 67 individuals across 40 agencies. Accountability experts and aid workers say abuse has continued in UN agencies and NGOs, but the extent is unclear.

A few NGOs, such as Oxfam, give figures on their websites or in annual reports, but most do not, and there is no independent centrally held monitoring system. UN agencies are more transparent, reporting numbers annually on the Conduct and Discipline Unit website.

“Every agency is at risk from this problem,” a follow-on study by Save the Children entitled No one to turn to, concluded in 2008.

Since 2002 a lot of action has been taken to clamp down on SEA. Staff have been appointed to address prevention (PSEA), training programmes have been set up, coalitions built, and there is more monitoring and reporting of what goes on in the field. Many more agencies have instituted codes of conduct, partly spurred by Save the Children’s initial report, and dozens of staff have been dismissed following investigations.

Policy commitments are also in place, said interviewees who contributed to this series of reports. A task force set up by the Inter-Agency Standing Committee (IASC), which coordinates UN and non-UN humanitarian partnerships and reports to the UN Secretary-General, has been reinstated to put into action some of the recommendations of an independent review in 2010.

Helping humanitarian actors become more accountable to aid beneficiaries could be the antidote to SEA. In 2004 the Humanitarian Accountability Partnership International (HAP-I) set up Building Safer Organizations (BSO), which has helped train agencies to set up and carry out reporting and investigation procedures, and all HAP members are now required to put in place a code of conduct to prevent SEA.

But agencies changed their approach to PSEA more to protect their reputations than to become more accountable to communities, said a critic.

“Procedures and mechanisms are in place, but the initial momentum didn’t turn into action, and the momentum stopped once agencies had satisfactorily risk-proofed themselves,” commented an SEA expert who asked to remain unnamed. “We do not need more guidelines or policies - existing ones just need to be applied.”

The IASC task force co-chairs told IRIN: “Focus and attention should never be reliant on scandals. It is up to each agency to maintain its own focus on PSEA, even if that means couching the issue in terms of… accountability to beneficiaries, improved protection and more effective programming.”

Navigating the issue of rape, date-rape, sexual abuse and harassment in society is “complicated and difficult”, and preventing sexual exploitation and abuse (SEA) in the humanitarian context is no different, says one expert.

Agencies have different definitions of sexual exploitation and abuse - some bar all relations between their staff and the people they are seeking to help, others focus specifically on transactional sex with so-called beneficiaries, and some bar all transactional sex, including with those they consider “prostitutes”.

Views differ on where to draw the line between SEA and commercial sex work. “These grey areas affect the numbers,” said the expert.

There are few clear-cut cases - as when an adult staff member offers a 15-year-old refugee money for sex or for aid - and more harder-to-navigate issues, such as when an aid worker with a refugee girlfriend gives her money.

Perceptions of how to define an activity often shift, depending on the cultural lens. The IRC’s Luc Ferran, a refugee assistance NGO, says decisions must be framed by the organization’s values.

“You can choose between an organizational value-based approach and a more heavy-handed policy approach, and you need to strike the balance between the two,” he told IRIN.

The key to improved transparency could be to ask why staff might not be open about a relationship. “A lot of the time people hide it because they are aware that something in it compromises them or their agency,” said an SEA expert who preferred anonymity.

The change that is occurring is ad-hoc, not systematic, according to HAP-I, and this cannot continue. Various reports on agencies’ approaches to preventing SEA note that focal points are often untrained in dealing with SEA and are spread too thinly to give the issue the attention it needs. Most agencies have SEA policies and codes of conduct, but they are rarely discussed in person - rather, a document is handed to each employee, and half of the 14 agencies reviewed by the IASC did not know whether or how to inform senior management of incidents of reported abuse, or even what their organization’s complaints mechanisms actually were.

The UN Department of Peacekeeping Operations (DPKO) has made far more progress than the NGO sector in institutionalizing prevention, and shifting the UN organization’s mind-set, the IASC review notes.

The DPKO has had much higher numbers of reported abuses and partly changed course to avoid further scandals (as occurred in 2002 and 2008), but its hierarchical management structure and the resources it allocated to the issue have delivered results.

“There is no one in DPKO that doesn’t know what the rules and measures are [for PSEA], and what the consequences are,” said Sylvain Roy, senior policy adviser at the UN Conduct and Discipline Unit.

Prevention will only work with stronger commitment from senior management, said many interviewees.

During the IASC review of humanitarian action in the northern Democratic Republic of Congo, the head of a large international NGO said they regularly discussed accountability with staff regarding financial integrity, but they were never called on to discuss or report on PSEA in inductions, training, country briefings or programme visits.

In contrast, the SEA expert told IRIN: “In peacekeeping, the senior staff know it will be their problem if it’s a scandal, rather than being ghettoized in an HR [human resources] or a gender department.”

Luc Ferran of the IRC, told IRIN: “It doesn’t matter where it [responsibility for perpetrating abuse] sits - if a leader says you could be fired it will be taken seriously.”

Complaints mechanisms can only work when staff are trained, said Smruti Patel, head of services and certification at accountability body HAP-International. “It is one of the most important things to get right to prevent SEA,” she told IRIN.

They are also effective when agencies and disaster-affected communities develop them together - as was the case in Nepal, Kenya and Liberia - and when communities know about them.

Some attempts to do this have worked well. In Liberia agencies agreed a joint referral pathway and outlined it clearly to complainants on posters.

When UN staff in Yemen showed the PSEA training DVD, To Serve with Pride, to refugees, many of them said they had not realized that some of the behaviours they had experienced could be called abuse.

In the Kakuma refugee camp in Kenya, 26 agencies so far have signed up to the Code of Conduct for Humanitarian Workers, sharing standards, training on how follow-up and investigations can work, agreeing to collaborate in maintaining the code of conduct, and raising awareness among beneficiaries.

Agencies texted communities how to complain in the Philippines, and in Zimbabwe they set up complaints’ tables for children.

But many disaster-affected people are too scared to complain. Communities in South Sudan, Haiti and Côte d’Ivoire consulted by Save the Children said it was “unthinkable” to complain about the worst forms of exploitation and abuse when it was already so difficult to complain about basic day-to-day concerns.

Some feared their confidentiality would be breached, or there would be retribution by the perpetrator, or aid might be withheld from them. They lost trust in the process when their complaint was not acted upon.

A large proportion of recent military allegations have been made against UN peacekeeping missions in the DRC, Haiti, Liberia and Côte d’Ivoire.

These fears underline the role of power in the relationship between an aid worker and a person in need. Save the Children found that most of the individuals who had experienced SEA were orphans, separated children, displaced people, the poorest families, and those most dependent on assistance, almost all of them female.

Working with survivors and mapping out the power differences, including those in communities, is the starting point to giving the vulnerable a voice, said Oxfam’s West Africa gender change manager, Margherita Maffii.

The external context and practical constraints in the field will always be a challenge. National laws can make dismissal of locally employed staff difficult; a weak and/or corrupt judicial system may render criminal cases inconclusive; high staff turnover can make SEA hard to implement; and practical issues like not having enough money can make it hard for smaller NGOs to investigate allegations while keeping staff members on the payroll.

Investigations of DPKO-related allegations are often drawn out as troops and police come under the jurisdiction of member states, said Roy of the UN Conduct and Discipline Unit. HAP’s Patel said the process needs to be speeded up to have legitimacy.

Just three out of eight agencies had standing operating procedures on follow-up, according to the IASC review. Follow-up on cases needs to be more systematic, said Patel.

It is also vital to communicate with complainants about the status of their case so they do not lose faith in the process.

The point is to admit that sexual exploitation and abuse exists, and deal with it, said one aid worker.

Everyone needs to make the issue more visible - there should be regular training, and more transparency on SEA, say aid workers.

Most agencies are very reticent about communicating on the issue. Even Save the Children, which vigorously pushed for more transparency by humanitarians, no longer publishes statistics on its website or in its annual report, and could not provide the statistics when asked. Staff declined several IRIN requests to be interviewed.

The IASC review and others have urged aid agencies, donors and UN leaders to take a variety of actions to proactively stamp out sexual exploitation and abuse, including re-adopting IASC’s leadership role, launching intensive PSEA activity in five pilot countries, and giving PSEA activities a budget line by including them in funding appeals and cluster work plans. Progress is being made on some of these fronts.

Leadership is the key to progress, aid Patel. “PSEA competes with a lot of other things in terms of what needs to be done, but if you don’t have high-level buy-in, then any good work you do could be under threat.”

In a sense the humanitarian community’s approach to PSEA “defines who we are”, said a seasoned aid worker who has worked on the issue. “If we are causing harm to people, this isn’t who we are supposed to be at an essential level, and surely we cannot accept that.”

For more stories on humanitarian accountability, please visit our In-Depth 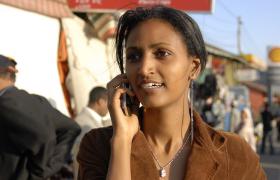