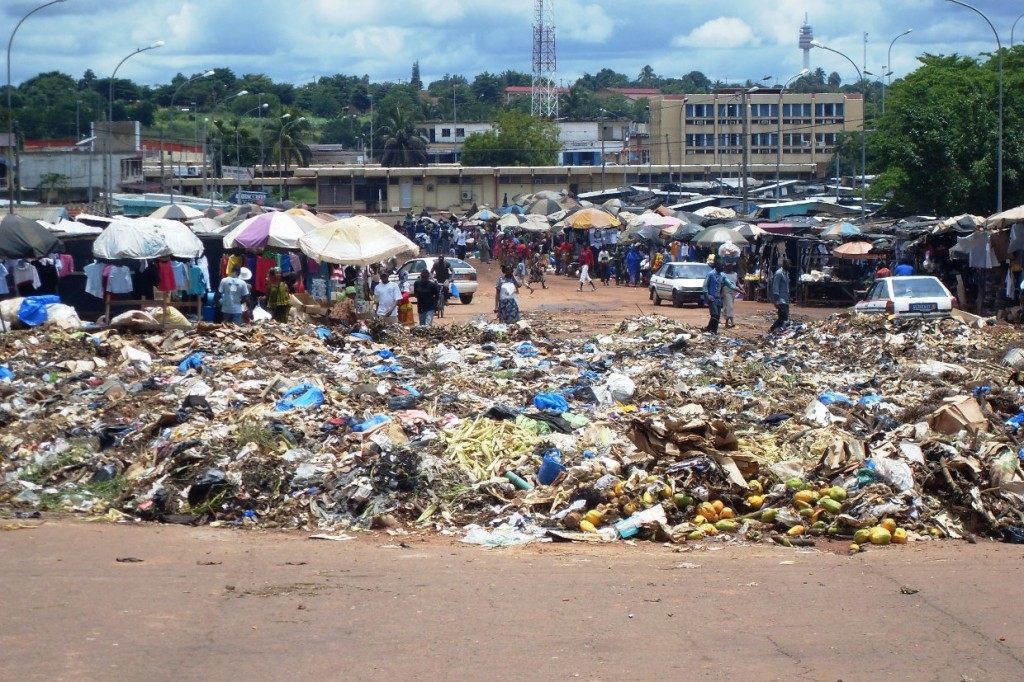 Health experts and residents say poor hygiene exacerbated by growing piles of rubbish is largely to blame for a dry-season cholera outbreak in Côte d’Ivoire’s main city of Abidjan, which has killed eight people of 61 infected.

The diarrhoeal disease, contracted through contaminated food or water, generally occurs during the rainy season when flooding can contaminate water sources, according to the World Health Organization (WHO). But outbreaks can also occur in the dry season, WHO says.

The first case - in Abidjan’s Adjamé District (a poor neighbourhood that has seen severe post-election violence in recent weeks) - was registered in mid-January; the major rains ended in November. Cholera has also affected the district of Williamsville.

“Across this region [West Africa] there are pockets of poverty where hygiene is poor and we see occasional outbreaks,” Mamadou D. Ball, WHO representative in Côte d’Ivoire, told IRIN. “The cholera bacterium is always present.”

Poor sanitation in many areas of Abidjan favours its spread. “Many people do not practice proper hygiene at all,” Sandrine Touré, a health assistant in Williamsville, told IRIN. “Just look along the roadside where people are selling food right next to the foul drainage channels. Unfortunately that doesn’t bother consumers.”

She said she often sees children eating just after playing in rubbish, and that “even here in the economic capital” many people do not have access to safe drinking water.

Some residents, including a nurse in Abidjan’s Attécoubé District, pointed to the political deadlock.

“This cholera outbreak can be explained by the accumulating rubbish,” nurse Firmin Kouamé Bi told IRIN. “For weeks now several areas of Abidjan have been collapsing under piles of household trash and it seems no one gives a damn... We signalled it several times to the authorities, but with the current crisis there haven’t been real authorities to engage with and the people are just left to live with the rubbish.”

Even if families know that poor sanitation is linked to infectious disease, cholera was not much on people’s minds this time of year, said Soumaïla Traoré. “There is negligence in some communities. With the piles of rubbish people knew the threat of illness was real. But no one talked of cholera in this period.”

Christine Adjobé, health minister in the government of Laurent Gbagbo, told reporters on 26 January that cholera patients have been treated in local hospitals. UN Children's Fund (UNICEF) and WHO are working with local health authorities to treat patients and advise communities on prevention.

The agencies say they will provide 250,000 bars of soap in affected communities, along with five cholera treatment kits - enough drugs and supplies to treat 1,000 people - and 3,000 posters with prevention messages. UNICEF deputy representative in Côte d’Ivoire Sylvie Dossou said in a communiqué: “Cholera is completely preventable and we must move quickly to avoid the worst.”

Cholera is generally easily treated with oral rehydration salts. “No one should die of cholera,” WHO’s Ball said.