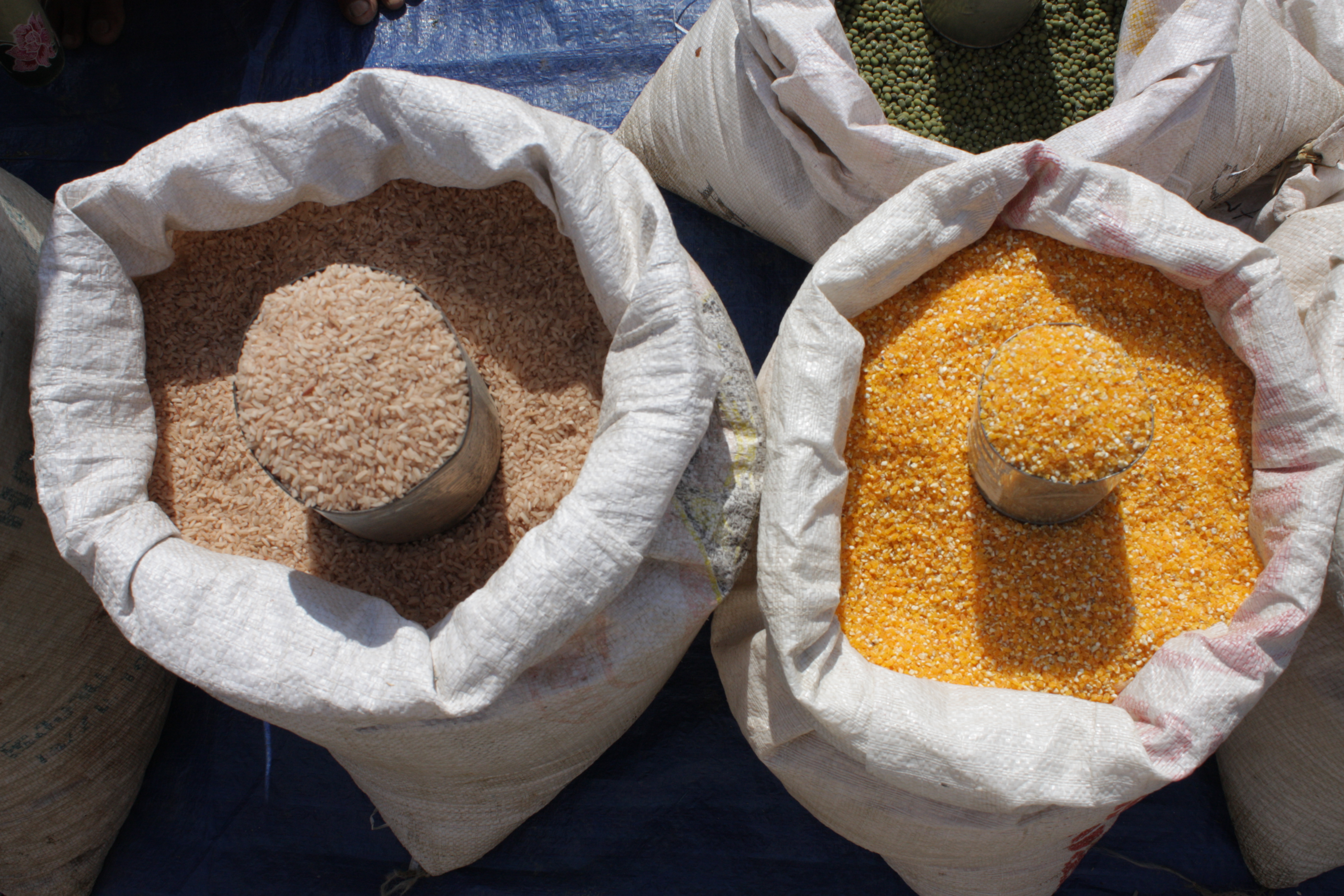 The organizers of a week-long African Rice Congress in Bamako, capital of Mali, say African countries can decrease hunger and save millions of dollars if they wean themselves off rice imports and increase local production, but experts favour a "drastic" move away from rice to native grains.

"Rice used to be reserved for special days, like religious holidays, baptisms, weddings [and] popular celebrations. But today, across Mali, rice is prepared [every day] at noon. In Bamako it is worse - there are those who eat it both day and night," Bintou Diallo, the head of a women's rice-growing cooperative 300km east of Bamako, told IRIN.

Conference organizers estimate that 40 percent of the rice consumed annually in Africa is imported - about 10 million tons - which cost US$2 billion in 2006.

African countries need to feed the growing appetite for rice without imports, said Mali's Prime Minister, Modibo Sidibé. "We must reverse the trend. I remain convinced that the salvation of Africa will come from agriculture. Africa can and must feed itself, and export more rice. This will require the adoption of policies to stop [imports]."

Import restrictions can be a politically appealing shortcut to boosting local production, but there is no substitute for investment in research, seed production and infrastructure, said Nicholas Minot, a researcher at the International Food Policy Research Institute (IFPRI), based in Washington DC, US.

"Import tariffs and quotas raise the domestic price of [local] rice, benefiting surplus rice farmers but [hurting] households that buy rice, including almost all urban households and a large number of rural households." Minot cited studies showing how up to 60 percent of rural households in Africa purchased most of their food.

"It is tempting to think that rice self-sufficiency [from local production] would eliminate the volatility in rice prices because the country will no longer depend on world markets. However, even a country that is self-sufficient in rice experiences price volatility because of weather-related fluctuation in the size of the harvest," Minot cautioned.

Long-term investment could boost the year-round quantity of rice in Africa, providing a cushion during seasonal shortages, he added.

Erratic rains and shorter wet seasons have reduced cereal production across the Sahel, creating earlier-than-normal shortages of food and fodder because the next harvest is still six months away.

Rather than asking how they could become food self-sufficient by growing more rice, countries should explore nutrient-rich local cereals that are under-cultivated because they are harder to harvest and process, Caterina Batello, a crop production and climate change specialist at the UN Food and Agriculture Organization (FAO), told IRIN.

"Local biodiversity is good for food security. We need to convince local populations that they are sitting on a treasure - they [farmers] think that outside crops, with more research, will be better for the ecosystem, but this is not the case," Batello said.

Of the cereals grown in Africa, rice consumes the most water. "It is inevitable farmers [in arid ecosystems] will need to move to more sustainable farming because of water shortages and salinated soil [in which accumulated salts hamper food production]."

Maize, wheat, sorghum, millet and fonio consume less water – in descending order – than rice and are better adapted to arid ecosystems because of their ability to resist heat, said Batello.

But getting people to think about growing traditional crops like fonio, which need less water, would be a "drastic" change that required wholesale "societal transformation", said Batello. "People do not want to go back when, in actuality, there are good lessons in the past that we can combine with technologies of the future."

Farmers may have forgotten, or perhaps never knew how to de-husk the more "neglected" cereals, as FAO calls them. Even if they wanted to sell these crops, there is the problem of markets. "People may not be used to the taste, it will be more expensive than more widely available rice - a whole society must adapt, from decision makers to producers, to processors, to customers," said Batello.

Mariko Fadima Siby, a fonio vendor in Bamako, commented: "People eat fonio but it is more expensive, is harder to process and takes more work, but they know it is nutritious. People never stopped growing it and turn to it during planting season when they have not harvested rice and cannot afford to buy it." She told IRIN that if fonio got as much investment as rice, there would be a market.

Countries would have to move beyond the "limited number of species currently produced" Batello said. "With changing rainfall patterns and temperatures, it is clear there will be a problem for rice in Africa."