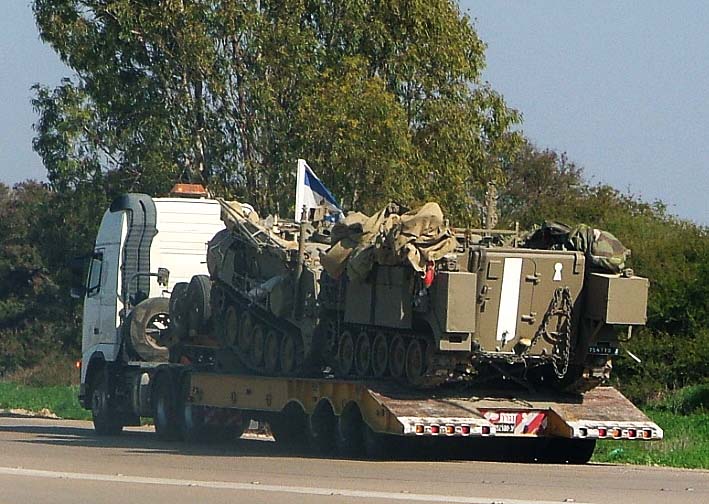 The Israeli media is reporting that 40 percent of the residents of Ashkelon, near Gaza, left the city last weekend for the relative safety of northern towns, despite calls by Mayor Beni Vaknin for them to stay.

When the Israeli offensive began on 27 December, Hamas rockets were directed at the bigger cities of southern Israel - Ashkelon, Ashdod and Beer Sheba - causing shock and anxiety.

Sima, a mother of three, packed her girls into a car on 12 January. “We’re off to my parents, I can’t take another day here; my girls are traumatised. We’ll come back when this is all over,” she told IRIN over the phone. At about the same time a Grad mortar landed in Ashkelon, demolishing a house but sparing the lives of the family inside. Sima had not been to work for two weeks.

According to the Intelligence and Terrorism Information Centre in Israel, as of 12 January 459 mortars had been fired into Israel since 27 December.

On 12 January, students in the southern towns were allowed back to school for the first time since the operation began but under strict safety orders - only classes in protected buildings and shelters are allowed.

Shlomit Amichai, director-general of the Ministry of Education, told a press conference last week: “It's a matter of national importance; we must return the children to their regular routine despite the fact that the current situation is not routine.” According to the ministry’s survey, nearly 60 percent of students in the south chose to attend school.

But many do not share her views. Natan, a 17-year-old high school student from Ashkelon, told IRIN: “We’ve had eight schools and kindergartens (in Ashkelon, Beer Sheba and Ashdod) hit directly by mortars while they stood empty. I'm not ashamed to say I'm terrified.”

Rona and Stass, two students at Sapir college in Sderot (very close to the Gaza border), told IRIN that despite the college reopening on 11 January, attendance was extremely low - much less than 25 percent, according to the students. “We think the stress and fear are building up.”

Despite reassurances from local authorities and the approaching Bagruiot (final high school examinations), enrolment on 12 January in Ashkelon was less than 70 percent and only 1,000 students had enrolled for the winter examinations in a city of 110,000 residents.

Kindergartens were allowed to operate in bomb shelters and protected buildings but Ashkelon Municipality decided not to open them.

Moshe Yanay, head of the education department in Ashkelon, told IRIN: “We allowed only high school students who have to prepare for their coming Bagruiot back to school, and we allow classes only in bomb shelters. We are providing massive psychological support for children and teachers trying to cope with fear and trauma.”

The welfare departments in some 15 towns or cities in northern and central Israel have decided to send in teams of psychologists and social workers to reinforce trauma centres in the south, which have been open round the clock.

Rita Pavlov, a psychologist from Netanya, worked for six hours in a trauma centre in Netivot, counselling children and parents. She said: “It is vital for the parents to provide a feeling of safety and love for children in this situation. We’re hearing a lot about regression in children, bed-wetting, nightmares, refusal to leave [their] parents or venture outside. These are all symptoms of trauma but they are treatable.”

A local welfare worker from Netivot, speaking from her recent experience, said young children and the elderly were the most vulnerable to trauma and stress.

According to trauma experts, it is too early to determine the full impact of the shelling on the children.

Sderot has experienced eight years of rocket attacks from Gaza. According to a January 2008 report by the Israel Trauma Centre for Victims of Terror and War (Natal), at least 75 percent of children aged 4-18 in Sderot suffer from post-traumatic stress, including sleeping disorders and severe anxiety.

Natal now operates a large-scale trauma hotline. It says it has seen a significant increase - 50 percent - in the number of calls made by children themselves since the offensive began. 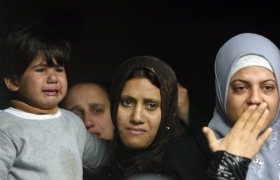