It’s flying under the radar, but the Libyan capital is shuddering through its worst violence since fighting first broke out mid-2014, while oil wars rage out east amidst signs of increased Russian involvement. What does this battle for economic and political power mean for Libya’s civilians?

As a galaxy of militias battle for control of central Tripoli, residents cower from tank and artillery fire. For the city’s population of 1.5 million, the clashes come after two years of growing violence and deprivation as basic services fall apart.

Meanwhile, far to the east, the army of one of Libya’s three competing governments has recaptured two oil ports, al-Sidra and Ras Lanuf, seized by yet another militia earlier this month.

The ports’ recapture offers hope that oil production – along with gas, Libya’s only revenue earner – can revive. But who will control those revenues depends on an unresolved struggle between an elected parliament based in Tobruk, the UN-backed Government of National Accord in Tripoli and a third would-be administration, the National Salvation Government, also in the capital. 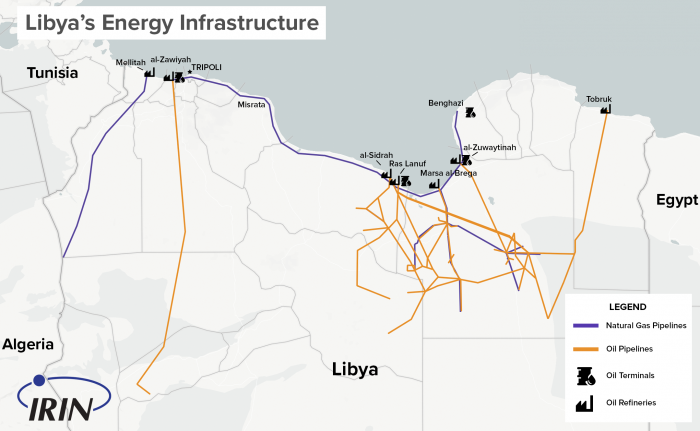 Libya’s many militias have been sporadically clashing and wrangling for control of Tripoli (and the country) since the 2011 overthrow of Muammar Gaddafi, but fighting escalated after parliamentary elections in June of 2014. A group from Misrata, Libya’s third city, together with Islamists refused to accept defeat at the ballot box and coalesced into a militia alliance called Libya Dawn.

The fighters captured the capital from rival militias in seven weeks of fighting. Foreign embassies fled the country, the national airport went up in flames, and since then foreign airlines have stayed away from Libya, as have most foreigners. Even the UN judges the city unsafe and mostly works from neighbouring Tunisia.

The Government of National Accord was installed in Tripoli in March last year, with the UN predicting it would unify the country. Instead, it has failed even to unify Tripoli – its presidency members confining themselves to the city’s naval base as militia battalions rule the streets, including some allied with the National Salvation Government.

Such is the chaos of the last few days in Tripoli that there are no accurate figures for the dead and wounded from city hospitals, one of which, Habda, was twice hit by shellfire and set on fire on Tuesday and evacuated.

For citizens of the capital, the horror of street fighting adds to their daily want and compounds their security fears.

“The most difficult thing about life here is the uncertainty,” one Tripoli housewife, who requested to remain anonymous, told IRIN.

“My husband and son go to work each day, the kids go to school, and you hear the distant battles, you hear the latest kidnapping, you wonder: will they be safe?”

It’s true that for Tripoli, abnormal is becoming normal. The GNA has failed to get a grip on public services. The city endures power cuts that last for days, because generating plants break down or because fuel is seized by militias.

Loss of power in turn means loss of water from pumping stations. Besides, the city’s drinking water depends on a long pipeline from the desert interior, the so-called Great Man-Made River, which is now in dire need of maintenance.

But security concerns are paramount right now in Tripoli.

Beyond the tanks and the shelling and the clashes, avoidance of kidnapping has become an art form. Gagaresh, in the downtown area, is still a thriving hub for those with money, its coffee bars crowded, but even to there people are travelling to and fro in groups now to avoid abduction.

Appearances are important too. A student explained why he is careful not to clean his car or replace a cracked windscreen. “I want this car to look bad,” he told IRIN. “I don’t want a militia guy to see it. Then, maybe he’ll take it.”

In the east, home to the Sirte Basin, oil fields which produce the bulk of Libya’s income, forces controlled by strongman Khalifa Haftar – backed by Russia and Egypt and allied with the Tobruk government – have taken control of oil terminals from a group of militias from Benghazi.

Russian special forces are reported, by unnamed US and Egyptian sources, to be playing an increasing role in the oil-rich region, raising eyebrows in Western capitals, especially in light of Moscow’s Syrian exploits.

Libya’s eastern oil ports had been closed for the past two years thanks to a dispute over control and export, but Haftar turned them on – along with the revenue stream – when he captured them in September.

The terminals matter politically – since the fighting, the Haftar-allied Tobruk parliament has voted to withdraw its already tentative support for the GNA as well as a UN-backed peace process – as well as economically.

Without oil, the country could fall into an even deeper economic crisis. It’s already suffering from a crippling cash shortage. Along with rival governments, Libya has two rival central banks: one in Tripoli uses dinar currency printed in Britain; one in the east uses similar but not identical dinar notes printed in Russia.

With billions of dinars worth of banknotes arriving, the country should be awash with money. But instead the banks have been restricting supply in a mostly unsuccessful bid to control runaway inflation.

Only a few local banks are authorised to issue cash, and often with a limit of 300 dinars ($214 at the official exchange rate, more like $50 in real terms) per customer each week.

Long lines form outside banks when word goes around they may be open for a day, and riots have broken out as frustration boils over. Earlier this month, a man was shot outside the prominent Aman Bank. Relatives seeking revenge fired four rockets into the building, and in the ensuing night of fighting it burned to the ground.

The World Bank says 60 percent of the country’s $25 billion budget goes on a grossly inflated public sector, with corruption enabling many to get non-existent state jobs. With the economy in such a shambles, incomes from these phantom positions are some of the few means of survival.

The country’s largest employer is Misrata’s Naseem dairy. Employing only 900 people, it announced in March that it may have to close because the financial chaos means it can’t get credit to import milk powder and packaging.

Money shortages are made worse by galloping inflation, and restricting cash has not stopped the value of the currency plummeting as the price of goods has sky-rocketed. Dollars now cost around six dinars on the black market, more than three times the official rate of 1.4.

“Looting is rife here,” complained one Tripoli resident. “Even [Abdul Raouf] Kara [the leader of the Deterrence Force, a militia that is the nearest thing Tripoli has to a police force] can’t stop it. Last week alone my neighbours were stopped in the street [by gunmen] and cash and mobiles [phones] were taken.” 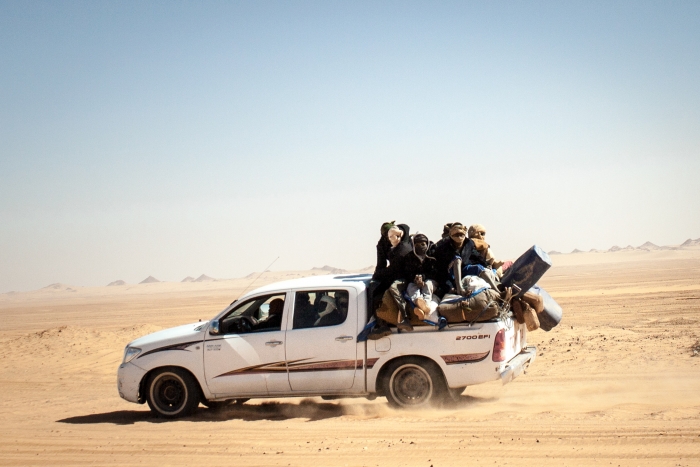 The situation is worse still for migrants, mostly from sub Saharan Africa. Some arrive in the capital after long treks through the desert hoping to buy a place on a boat to Europe, while others are simply desperate for any work they can find.

Many of the estimated 275,000 migrants in Libya fall victim to human smuggling. Some are trapped in notorious detention centres, while the unluckiest of all meet their death at sea. Another 313,000 Libyans are internally displaced, in desperate need, with aid agencies helping where they can.

Life is somewhat easier in eastern Libya, where the Tobruk parliament has achieved some semblance of order. Militias have largely been banished, replaced by regular police and troops, and tribal councils have been set up to help with welfare.

Schoolbooks have been printed and distributed across the country and Benghazi is soon to reopen its airport – delayed because militias trapped in pockets in the city centre target it intermittently with Grad missiles.

Those militias are trapped in three tiny enclaves, along with families short of food and water. The UN has mediated one ceasefire but only a dozen civilians took that opportunity to evacuate, leaving the situation deadlocked. Elsewhere in the city, life is returning to something like normal, with teams of volunteers painting fresh white lines on rutted streets.

But this is the exception, not the rule, in Libya at the moment.

According to the World Health Organization, “Libya’s health care system has deteriorated to the point of collapse.” There are chronic medicine shortages in hospitals, since government payment systems have broken down. There is not enough water to drink.

The one thing not in short supply is weapons and ammunition to fuel the fighting.

Most people are trapped here: Few Libyans were able to get visas anywhere, even before President Donald Trump’s US travel ban.

It’s not surprising that nostalgia is all the rage. Social media is full of posts showing photographs from Tripoli in bygone eras: under the early years of Italian occupation, or after World War II when Libya emerged as an independent nation (in 1951). The photographs show a clean, neat city of winding boulevards and a glittering coast – a city from another world.

(TOP PHOTO: Waves of mass displacement began in 2011, and now some 313,000 Libyans have had to leave their homes.In Misrata and across the country, many buildings have been destroyed. Hélène Caux/UNHCR)