It is early afternoon and Miksalište, a major hub for refugees set up in a performance space in the heart of the Serbian capital, is a hive of activity. Some of the refugees queue to pick up donated food, clothes and baby products, while others receive health check-ups. A group of young men crowd around a solar charging station, taking advantage of the free wifi.

Miksalište was formed by Refugee Aid Serbia (RAS), an umbrella group of nine charities, NGOs and social groups from Belgrade when large numbers of refugees and migrants started arriving in the capital from Serbia’s border with Macedonia at the beginning of August. It now helps some 1,000 people per day. Although not trained as an aid organisation, RAS has leveraged global connections, social media, and partnerships with private enterprises to respond to a crisis that has challenged more traditional models of aid provision.

The founders of the collective are drawn from a smörgåsbord of local groups: Mikser Hause, Ped Medic, Adra, the Belgrade Foreign Visitors Club, GivingBack Serbia, Catalyst Balkans, the Anna and Vlade Divac Foundation and Save Babies. Some have experience in aid work, many do not; but in a brief and hectic two months, RAS has become the largest responder to the refugee crisis in the Serbian capital.

Serbia, along with Greece and Macedonia, has become a waystation on the well-travelled western Balkan route to northern Europe, which has already been used by more than 300,000 migrants and refugees this year.

By August, a large number of refugees and migrants were sleeping in Bristol Park, near Belgrade’s main station. “In the beginning, the city authorities said these people were just passing by, that they just stay overnight and they have no need for help,” recalled Srba Jovanovic from Save Babies, one of RAS’s founding members.

But it soon became clear that although most of the refugees were intent on transiting through the city, they still urgently needed shelter, food and supplies, particularly families with young children. 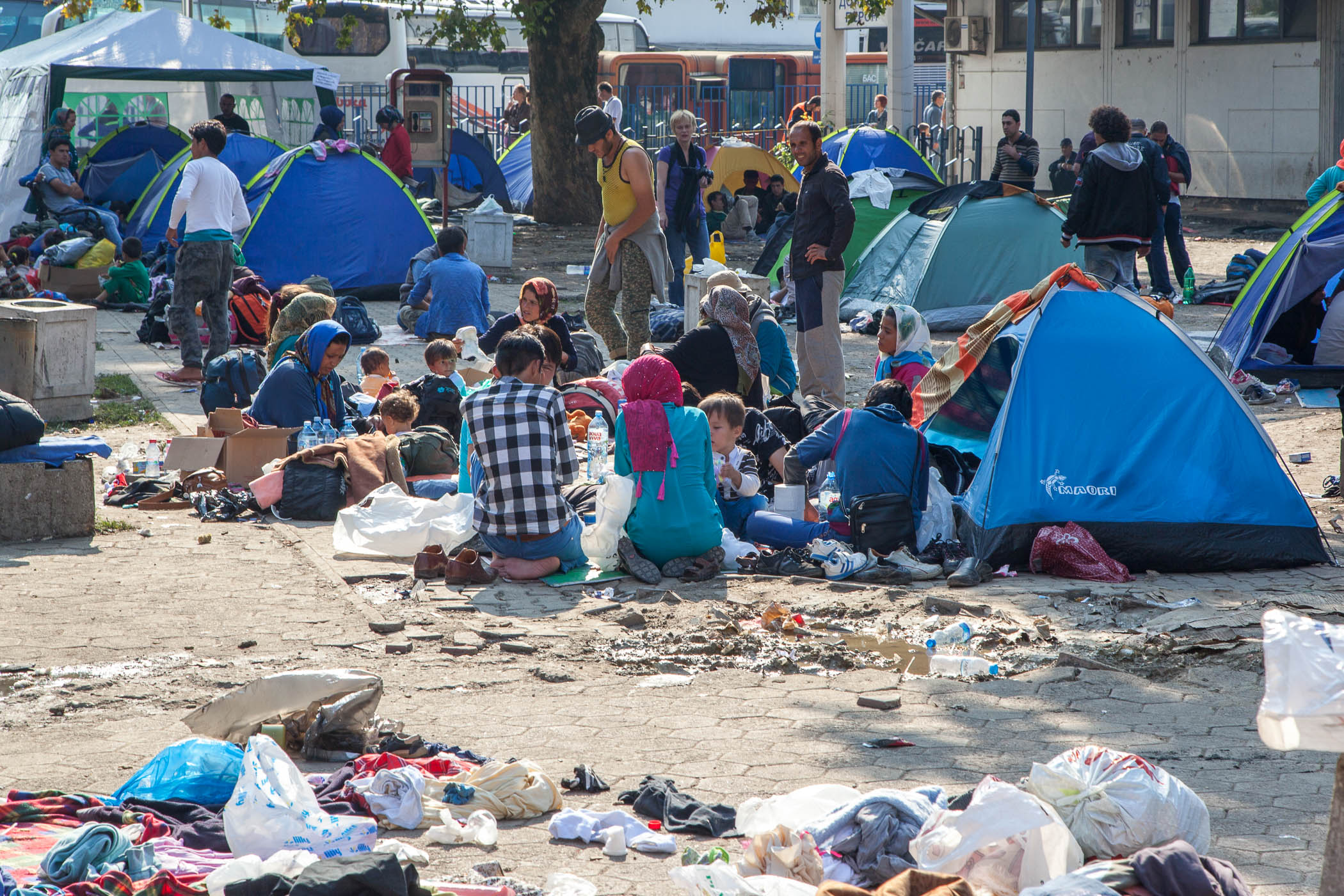 Nenad Popovic, one of the founders of GivingBack Serbia, said it took the groups about 10 to 15 days to launch as RAS. Though initially sceptical that an alliance of groups with such different skill sets could become effective responders, Popovic said RAS has been able to “take it to another level” with speedy coordination and delegation.

One of RAS’s most powerful tools is social media. The coalition’s taskforce includes some 50 volunteers from 29 countries, including translators to work with the Arabic-speaking refugees. Many of the volunteers say they heard about the group through Facebook.

Alireza Akhondi, a political aide from Sweden with Iranian roots, is one of RAS’s international volunteers. He fundraised more than €25,000 from friends and family, then used the money over two weeks to fill the gaps that he saw in RAS’s work. With cold weather coming, he saw the need for a soup kitchen and established teams to distribute hot food throughout Bristol Park, where many refugees were sleeping. “When the situation here is under control, then we will leave and go on to the next problem,” he said.

While most of the group’s volunteers are not from Belgrade, the bulk of donations have come from locals. Several RAS staff suggested that the recent memory of Serbian refugees during the Balkans war has galvanised support.

To avoid the bureaucratic process of registering officially as an NGO, RAS avoids all cash donations.

According to Jovanovic, RAS has found ways to accommodate potential donors who aren’t in Belgrade. “They are saying, ‘Find a family with kids; put them in a hotel or hostel and take a photo of them for me to know you have housed them; and give the hotel my credit card details,’” he said. “So this is how we are getting around the financial donations.”

RAS has also partnered with a number of private Serbian companies. To address the refugees’ need for phone charging stations and WiFi to contact friends and family, RAS requested help from MTS, one of Serbia’s largest telecoms companies. MTS donated a solar-powered WiFi and charging station. “So far, our experience is that private companies are responding immediately when we ask,” said Jovanovic.

Local shops are donating food and water, and taxi companies are transporting donations and supplies around the city free of charge. “We didn’t have relationships with the companies before this and are just trying to get them to help in an ad hoc way,” said Popovic.

Having mobilised so quickly, RAS is now faced with the challenge of sustainability. None of its staff are paid, which means the large infrastructure of support they have built remains fragile. Its organisers are well aware how reliant they are on the generosity of the public and volunteers.

After his transformative experience working at Miksaliste, Akhondi returned home with several other Swedish volunteers. This is not unusual. “It would be good if we could pay people for this but it doesn’t exist,” said Popovic. “I have to leave on Monday for a new job, but we have to keep people going otherwise it would fall apart in just a few days.”

The need is likely to increase as Hungary sporadically closes its border with both Serbia and Croatia, creating a bottleneck of refugees in both countries.

According to Popovic, an RAS convoy that took €7,000 worth of aid to the Croatian border on Wednesday dwarfed the response from the Serbian Red Cross. Popovic also expressed doubts about whether international aid organisations are equipped to respond to this fast-moving crisis, especially as it drags on into the winter months.