This article is part of our in-depth coverage. Read more like this...
SANA’A / BEYROUTH

Suddenly everyone knows about Syria as hundreds of thousands of refugees flee across Europe. But further south, another Middle Eastern country is also imploding, arguably at an even faster rate. Will refugees from Yemen now also start to flee to Europe?

The ticket office in Sana’a is crowded with people, bustling to get to the front of the queue. These are Yemen’s upper- and middle- classes, jostling for a spot on the next plane out of the country.

There is only one commercial route open: a once-daily flight to the Jordanian capital Amman. If you book today, the earliest you’ll be able to leave will be in six weeks.

The UN’s refugee agency, UNHCR, says more than 100,000 people have fled Yemen since a Saudi Arabian-led coalition began bombing the country in March to drive pro-Iranian Houthi rebels from power.

Of these, only around 40,000 are Yemenis. The rest are foreign nationals, mostly from the Horn of Africa, who have returned home.

UNHCR spokesman Andreas Needham told IRIN the actual number may be higher as the refugee agency and the Yemeni authorities only have figures for those people who approach them for assistance.

Within the country, 1.5 million people have had to flee their homes. The head of the international Red Cross said the intensity of the conflict in just five months had left Yemen looking like Syria after five years.

At the ticket office, few people wanted to stay in Jordan once they got there. The United States, Saudi Arabia, the United Arab Emirates and Malaysia were among a jumble of countries mentioned as desirable destinations.

Osama Nabil, a 32-year-old engineer, wanted to reach the UAE with his wife and child.

“I lost my job in a telecommunications company, and the Saudi coalition targeted our neighbourhood in Sana’a and reached our village in Ibb Governorate. So I have to leave the country and try to find a safe place to protect my family.”

Ameen Mohammed said his young son was in need of urgent medical treatment, but preferred not to give further details. He was at the office of Yemenia Airways hoping to be on the next flight out. He was told to come back in a month and a half.

Will Yemenis, then, become the next wave of migrants heading for Europe’s shores? The short answer is probably not yet.

There are a number of reasons why.

The first is visas. Getting a European visa is nigh-on impossible for Yemenis. And, unlike Syrians, they don’t get automatic visas to Turkey – from where the majority of refugees and migrants travelling to Europe leave. So, for them just to get to the beginning of the illegal smuggling route is extremely difficult. The Greek coastguard says there have been only 94 Yemeni arrivals so far this year. Another alternative would be the far more dangerous Libyan route. But again, even getting there is a challenge, not to mention the perilous crossing of the Mediterranean once you do.

Yemen is also a lot poorer than Syria and the costs of flights are out of reach for most people. Yemenia sales officer Naif Mohammed explained that the price of a ticket to Amman is just under $700 per person, a figure only the very richest can afford. Another travel agent explained an added difficulty. They now only accept payment in dollars, which can be almost impossible to find in the country. 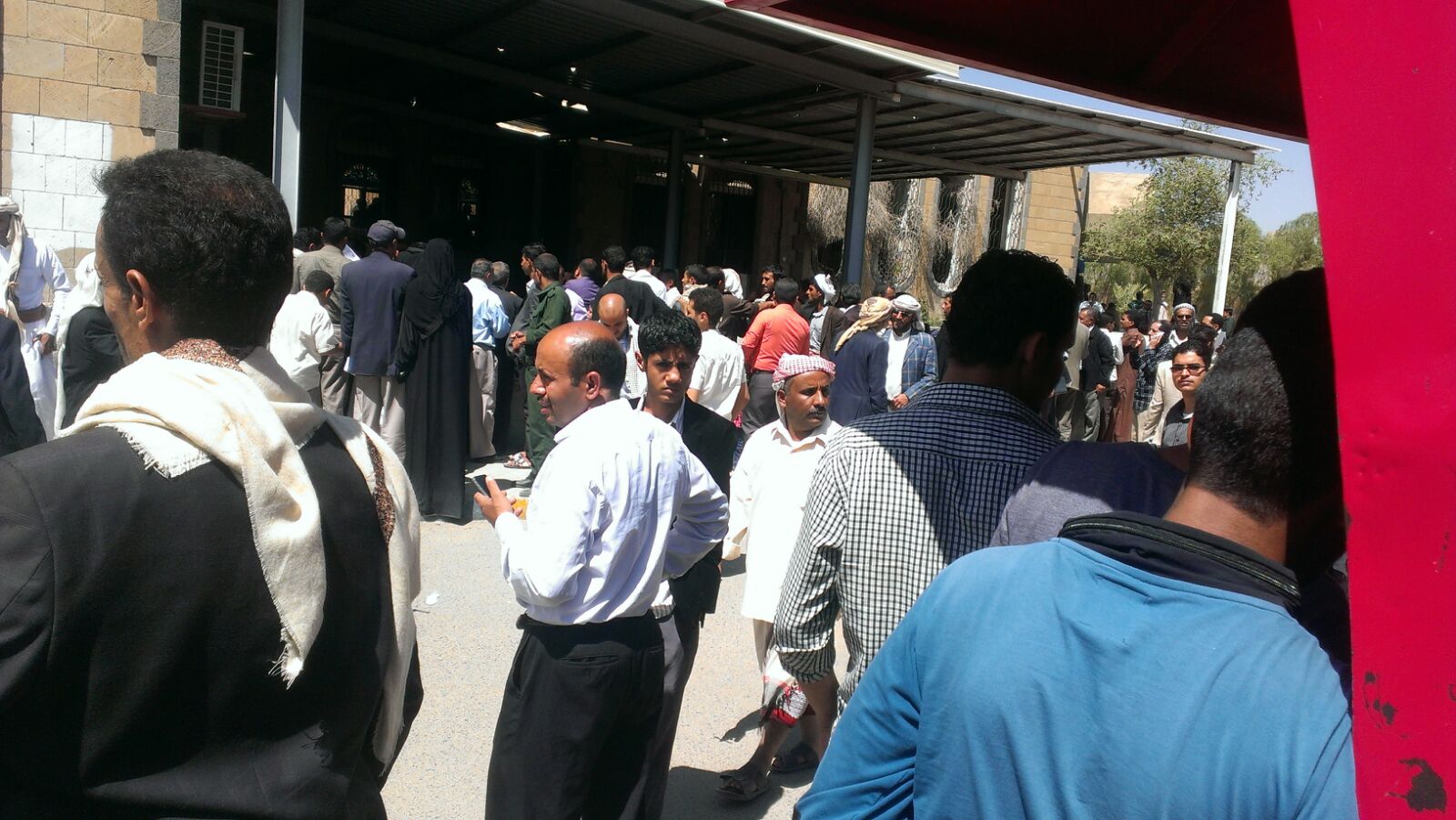 Kareem Jamal, 34, sold most of what he owned to pay for the tickets for his family-of-three. “It is very difficult to get a loan from anyone nowadays, so I took to selling my car and bought the tickets as I did not have any other option.”

Even for those not seeking to fly, costs are high. Hanibal Abiy Worku, who runs the Norwegian Refugee Council’s operations in Yemen, told IRIN that even the rickety boats to Djibouti – often repurposed cattle boats – are too expensive for all but the wealthiest.

“To a large extent, Yemenis are trapped – few have the resources to leave and, just owing to sheer geography, the trip to Europe is far more difficult than it would be for, say, a Syrian or a Libyan,” said Adam Baron, a visiting fellow and Yemen expert at the European Council on Foreign Relations. “That being said, a number of Yemenis I know are at least pondering making the journey on a theoretical level.”

Others are leaving overland, particularly through the northern border to Saudi Arabia, but they are unlikely to try to get to Europe from there, as that would mean going through Syria.

Mohammed Nassar, 45, said he was travelling with his mother, wife and three kids to live with his brother in Saudi Arabia. “My country is completely destroyed and I know that it will be impossible that it will be rebuilt for decades, and there won’t be education, job opportunities or a good economy. So it’s better to leave now and start a new life in a safe country to raise our kids properly.”

Abiy Worku, from the Norwegian Refugee Council, said he was worried about the level of desperation. “The reason why people are not moving is because they can’t. If there were safe routes, they definitely would,” he said, adding that once a few more Yemenis made it to Europe the floodgates might open.

“It can happen any day. If this news arrives back home people will start taking that route.”