European Commission President Jean-Claude Juncker called for “bold, concerted action” to manage Europe’s refugee crisis during his State of the Union address today and outlined a raft of measures that member states will need to decide whether to adopt in Brussels on Monday.

In May, when the Commission released its European Agenda on Migration, it proposed triggering an emergency mechanism to deal with sudden influxes of migrants and called on member states to accept 40,000 asylum seekers from Italy and Greece. Coolly received, the proposition was watered down and eventually adopted only as a voluntary scheme.

In light of ballooning arrivals at EU borders since May, boosted by the increasing number of asylum seekers using the western Balkan route from Greece to Hungary, the new proposal calls for relocating an additional (to the 40,000 in May) 120,000 asylum seekers: 15,600 from Italy, 50,400 from Greece and 54,000 from Hungary.

The Commission is pushing for the scheme to be mandatory, with the exception of the UK, Ireland and Denmark, which have treaty exemptions on such matters. Other EU members that don’t participate would have to make a financial contribution (equivalent to 0.0002 percent of GDP) towards the efforts of those that do participate.

The public attitude towards migrants, a significant proportion of whom are now more widely recognised as being from war-torn nations like Syria and Afghanistan, has shifted significantly and politicians in many countries are now under pressure from their electorates both to accept more refugees and to help forge an EU-wide solution to the crisis.

At the same time, consensus on the best course of action remains a long way off. German Chancellor Angel Merkel, whose government has taken in by far the largest number of asylum seekers this year, has warned that the total relocation figure of 160,000 might not be enough. According to the UN’s refugee agency, UNHCR, more than 380,000 migrants and refugees have arrived in Europe via the Mediterranean so far this year, nearly 130,000 in August alone. 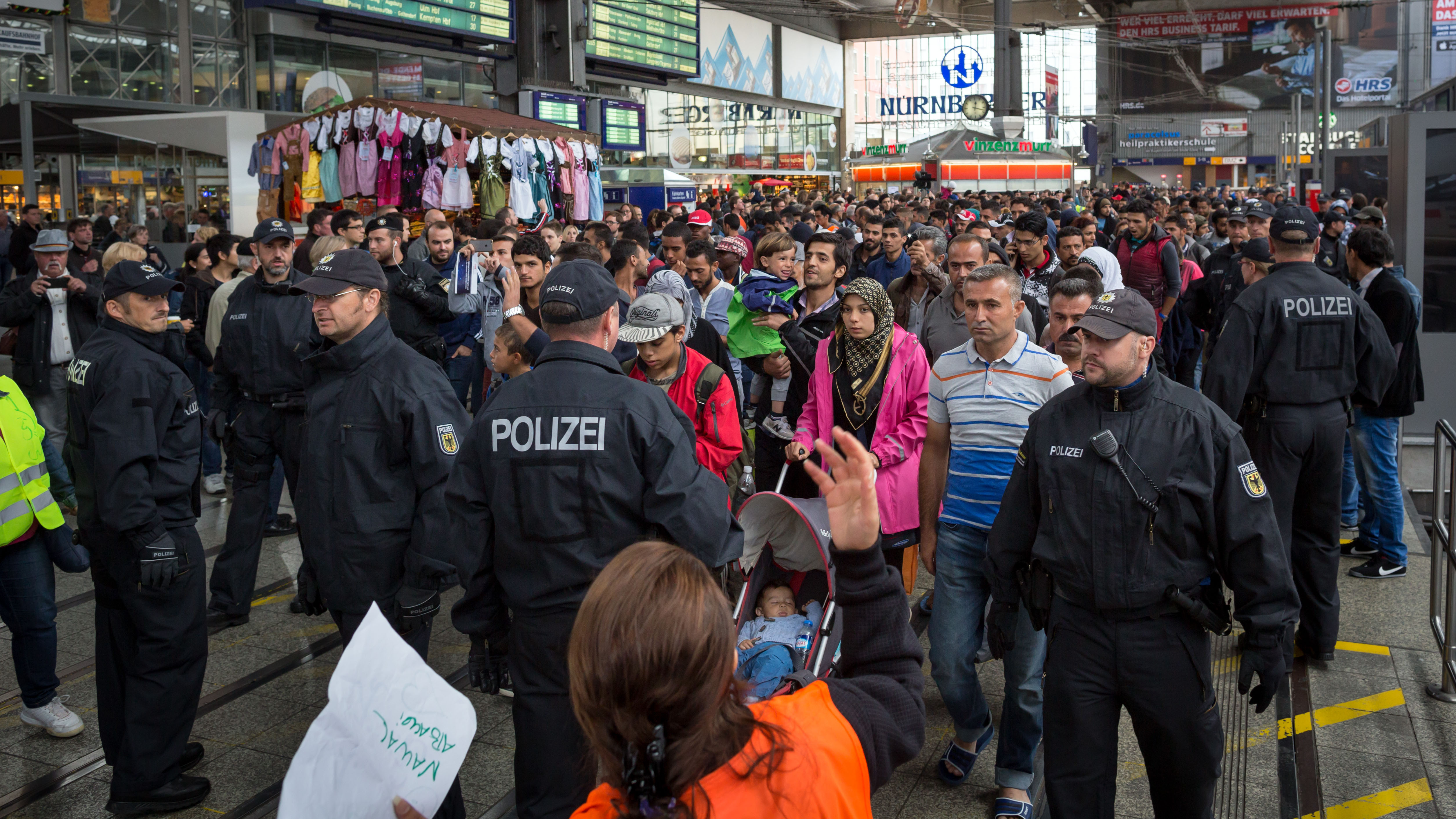 Meanwhile, British Prime Minister David Cameron has made it clear his government won’t participate and Hungarian Prime Minister Viktor Orbán remains opposed to any EU-imposed relocation scheme, despite the fact that his country stands to benefit.

But most importantly, it is not clear how it will actually work in practice. The proposal does not deal with the fact that most of the asylum seekers arriving in Italy, Greece and Hungary are relocating themselves as quickly as possible – boarding trains and buses where available, making use of smugglers or simply walking – and heading directly to the states they perceive as most welcoming, primarily Germany and to a lesser extent Austria. How many of the new arrivals will be prepared to wait to be assigned for relocation to a country they may not view as their best option for a better life?

The Commission’s proposal notes that when deciding which member state should take a particular asylum seeker, “account should be given to the specific qualifications and characteristics” such as language skills and family, cultural or social ties that could facilitate integration. But it goes on to say that asylum seekers will not have the right to choose the member state selected for their relocation or the right to move to another member state, and can only appeal a relocation decision if it represents an infringement of their fundamental rights. Asylum seekers who try to leave their designated member state could be forcibly returned there.

This would not replace the much-maligned Dublin Regulation but would “complement” it. Much like the current relocation proposal, it would allow the EU to respond to a crisis by distributing asylum seekers from member states struggling to cope. The important difference is that the mechanism could be activated when needed and would not need to go through the lengthy process of EU Council adoption.

Drawing up of a common list of safe countries of origin

As predicted, the Commission is proposing the adoption of an EU-wide list of safe countries of origin for asylum seekers as an alternative to current national lists that differ from one member state to the next.

The list aims to help harmonise the EU’s widely divergent approach to approving asylum requests from various nationalities and to facilitate swifter returns of applicants deemed to be from so-called “safe” countries.

The Commission is suggesting that Albania, Bosnia, Kosovo, Macedonia, Montenegro, Serbia and Turkey could all be included on the common list.

See here for a discussion of why such a list could be problematic, particularly for persecuted minorities in ostensibly “safe” countries. The inclusion of Turkey on the list, a country from which nearly a quarter of asylum applications in the EU were recognised in 2014, is likely to be particularly controversial.

Current levels of public and political support for refugees may wane if member states don’t start returning a higher proportion of migrants deemed not in need of international protection. In 2014, only about 40 percent of “irregular” migrants were returned to their home countries.

The Commission is recommending increasing the proportion of returns that are voluntary rather than forced (voluntary returns are less expensive and more likely to be successful), but is also pushing for stricter enforcement of EU rules requiring member states to deport irregular migrants who refuse to leave voluntarily.

The role of Frontex, the EU’s border agency, in enforcing returns will be ramped up. In particular, member states will be encouraged to make more use of Frontex-coordinated “joint return operations” whereby deportation flights bound for a particular country can pick up returnees in several member states.

The EU has already poured two billion euros into a trust fund to support responses to the Syrian crisis. Much of that funding will go towards making life more bearable for Syrian refugees in neighbouring countries, particularly Turkey, where so-called secondary movements of refugees towards Europe have been on the increase.

In addition, the Commission is proposing the creation of a 1.8-billion-euro Trust Fund for Africa that would focus on promoting stability and economic development in the Sahel, the Horn of Africa and North Africa.

The quid pro quo for all this financial aid is likely to be an expectation that African states will be more cooperative when it comes to returns of their citizens from Europe, and also in terms of combatting migrant smuggling networks.