This week promises to be an important one for Europe’s response to the migration crisis in the Mediterranean, where more than 1,800 migrants have lost their lives since the beginning of the year.

Today, EU foreign policy chief Federica Mogherini will ask the UN Security Council to pass a resolution, drafted by Britain and supported by France, Italy and Spain, which would authorise military action against migrant smugglers operating in Libyan and international waters.

This move is likely to receive wider support among EU leaders than some of the other proposals expected to form a new migration policy due to be presented by the European Commission on Wednesday.

These include a mandatory quota system to ensure a more even distribution of refugees across member states and a renewed push for the creation of more safe and legal channels for migrants to reach Europe so they don’t have to rely on smugglers.

How did we get to this point?

François Crépeau: At the end of the 1980s and early 1990s, we saw a change because it’s the time when the Schengen Agreement was being negotiated. Politicians decided there’d be freedom of movement between EU countries and that caused a sea change in terms of security procedures. It’s the moment when irregular migration goes from the ministry of labour or social affairs to the ministry of interior or home affairs. And since then we’ve been securing borders more and more, and we have constructed the irregular migrant as a security object when 99.9 percent are not: they present no security risk.

Hein De Haas: We made it so difficult to get in, we created a market for smuggling. What I find really disturbing is the lack of historical perspective. It’s not a phenomenon caused by the Arab Spring; it all started with the introduction of visas for North Africans in 1991, and before that there were more or less open borders with southern European countries. Many migrants would come and earn money and then go back to their countries. The more we started to close our borders, the more migrants were forced to start using smugglers. The biggest misunderstanding is that by attacking smugglers you solve the issue. You only increase the dependency of migrants on smugglers

Could or should Europe go back to having open borders?

François Crépeau: I’d like to go back to the 1960s when the border wasn’t a security issue, when millions of Africans crossed into Europe looking for work. They bought a ticket, came on the ferry and arrived in Europe. They showed their papers and no one objected to them looking for work, and, when they found it, their visa was easily changed to a work permit. That’s what I’d like to go back to. For economic migrants, we have to recognise there’s a pull factor which is our job markets. And as long as we don’t recognise that, they will come and be employed in exploitative jobs. These people are mobile and they’re all connected. They don’t see why they shouldn’t be allowed to go and look for work just like we can. So do we let the smugglers control the system or do we organise it ourselves? 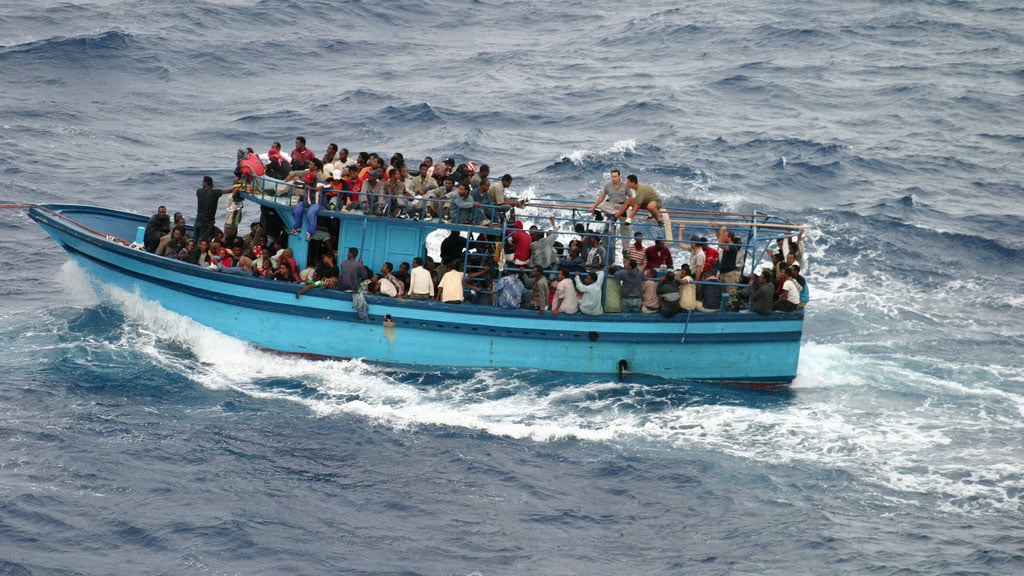 Hein De Haas: I think if it happened in a coordinated fashion, if all EU countries did it at the same time and gradually, I don’t see why more open border regimes wouldn’t be possible. The evidence is pretty conclusive that if you introduce visa restrictions, you reduce the numbers [of migrants] coming, but also the numbers going back, so you push migrants into permanent settlement. Permanent settling of Moroccans in Spain really only took off after visas were introduced in 1991.

There are so many examples, if you go back in history, when you had more open borders and there were no massive immigration flows. When Spain joined the EU in 1986, there was a big fear that it would cause mass migration, but it didn’t happen.

Martin Ruhs: I think it’s important to have arguments for open borders out there. But it’s also important to not do economics without politics. If you take a global point of view, the fastest way of increasing welfare is to liberalise labour migration. But, we also know nation states restrict migration and it’s a highly salient issue in most states and politically often difficult. There are very important policy problems that need to be addressed. The really difficult challenges are about the in-between solutions – in between the arguments that we should lock everyone out or let them all in.

If you have to regulate [migration] somehow, how exactly do you do it? All immigration policy involves inclusion and exclusion and that’s always going to be difficult. I think moral outrage is important; at the same time I take a more realistic approach. The key challenge for any realistic approach is to get the judgment right about what can’t be changed in the short-term and what are the policies we can change.

Are there any other solutions for asylum-seekers and refugees?

François Crépeau: Saving lives through an operation at least of the size of Mare Nostrum (Italy’s now defunct search-and-rescue operation) as a first principle. I don’t think it’s going to do much to change the pattern of [migrants] crossing the Med with smugglers because it doesn’t respond to any of the push or pull factors. If we don’t touch on those, nothing’s going to change.

There are four million Syrians stuck in the Middle East with no future. If we believe they're going to stay there quietly and wait for us to move them, we're delusional.

We can avoid any refugee going through the ordeal of crossing the Med with smugglers if we have a distribution key across Europe – a way of apportioning people to countries, based on population or size of GDP. There are four million Syrians stuck in the Middle East with no future. If we believe they’re going to stay there quietly and wait for us to move them, we’re delusional. If we don’t organise it ourselves, the smugglers will. I hope at one point, European leaders will show the kind of resolve they need to have despite their electorates, and decide collectively that something needs to be done.

I hope that the idea of resettling refugees in a significant number could catch on. If we divide one million Syrian refugees over five years between all the EU countries, and also Australia, Canada and the US, that is a drop in the bucket.

Martin Ruhs: We need to have a comprehensive debate about policy options. There’s the containment strategy which is keep people out and keep them in the region. There’s the temporary protection strategy where we admit people and hope they return home after conflict subsides, like we did with the Kosovo conflict. Or you can admit people through regular asylum means and then give them permanent protection right away. I think the EU has certainly moved in recent years from temporary protection to a containment strategy, and that has contributed to the rise in numbers of people trying to enter Europe through other means. It’s driven by very short-term considerations.

You now have a lot of Syrian refugees in neighbouring countries which could as a result become unstable. So even if you’re focused on national interests, I think it’s a mistake to take that strategy. My own view is that Europe should do more to protect people who are trying to cross on boats. It should clearly take many more Syrians, but even if it did, you’re only going to help a small fraction [of the refugees]. There needs to be a much bigger response in terms of making these countries more stable. Focusing on the “traffickers” as they call them, that’s profoundly mistaken.

What about economic migrants?

Hein De Haas: There is a close relation between economic cycles, labour market demands and levels of labour immigration. If a society wants to cut back on immigration, it can’t be achieved through migration policy because if there’s still a labour market, people will still come. So the only way to do something about that, is to do something about the demand. Migration is not a tap you can turn on and off, labour demand will keep driving it.

Martin Ruhs: I can think of no country that does not define its migration policy primarily based on what they see as best for their residents. I think vastly increasing labour migration channels in response to the Mediterranean crisis would be hard to make a case for. Many of these people are fleeing violence and conflict and it’s there that we need to think much harder about what we can do, because the ethical obligations that we have towards those people are very important. I think we need to think about changing the composition of our immigration influx. In Britain, asylum-seekers make up less than 10 percent of total immigration. Maybe we should admit more asylum-seekers and refugees because of the need to protect those people rather than making the argument that we need more labour migrants to benefit our economy. Employers will always want more workers, but they’re not the only stakeholder group.