With Italian authorities rescuing 8,500 migrants in the Mediterranean over the weekend and reports up to 400 may have perished, there can be no doubt that an unprecedented summer surge in migrant sea crossings is already under way.

Wars are raging on in Syria, Iraq and elsewhere, and chaos is spreading in Libya - the main departure point for migrants trying to reach Europe by sea. Aid agencies have been warning for months that unless urgent action is taken, migrant deaths at sea in 2015 will exceed last year’s dismal record of 3,500.

The situation is worse this year because less assistance is available to migrant boats in distress. The Italian navy’s search and rescue operation, Mare Nostrum, was suspended in November 2014 after saving more than 150,000 lives and has not been replaced by anything with the same geographical reach and capacity.

The European Commission has given no indication it intends to include a European Union-funded search-and-rescue mission in its new policy on migration, expected in early May.
As the humanitarian crisis in the Mediterranean appears set to deepen, IRIN has compiled a list of the potential solutions being put forward - and in some cases already being implemented - by aid agencies, activists and the private sector.

The partnership with MSF means the 20-person crew will now include two doctors and a nurse who will be able to treat conditions ranging from sunburns, dehydration and hypothermia to chronic conditions such as diabetes.

The joint sea rescue and medical aid operation will run from May to October, covering the so-called Central Mediterranean route between the south coast of Italy, Malta and the north coast of Libya, with disembarkation points determined by the Italian coast guard. The Phoenix will be equipped with food, water and blankets as well as high-speed inflatable boats and surveillance drones.

“This is a drop in the ocean, but we hope to encourage other boats to do rescue at sea and to press the European Union to reconsider its decision to suspend rescues,” said Hernan Del Valle, director of Humanitarian Affairs at MSF Amsterdam, the section leading the initiative. 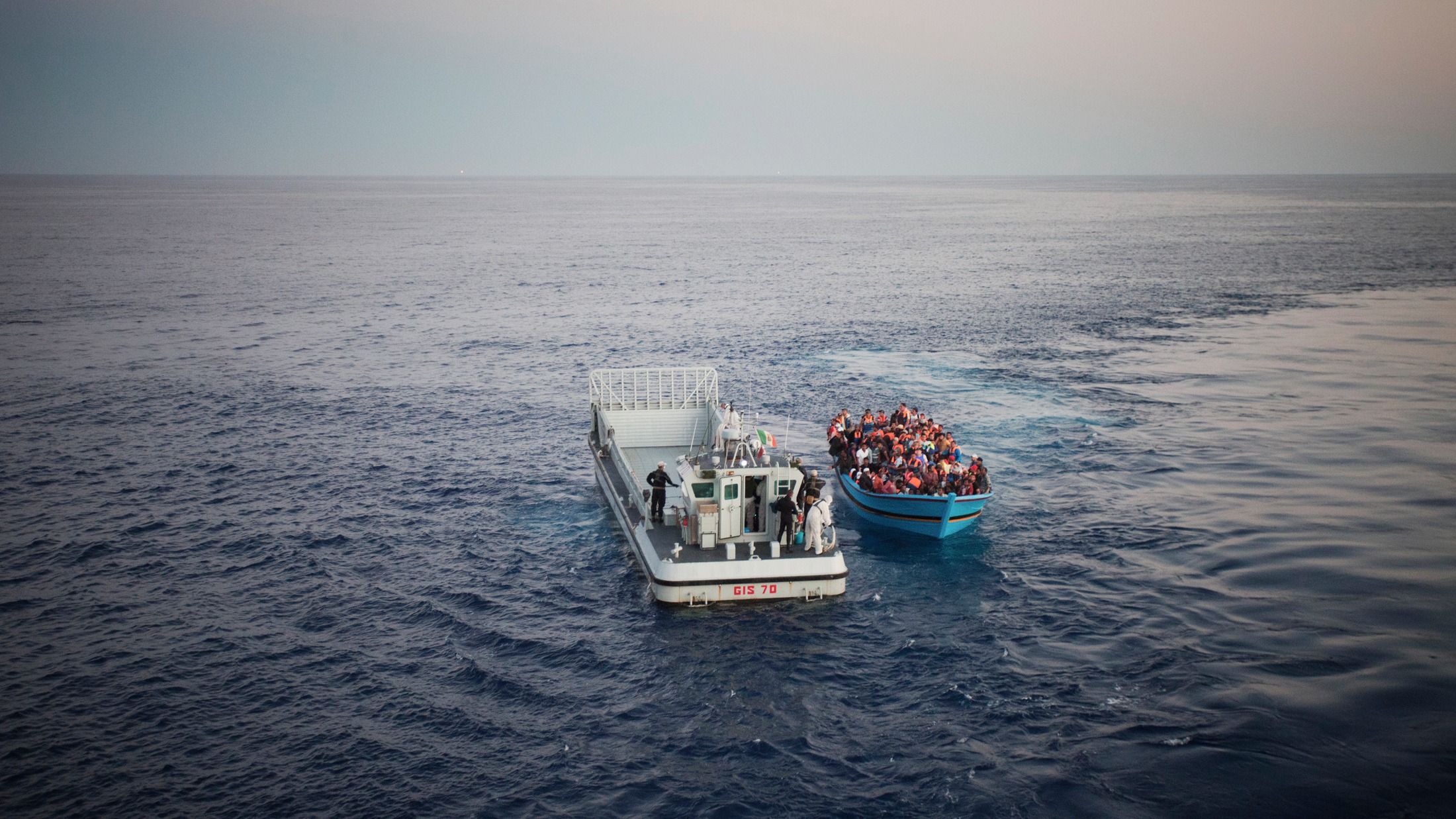 MSF considers the Central Mediterranean route to Europe the most dangerous, not only due to the risk of dying at sea, but also because of the extreme violence often experienced by migrants and asylum-seekers along the way. In Sicily and Lampedusa, MSF medical teams regularly treat migrants who have been subjected to violence and torture at the hands of their smugglers.

“MSF will be crucial for us to focus on post-rescue medical care,” said MOAS director Martin Xuereb.

A smaller private rescue initiative is being launched by German businessmen Harald Höppner and Matthias Kuhn. Their 21-metre ship will patrol Libya’s northwest coast for three months, starting mid-May. Höppner and Kuhn have financed the initial costs of the project themselves, but are hoping to sustain it with donations.

For Jean-François Durieux, director of the Refugee Law Programme at the International Institute of Humanitarian Law in Sanremo, private initiatives like these are an innovative attempt to mitigate the lack of a coordinated response from the EU.

“Of course it is not the solution. It is not one private boat that will solve the issue with so many small boats crossing the sea. However, it is much needed,” Durieux told IRIN.

“There is no reason why only [EU member] states should carry out rescue operations. An important message here is that there is also a huge responsibility for the private sector, as the obligation for rescue at sea applies to any ship.”

Although such initiatives will undoubtedly save lives, “this alone does not solve the problem,” Durieux added. “Behind this initiative there is the desire to keep the issue on the agenda: it says people need help, we can help, and states have to live up to their responsibility.”

In 2014, 800 merchant ships were diverted to rescue some 40,000 migrants at sea, most of them in the Mediterranean. At a meeting to address mixed migration by sea hosted by the UN’s International Maritime Organisation (IMO) in London in March, shipowners said they were struggling to cope with the financial and security costs of such rescues.

One of a list of proposals put forward by the UNHCR in March is to compensate private shipowners for the losses they incur rescuing migrants at sea. A mechanism set up by the IMO during the exodus from Vietnam in the 1980s still exists and could be re-activated, said the agency.

Expanding resettlement programmes in the EU would reduce the need for refugees to board smugglers’ boats. Europe’s current contribution to resettlement remains low, with only about nine percent of refugees resettled globally taken by member states. In 2014, the total figure for all member states was just 7,525, although Germany granted humanitarian admission to a further 10,000 Syrian refugees.

A campaign led by IOM together with five NGOs  is advocating for Europe to provide 20,000 resettlement places per year until 2020.

The EU’s own contribution to addressing the crisis has included a proposal by several interior ministers to outsource the screening and processing of asylum claims to north African countries.

The Italian government went one step further by proposing that patrols of the Mediterranean should be outsourced to countries such as Egypt and Tunisia.  “Rescued” migrants would be taken to their ports and irregular migrants would be returned to their country of origin.

Such an initiative would produce “a real deterrent effect, so that less and less migrants would be ready to put their life at risk to reach the European coasts,” notes the Italian proposal.

But migration experts disagree. Writing for IRIN, Ruben Andersson of the London School of Economics argues that such collaborations with African states create perverse incentives that contribute to abuses of migrants, fuel the smuggling trade and make the migration crisis “a self-fulfilling prophecy”.

Greek authorities are erecting a 12.5km fence along the country's land border with Turkey, a major crossing point for undocumented migrants trying to reach Europe 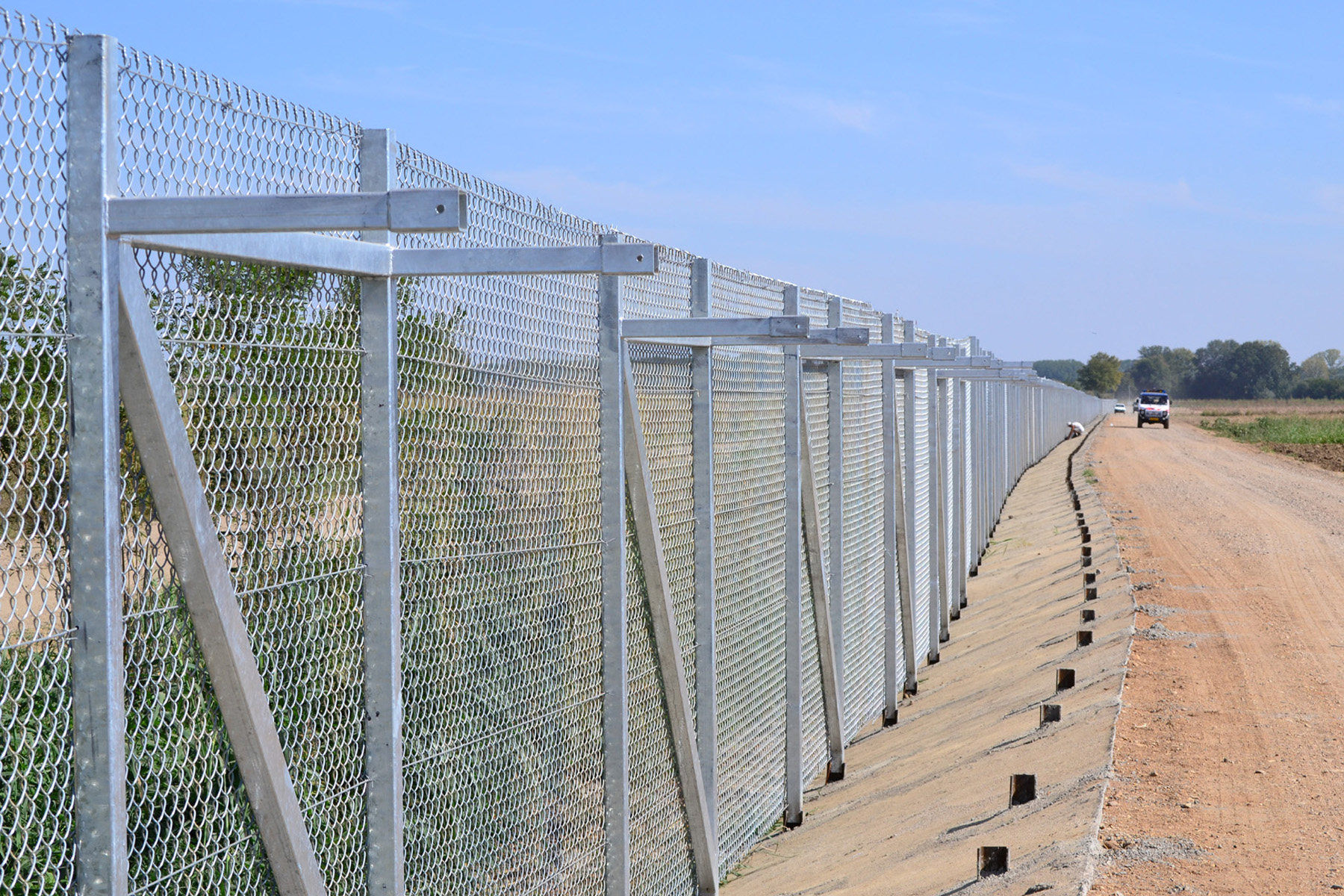 Migrants and asylum-seekers are increasingly opting for sea crossings because overland routes have become impenetrable.

In addition to the fences, border guards from several countries on the frontlines of the EU have been accused of pushing back migrants and denying them access to asylum.

Numerous rights groups, including Human Rights Watch, have pointed out that reducing rather than bolstering border controls and creating safe and legal channels to the EU are the only lasting solutions to the worsening crisis in the Mediterranean.