2014 was a year of records for asylum claims, according to an annual round-up released today by the UN Refugee Agency, which noted that 866,000 claims were made in the world's industrialized nations, double the figure for 2013.

That figure will undoubtedly grab headlines, but the report reveals many other important trends. IRIN has highlighted a few of them:

• For the fourth year running, Germany was the largest recipient of new asylum claims (with 434,000) among this group of industrialised countries. Over the same period, Sweden registered the largest number relative to its population size - 24.4 applicants per 1,000 inhabitants. The United States, although the second largest recipient of new asylum seekers, averaged only 1.3 applicants per 1,000 nationals. 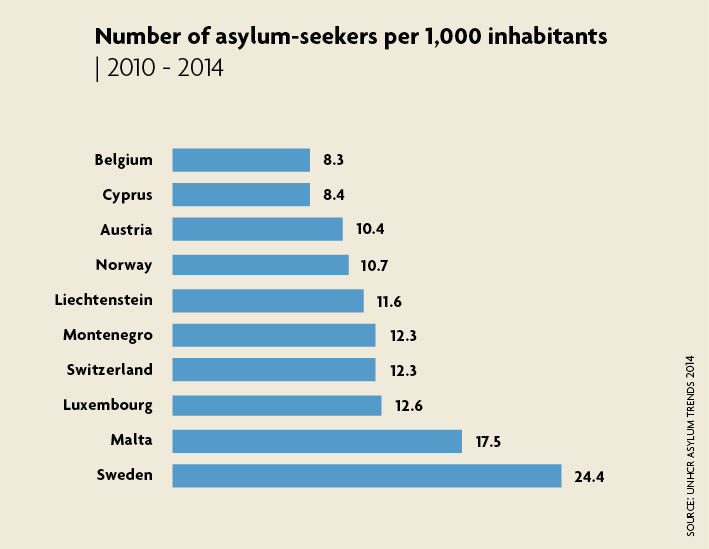 • The dramatic increase in asylum claims was not spread evenly across countries. Australia, for example, which introduced a number of measures aimed at deterring asylum seekers in 2014, saw a 24 percent decrease in claims compared to 2013.

• For the first time, the largest number of asylum seekers registering claims in the USA, came from Mexico. They accounted for 39 percent of all claims lodged there and were primarily fleeing violence and persecution from organized criminal groups. 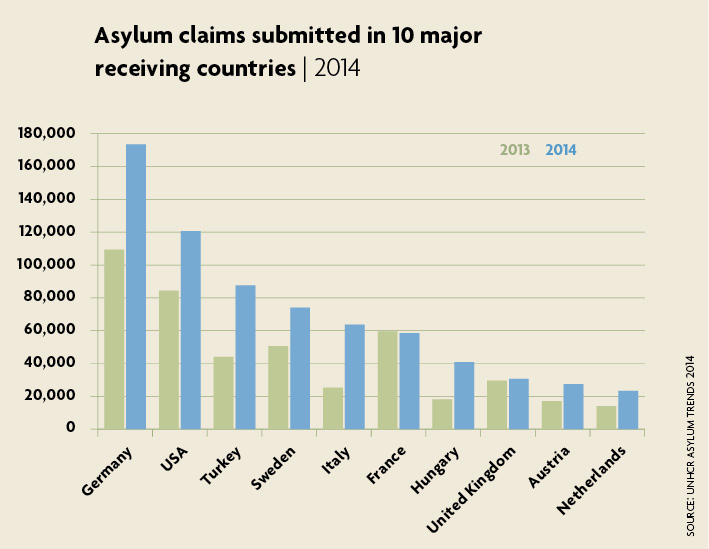 • The number of Syrians who applied for asylum in 2014 was more than double the number in 2013. Syrians accounted for one out of every five new asylum claims lodged in the industrialised world in 2014.

• Iraq was the second largest source country for asylum seekers, accounting for 68,700 applications. Seventy-four percent of them were made in Turkey.

• Finally, it’s worth emphasising that these figures only represent those asylum applications made in 44 developed countries that regularly supply UNHCR with statistics. Developing countries, such as Pakistan, Iran, Lebanon and Jordan hosted 86 percent of the world’s refugee population in 2013. More details of asylum trends in those countries will be available when UNHCR publishes its Global Trends 2014 report in June.