Late last year an image went viral. In
it two golfers, dressed in white on lush green fairways, appear
oblivious as in the background around a dozen migrants try to scale a
border fence in an attempt to enter Europe.

The migrants were climbing from the sleepy and
conservative coastal north Moroccan town of Nador, trying to enter
Melilla, one of two Spanish territories inside the North African
country. It shone a light on Morocco’s struggles to manage its migrant
population and attempts by Spain to further seal its borders.

In
many ways the policies of the two countries could not be more
different. While Spain continues to seek ever-tougher measures to turn
back those trying to enter the enclave, Morocco has actually sought to
open up to migrants – with a year-long drive to regularise migrants
ending at the end of December 2014.

According to the
latest official national figures, of the 21,000 applications received up
until the beginning of November, 8,949 were approved, the final numbers
are expected to be released in the coming weeks.

Nigerian Goodluck, who only gave his first name, came
to Nador with the aim of climbing that fence to get into Melilla and
claim asylum from the Spanish authorities there. He made a number of
attempts between 1999 and 2008, travelling back and forth to Nigeria in
between.

“I saw many people drowning in the sea, and I got beaten up by the police many times”, he said, pointing to a scar on his leg.

Goodluck
says he spent at least Euros 3,000 on smugglers’ fees in the process,
before eventually giving up. "You could have started your own business
in Morocco with that money," Hicham Arroud from Association
Thissaghnasse pour la Culture et le Développement (ASTICUDE) a local
NGO, gently chastised Goodluck.

ASTICUDE, which started
out as a cultural and educational organisation, is helping migrants like
Goodluck who have given up trying to reach Europe to apply for
residency in Morocco through the regularization process launched by the
government in January 2014.

Throughout the year, the
government invited certain categories of foreign nationals - including
those married to a Moroccan, those with employment contracts and those
who had resided in the country for more than five years, to apply for
residency.

According to Hicham Arroud, as of December
there had been 295 applications for residency in Nador, of which 44 were
accepted. All of these were women; the only man given residency in
Nador to date is Mohamed Kouassi, an Ivorian football player.

Goodluck
told IRIN he was frustrated not to have received a response to his
residency application. "I am tired of begging every day," he said.

Nador's
proximity to Melilla, just 16 kilometres away, has attracted a sizeable
population of Sub-Saharan African migrants. According to the latest
estimates from Delegación de Migraciones, an organisation affiliated to a
church in Nador providing health care support, there are 859 migrants
in the 12 camps around the municipality of Selouane (south of Nador). Of
those 121 are women, 24 are children, and 30 unaccompanied minors.

There
are also five other camps in Gourougou and Farkhana, the forests close
to Melilla, though the numbers fluctuate widely due to the recurrent
attempts to climb the fence and to reach Spain by boat.

In
the 1990s, most of the migrants trying to enter Melilla and Ceuta, a
second Spanish enclave, were Moroccans, but now the majority are
Sub-Saharan African migrants.

According to Nuria Díaz of
the Spanish Commission for Refugees (CEAR), the vast majority are
immediately intercepted by border guards and returned to Morocco. “The
Spanish government says that when they push back migrants who cross the
fence, they’re acting in the framework of a bi-lateral agreement with
Morocco. But this agreement says they must have the opportunity to apply
for asylum first. But in reality, people don’t have access,” explained
Díaz.

Migrant rights groups have long described the
expulsions as unlawful. Authorities on both sides have also been accused
of beating up migrants they catch trying to cross the border. 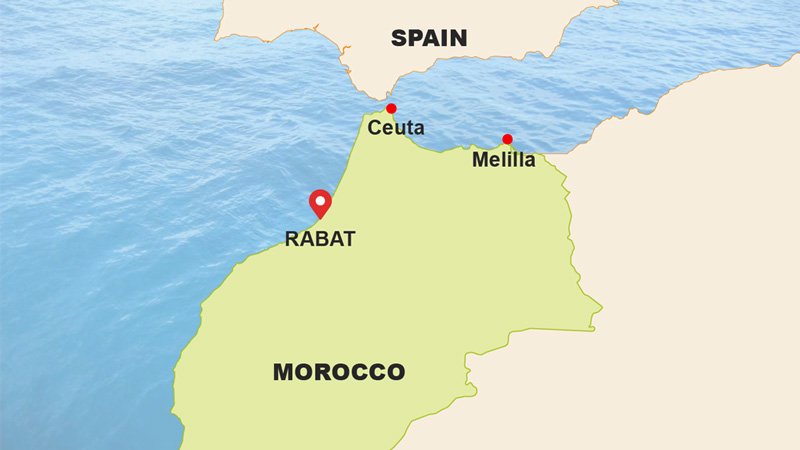 In December 2014 Spain’s lower house of parliament
approved an amendment to the country’s public security bill. It is yet
to pass through the upper house, but if it does, Díaz says it will
“legalize this practice [of push backs] that we know has been happening
systematically since 2005.

Rights groups including CEAR,
Amnesty International and Human Rights Watch are vehemently opposed to
the move, arguing that it violates Spain’s obligations under
international and EU human rights and refugee law.

According
to Amnesty International: “As it stands, the amendment does not detail
the procedure for ‘border rejections’ or provide any human rights
safeguards.

“This failure will deprive asylum seekers of
access to the asylum procedure in Spain and could result in refoulement
[the expulsion of persons who have the right to be recognised as
refugees] by exposing migrants, asylum-seekers and refugees to the risk
of serious human rights violations in Morocco.”

Giving up on Europe

But not everyone
who comes to Nador is trying to cross into Melilla: Many of the men and
youths living in the Gourougou and Farkhana forests do make regular
attempts to scale the fence, but some migrants want to settle in Morocco
itself.

However due to their irregular status and lack
of fixed income, many have no choice but to live in tents and self-made
shacks in the forest on the city’s outskirts, and it is common to see
people begging on the street in and around the city centre.

Victory,
who only gave his first name, is from Nigeria, and arrived in Morocco
in 2003. He says he left for economic reasons: “My salary as a
university professor wasn’t enough to sustain my family, so I had to
find another way,” he explained. 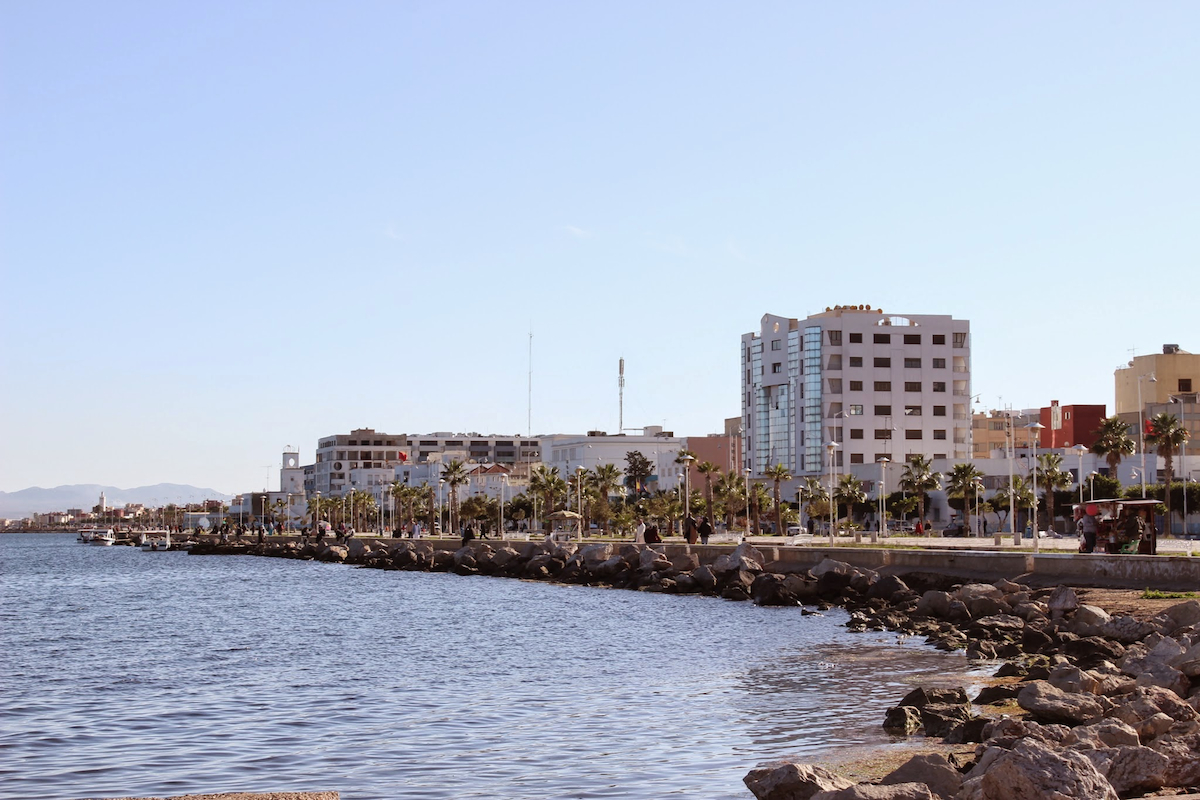 The 37-year-old worked
as a cook in restaurants in Casablanca and then Rabat before coming to
Nador to live rough in the forest in November 2013. “I had no job and no
financial assistance so I had no choice but to go live in the forest,”
he explained, blaming his irregular status on his difficulties.

The
government in Rabat launched its regularization scheme in response to
the increasing number of migrants like Victory deciding to stay in
Morocco, as well as to pressures from the EU.

In June
2013, Morocco and the EU signed a so-called “mobility partnership” aimed
at harmonising their migration policies. In it Morocco agrees to resume negotiations on a readmission
agreement – a convention obliging one state to accept individuals
expelled from the other signatory state.

Morocco had for
a long time refused to agree to this clause but the EU persisted that
the mobility partnership could only be signed if Morocco agrees to the
readmission agreement.

According to Stéphane Julinet,
program manager in charge of migrant rights and advocacy at GADEM, a
Rabat-based association, the EU’s pressures on Morocco are
“contradictory”.

“On the one hand the EU is asking
Morocco to act as a gendarme, blocking migrants by any means, and on the
other hand it requires it to have a pro-human rights legislation in
order to justify the EU’s collaboration with Morocco”, he adds. “The EU
is asking Morocco to do the dirty work while remaining presentable”, he
said.

A long way towards integration

In
June last year, a national commission for follow-up and recourse was
installed. One of its first decisions was to issue a memo asking local
authorities to grant residency to all migrant women who could provide an
identity document from their home country, regardless of any other
criteria.

“Bureau des Etrangers [Foreigners Offices]
have applied this memo differently: some have regularized entire
families and others only the women”, explained Julinet. He said
there were several cases of families in which the woman has received a
positive answer, while the man hasn’t.

Angeline, 37, who
only gave her first name, is one of those who have benefitted from this
measure. “It didn't take very long to get my card,” she says. “But the
people here are still not used to this,” she says, indicating her dark
skin. “People call us Ebola”, she added angrily.

She
says she fled forced marriage and female genital mutilation in her home
country of Côte d'Ivoire where she worked as a school teacher until
2012, and came to Morocco to start a new life.

IRIN met
her in Segangan municipality, south of Nador, looking for a cleaning
job in a shop or restaurant, the private French lessons she had been
giving having dried up. Until she finds a new job, she says she has no
choice but to continue living in the forest.

The 2014
regularization, which ended on 31 December, comes as part of broader migration policy reforms that include the drafting of three new laws to
deal with people smuggling; with migrants’ rights; and the granting of
refugee status to asylum seekers.

There will also be programmes aimed at better
integrating migrants, by giving them access to education, professional
training and counselling.

The Commission Nationale deSuivi et de Recours (National Monitoring and Appeals Committee), which
is leading the regularization commission is due to meet in early January
to assess the campaign and establish new
decisions regarding appeals.