Bangladesh's announcement that it will move two camps housing some 30,000 officially documented Rohingya refugees has heightened anxieties among the Muslim minority, who fled persecution in neighbouring Myanmar. Observers applaud the possibility of improving camp conditions, but are concerned the move could also increase insecurity.

On 6 November, Prime Minister Sheikh Hasina, in a meeting with the Disaster Management and Relief Ministry, said the camps would be moved to a "better location", which was later described by her press secretary as a larger space. The prime minister reportedly acknowledged that the current camp conditions were "inhumane".

But in the two registered camps jointly administered by the government of Bangladesh and the UN Refugee Agency (UNHCR) - Kutupalong and Nayapara - details remain murky and distrust high as resident Rohingyas have faced decades of ill-treatment in Bangladesh.

"We are worried and confused about the government move to shift the camps," Mohammad Ismail, secretary of Kutupalong refugee camp, told IRIN. "If the relocation is to better places, we welcome the move as we are leading a miserable life here. But we can't be sure."

UNHCR says there are 200,000 to 500,000 Rohingyas in Bangladesh, of whom only 32,355 are documented and living in the two camps, both within 2km of Myanmar. Most live in informal settlements or towns and cities in what Médecins Sans Frontières (MSF) described as "deplorable conditions".

"I can only hope that any relocation for Rohingya refugees, especially those from Kutupalong, would indeed be a better location and that they would not be subject to more restrictions by the authorities or persecution by local goons."

A 2013 government "Rohingya Strategy" charted vague plans for handling the refugees - including building new camps for the unregistered masses. But discrepancies between Bangladesh's humanitarian promises and its behaviour, plus an ongoing influx of Rohingyas as the situation in Myanmar continues to deteriorate, means decisions made in Dhaka, like the proposed camp location shift, are met with fear and anxiety among the refugees.

According to UNHCR, the Cox's Bazar camps are overcrowded and a move to avoid congestion is welcome. However, Stina Ljungdell, UNHCR country representative in Bangladesh, told IRIN: "An actual move of the camps would entail substantial financial commitments which may be hard to secure during a time when UNHCR is facing multiple crises and more displaced people than ever, all over the world."

But humanitarian agency cooperation or offers of funding have not, historically, solved the problem. For example, Dhaka cancelled a "UN Joint Initiative" to implement livelihoods activities for Rohingyas and Bangladeshis in the Cox's Bazar and Teknaf areas (two of the country's poorest) - with more than US$30 million in aid pledges - in 2010 citing suspicions of the UN's "mala-fide intent to rehabilitate refugees in Cox's Bazar district under the pretext of poverty reduction for locals."

In June 2012 Dhaka barred the then UNHCR country representative from visiting the border regions (part of the agency's routine work) as Rohingyas attempted to escape communal violence in Myanmar. The following month, Dhaka ordered three prominent international NGOs - MSF, Action Against Hunger (ACF), and Muslim Aid - to cease aid to the Rohingyas in and around Cox's Bazaar. And in October of that year, following the second bout of communal violence, UNHCR called for Bangladesh to open its borders to offer refuge to those fleeing, but Dhaka refused. 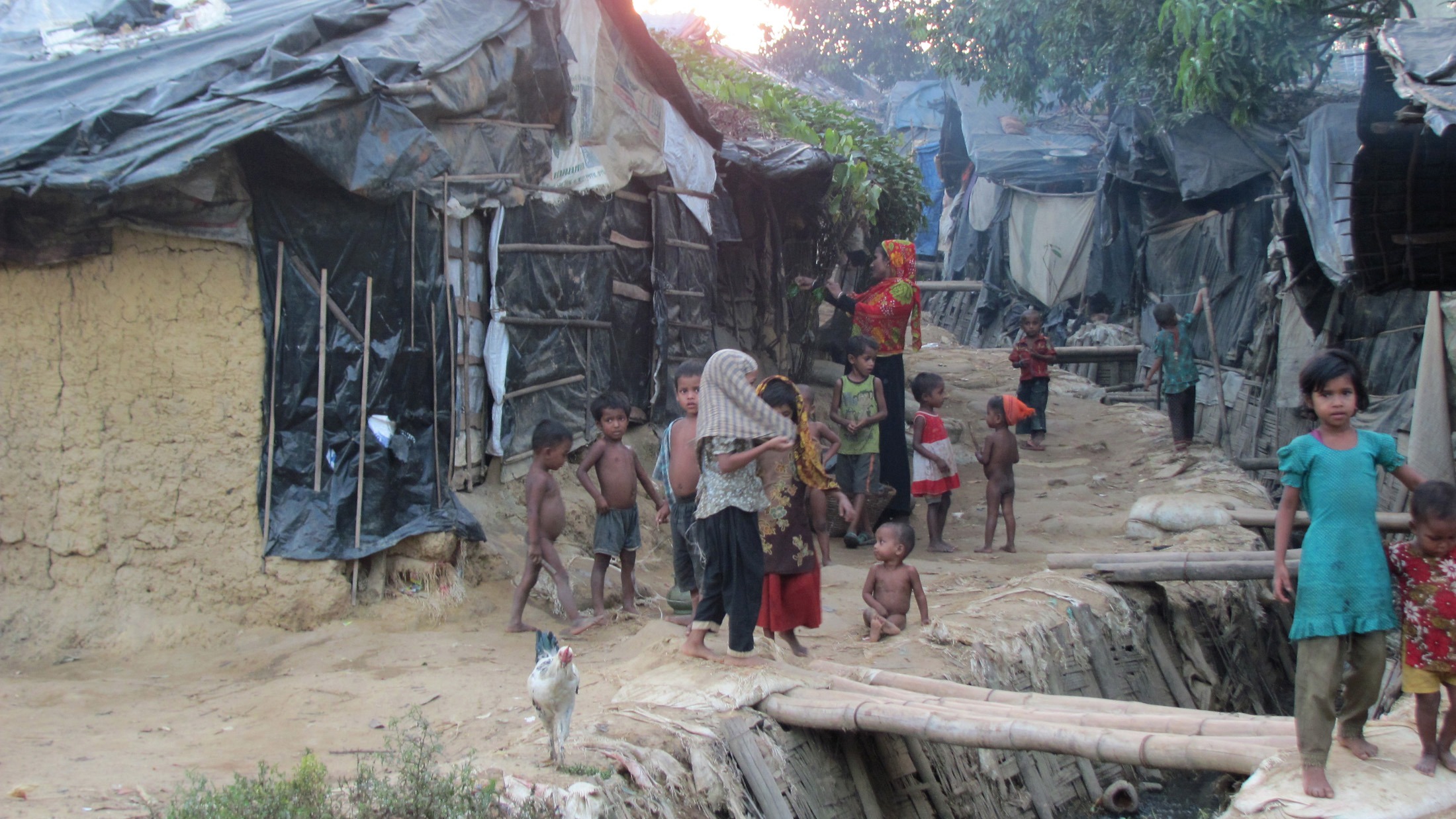 Amit Kumar Baul, head of Myanmar Refugee Cell at Bangladesh's Ministry of Disaster Management and Relief, said the ministry's top officials will "sit soon to discuss the relocation", but he declined to comment further. The pressure is expected to continue to mount on Bangladesh as Myanmar's "policies of persecution" towards Rohingyas continue, driving more to cross into Bangladesh.

"The refugees are already in a vulnerable condition. The government should not do anything that can make them more vulnerable," said CR Abrar, coordinator of the Refugee and Migratory Movements Research Unit (RMMRU) at Dhaka University, explaining that the relocation announcement has created anxieties among the refugees. He argued: "If the government wants to relocate, it must ensure that the refugees get all the facilities they are getting now."

Sixty-year-old Zafar Ahmed, a registered Rohingya refugee who came to Bangladesh in the early 1990s, said he and his family are worried by the announcement. "We don't know where we are heading to and we are confused," he said.

Anti-Rohingya sentiment is high among Bangladeshi communities living near the camps, sometimes stoked by jealousy that Rohingyas receive food and other aid. Shop owners in Kutupalong markets told IRIN they felt it was more difficult for Bangladeshis to get jobs because Rohingyas could be hired at such low costs.

For Rohingyas, many of whom work informally, this resentment can manifest itself in violent attacks, including local men allegedly raping Rohingya women inside the camps. Sayed Alam, chairman of Kutopalong camp, said: "We are living here in severe insecurity. We will welcome any move to shift our camps to better places."

For those who are unregistered, the risks of daily life are even higher.

"We do not want to live here. We will go anywhere government sends us. Even if they send us back to the sea, we will go," said an unregistered Rohingya who asked not to be named.

"We are worried and confused about the government move to shift the camps. If the relocation is to better places, we welcome the move as we are leading a miserable life here. But we can't be sure."

Chris Lewa, director of the Arakan Project, an organization that monitors Rohingyas in Myanmar and Bangladesh, told IRIN: "For at least 10 years, refugees consistently reported that Bakhtiar [a former local government representative and community leader known by one name] and his gang stole their food rations, beat many of them, and he was even accused of raping a refugee woman."

Unregistered refugees fear being left behind

Meanwhile, rumours are adding to a sense of unease.

"We even heard that our camps will be shifted near a military cantonment and more restriction will be imposed on us," said a Rohingya who works as a volunteer in an aid organization in Kutupalong camp. 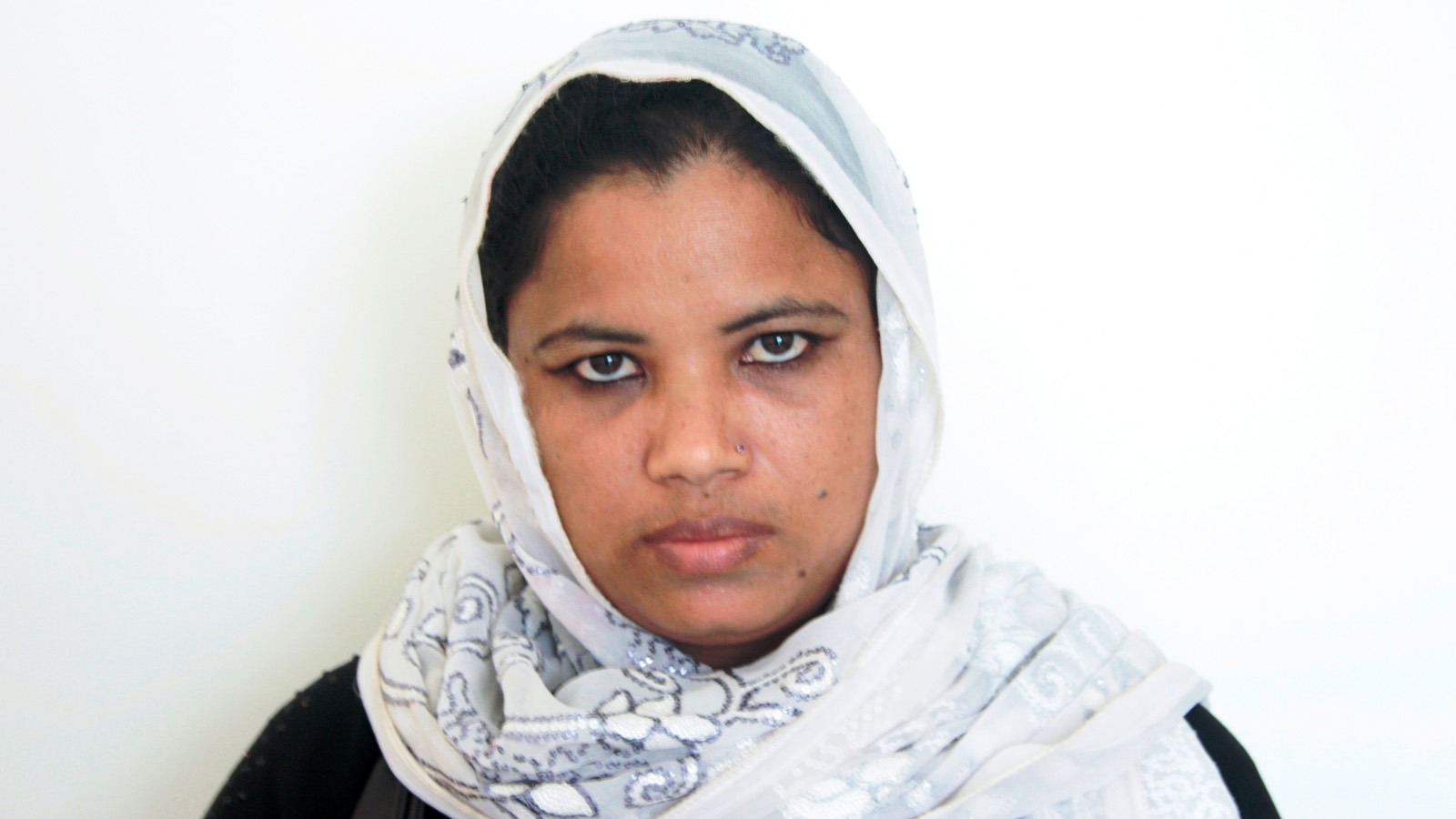 Rohingya camp and community leaders confirmed to IRIN that they have received no official communication from the government about the move.

Unregistered Rohingyas, who live in squalid informal settlements near the registered camps, are concerned they may be left behind.

"We welcome any move if the unregistered Rohingyas are also shifted," he said.

UNHCR told IRIN that, as far as it was aware, the current government plans do not include any consideration of unregistered refugees.

"I can only hope that any relocation for Rohingya refugees, especially those from Kutupalong, would indeed be a better location and that they would not be subject to more restrictions by the authorities or persecution by local goons," said Lewa.

Rohingyas, a Muslim, linguistic and ethnic minority in Myanmar's Rakhine State, have been subject to state-sanctioned persecution for decades. Two bouts of communal violence in 2012 sparked the exodus of more than 100,000 from Myanmar to date; 140,000 are currently interned in camps there; around 800,000 remain in villages with extremely limited movement. Myanmar rejects their citizenship and their name itself, and recently condemned UN Secretary-General Ban Ki-moon for saying "Rohingya" during the November Association of Southeast Asian Nations summit in Myanmar.