"The bad news is that drug-resistant parasites are actually found in a wider area than we previously thought," said Nicholas White, professor of Tropical Medicine at the University of Oxford, and author of a July 2014 study that revealed drug-resistant malaria parasites have spread to critical border regions of Southeast Asia (including the Cambodia-Thailand and Myanmar-Thailand borders), and that resistance to Artemisinin, the world's most effective anti-malarial drug, is now widespread in the region.

Artemisinin is effective against malaria, but it must be used in a combination of several drugs. In 2007, the World Health Assembly (WHA) issued a resolution calling for the end of monotherapies (or using a single drug) to treat malaria as this practice was causing resistance. A full dose of Artemisinin Combination Therapy (ACT) is now prescribed to prevent the development of drug resistance.

According to White, who also chairs the Worldwide Antimalarial Resistance Network, despite the new evidence of resistance along the Thailand-Cambodia border, not all hope for effective interventions is lost. He told IRIN: "The good news is that we can still treat it using longer ACT courses and we can map its spread using a molecular marker."

A "molecular marker" was identified in 2013 in western Cambodia, which for the first time allowed scientists to detect malaria parasites with resistance to drug treatments outside clinical trials.

However, despite these advances in malaria monitoring and the availability of treatment, some warn the containment of drug-resistant malaria will require "radical action" to prevent what history has shown to be a deadly inter-continental spread.

According to the Pasteur Institute, one of the partners in the research on malaria's molecular marker, "the discovery of this marker will further our understanding of parasite resistance to Artemisinin derivatives, improved monitoring of the spread of resistant forms of malaria, and the swift adaptation of effective treatment methods to combat this disease."

While almost 40 percent of the world's population is exposed to malaria, no vaccine currently exists. In 2012, it killed 627,000 people globally; WHO estimates that 207 million cases were detected worldwide that year. The mosquito-borne parasite mutates to resist popular treatment drugs.

From the late 1950s to the 1970s chloroquine was the most commonly-prescribed drug, but resistance spread across Asia to Africa, resulting in a resurgence of malaria infections and millions of deaths. Chloroquine was replaced by sulphadoxine-pyrimethamine (SP) in 1973, but resistance to SP emerged in Thailand by the end of the 1980s and spread to Africa. By 2006, ACT became the treatment of choice for malaria in many malaria endemic countries, replacing SP.

"Now we face the prospect of history repeating itself for a third time," said the Bangkok-based Mahidol Oxford Research Unit (MORU) in a July 2014 statement.

According to Patrick Kachur, a medical epidemiologist and chief of the Malaria Branch of the Centres for Disease Control and Prevention (CDC), "if the resistance observed in Southeast Asia were to intensify or spread to Africa, it could cripple efforts to control malaria there and reverse a decade of progress."

"The massive global effort to scale up effective malaria treatment and prevention that has saved more than three million lives in the last decade could be reversed," he said.

The 2007 WHA resolution calling for the elimination of monotherapies to treat malaria came as a reaction to evidence that using single drugs in isolation was not only ineffective treatment, but caused the parasite to mutate to resist such medicines. Following the resolution, the UN World Health Organization (WHO) worked with pharmaceutical manufacturers, government health departments, and practitioners to attempt to eliminate monotherapy drugs from circulation. 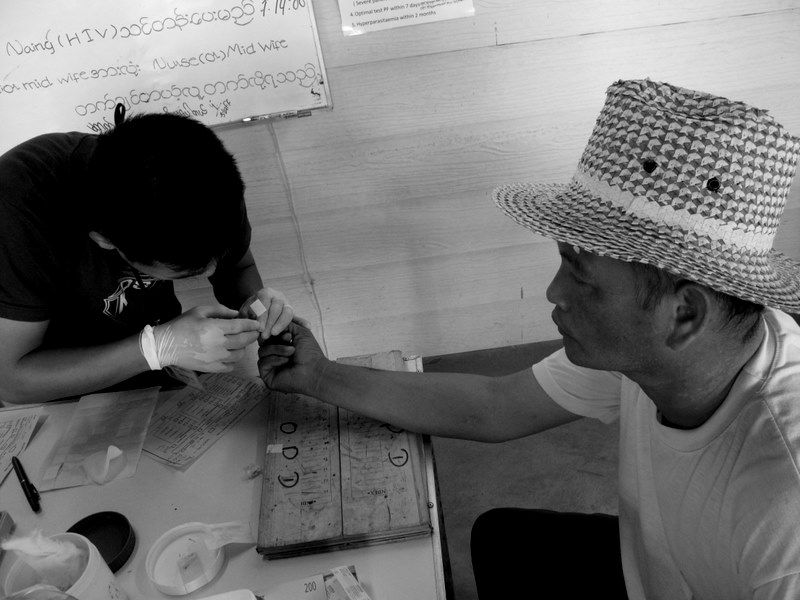 In May 2014, WHO admitted that "despite comprehensive regulatory action and substantial progress, [oral Artemisinin monotherapy] is still available in many countries," and called for "intensified action" to eliminate the use of these treatments.

Resistance has also been linked to counterfeit or substandard treatments, unregulated antimalarial drug use, migration, and the unusual genetic structure of malaria parasites in western Cambodia.

Randall Packard, a professor of medical history at Johns Hopkins Bloomberg School of Public Health in the US, explained that, "there are multiple forms of population movement and disease exposures in [Southeast Asia]. This, combined with the widespread availability of counterfeit drugs, limited health services which can effectively treat patients, and the marketing of monotherapies have turned the border area into a breeding ground for resistant strains of malaria."

And, he warned, some of these driving factors are too big to even attempt to control.

"It is hard to see how one can transform the economy of an area like Southeast Asia to reduce labour migration. In the short run it might require finding ways to screen workers for resistant forms, or radically treating all workers before they leave areas where resistant strains exist," Packard said.

According to Kachur, as resistance spreads "[it] is particularly important because there are very few alternative drugs available or in the development pipeline that do not rely on an artemisinin antimalarial drug," a phenomenon referred to as "losing drugs".

In 2014 WHO says: "No alternative medicine is ready to enter the market in the next few years to replace ACT."

"The problem is that we are losing the drugs," White told IRIN. "We have made great improvements and saved the lives of one million people since 2000. But this could change and the future is uncertain."

A call for "radical action"

According to White, the urgency of the current situation calls for non-traditional moves to eliminate malaria.

"In this matter, we have looked to the WHO for leadership. But it is more a political organization than a medical one and it is very difficult for them to take this type of radical action," White said, suggesting one approach to try to eliminate malaria in the region could be to introduce a "targeted malaria elimination" strategy.

"This means giving antimalarials to everyone in the endemic area. It has been done many times before. It is controversial but I cannot think of another way to get rid of the disease quickly. It will be very hard though, as global institutions tend to be very conservative", he explained.

For example, malaria was eliminated from some Pacific islands in 1996 with a programme that included multiple rounds of mass drug administrations starting in 1991; however, its generalizability has been questioned as infections have been detected as recently as 1999.

China is also close to eliminating all malaria strains through a strategy that relies heavily on the presumptive treatment of large populations.

Sonny Krishnan, advocacy and emergency communications officer for WHO in Phnom Penh, told IRIN: "Artemisinin derivatives are still the most effective first line treatments and we have yet to find a better alternative." According to him, there is also a danger that if people are treated with non-ACTs, such as Malarone, malaria parasites could also develop resistance to these kind of drugs during prolonged usage.

The National Malaria Centre of Cambodia, under the Ministry of Health, says ACT is still effective in Cambodia, though there is reduced sensitivity in the western provinces. In 2013, Cambodia recorded 12 deaths due to malaria.