Since the enactment of a draconian anti-homosexuality bill in Uganda just over a month ago, donors have been slashing or suspending aid to the country in protest. Health officials, activists and NGOs warn that this could have a major impact on healthcare services, particularly for HIV/AIDS patients.

Project and budget support worth about US$140 million has been suspended or redirected by the World Bank, US and several European countries, including Sweden, the Netherlands, Norway and Denmark, after Ugandan President Yoweri Museveni signed the act into law on 24 February 2014.

Under the new law, persons found guilty of “homosexual acts” can be jailed for up to 14 years, and up to a life sentence for “aggravated” cases, such as those committed by someone who is HIV-positive, or those involving minors, the disabled and serious offenders.

Publicly, the government has appeared unfazed by the donor cuts, with President Museveni speaking at a “thanksgiving” parade to celebrate the Anti-Homosexuality Act (AHA) organized by religious leaders on 31 March and describing donor cuts at “contemptuous”.

But privately a senior government official told IRIN that the consequences have been “dire.”

“We have a crisis. The government has been forced to review its priorities and make readjustments as donors have withheld aid,” the official said. “We are seeing stagnation of social services and public investments. The civil servants have not been paid their salaries [in February].”

IRIN looks at what exactly has been cut, and what this means for Uganda.

The biggest cut so far has come from the World Bank, which suspended a US$ 90million planned loan package aimed at strengthening the country’s health care system, pending further review. The fund was meant to rehabilitate and equip 13 regional hospitals and 27 county-level health centres.

That represents 20 percent of Uganda’s total 2013-14 health budget, and more than half of all donor contributions to the health sector. External financing had been anticipated to account for 37 percent of the total health budget.

“Institutionalized discrimination is bad for people and for societies,” wrote World Bank President Jim Yong Kim in an op-ed reaction to the law published in the Washington Post. “There is clear evidence that when societies enact laws that prevent productive people from fully participating in the workforce, economies suffer.”

In early March Sweden announced that it was looking to withdraw direct aid estimated at $10.1 million, and the Netherlands stopped a $9.6 million subsidy intended for Uganda’s judicial system. Denmark and Norway will redirect more than $17 million meant for the government to NGOs and civil society organizations.

The USA has suspended $13.4 million, across a number of its programmes. The Centers for Disease Control (CDC) on 28 February 2014 suspended an agreement that allowed the US government to fully or partially pay for the salaries of 87 employees of the Ministry of Health’s AIDS Control Programme. The CDC has also suspended the start of a joint survey that was to be conducted with Uganda’s University of Makerere to estimate the size of at-risk populations for HIV/AIDS.

“An effective HIV strategy must reach and treat key at-risk populations,” Erin Rattazzi, the US State Departments’ Africa Bureau Press Officer told IRIN by email. “However, the Act’s provisions against “promotion” and abetting homosexuality leave questions about what researchers, health workers and others may do under the law,” which could leave researchers and participants of the survey at risk of prosecution.

The US has also withheld $6.4 million from the Inter-Religious Council of Uganda (ICRU), an umbrella organization for a number of religious groups in Uganda that has publicly supported the anti-gay law, although it will continue to provide $2.3 million to ensure that medical services continue to the 50,000 people under the organization’s care. The group helps in the prevention, care and treatment of AIDS in Uganda.

A further $3 million intended for tourism and biodiversity protection has been stopped, and the Department of Defense has moved its Africa Air Chiefs Symposium and East Africa Military Intelligence Non-Commissioned Officers course to locations outside Uganda.

The US however stressed that it continues to provide $700 million in assistance annually, and that the cuts will not affect essential health services, agricultural programming or initiatives in democracy and governance. But it noted that “virtually none of this money goes to the government.”

Washington also announced last week it was stepping up involvement militarily in the country, helping the Ugandan government in its fight against the Lord’s Resistance Army (LRA) and the group’s leader, Joseph Kony.

So, how does that affect the government?

It is clear that in the short term at least, there will be a massive hole in funding especially for health care.

“We had not projected the aid cuts. The suspensions [mainly project support] will definitely affect service delivery. We have to look for the resources to cover the abrupt gap,” Keith Muhakanizi, permanent secretary in the Ministry of Finance, Planning and Economic Development, told IRIN.

“I think it was premature for the donors to cut the aid over the law. The donors and everybody should have waited and see how the implementation of the law would hinder service delivery to the minority groups,” he said.

Elioda Tumwesigye, Uganda’s minister for health, told IRIN that the aid cuts in the health sector are a major blow to the response to HIV/AIDS.

“Their action in Uganda, Nigeria or any African country to appease LGBTI [the lesbian, gay, bisexual, transgender and inter-sex communities] is not good in the fight against HIV. If they continue with aid cuts, they will be conserving diseases HIV, TB [tuberculosis], malaria and others. This is very dangerous even to the minority community,” Tumwesigye told IRIN.

“The gays and lesbians who the donors want to protect will be greatly affected because they also benefit from health services. We give services to all. We don’t discriminate [against] people based on their sexual orientation. The laying off [of] the additional staff hired by the ministry to help us in the HIV response after US [through CDC] suspended its funding, has affected our programming, policy implementation, HIV prevention and treatment,” he said.

But Milly Katana, a prominent HIV activist, told IRIN that practically, enforcing a non-discriminatory policy towards health care in the face of this law is impossible. “What we know is that the community that is targeted instead is pushed more underground and any efforts to reach them with services is undermined,” she said.

What do gay rights activists think about it?

Despite their opposition to AHA, activists in Uganda expressed disappointment that aid had been suspended.

“I’m not an advocate for aid cuts. Neither am I an advocate for bullying,” Julian Pepe Onziema, Programme Director of Sexual Minorities Uganda (SMUG), a gay rights organization, told IRIN.

“There are so many horrible laws in this country, but to single out, to radically react to the AHA is not only patronizing but also further enhances LGBTI persons’ vulnerability to both non-state and state-sanctioned homophobia.”

Some believe that cutting aid will undermine key development projects in the country. “This aid in particular is meant to serve vulnerable persons needing treatment and relief,” said Dora Musinguze, executive director of the Uganda Network on Law, Ethics and HIV/AIDS (UGANET). “I would firmly advocate for finding other formula of getting government attention,” she told IRIN.

The prevalence of HIV has risen to 7.3 percent from 6.4 percent in the last five years, according to government statistics.

“As a human rights activist, I would not want the donors to cut aid to Uganda because they will deprive all Ugandans services that they need, most especially those living with HIV/AIDS,” Dennis Odwe, executive director of the Action Group for Health, Human Rights and HIV/AIDS (AGHA) Uganda, told IRIN.

Globally, gay men are approximately 13 times more likely to be infected with HIV than the general population, according to UNAIDS, which has condemned the law. 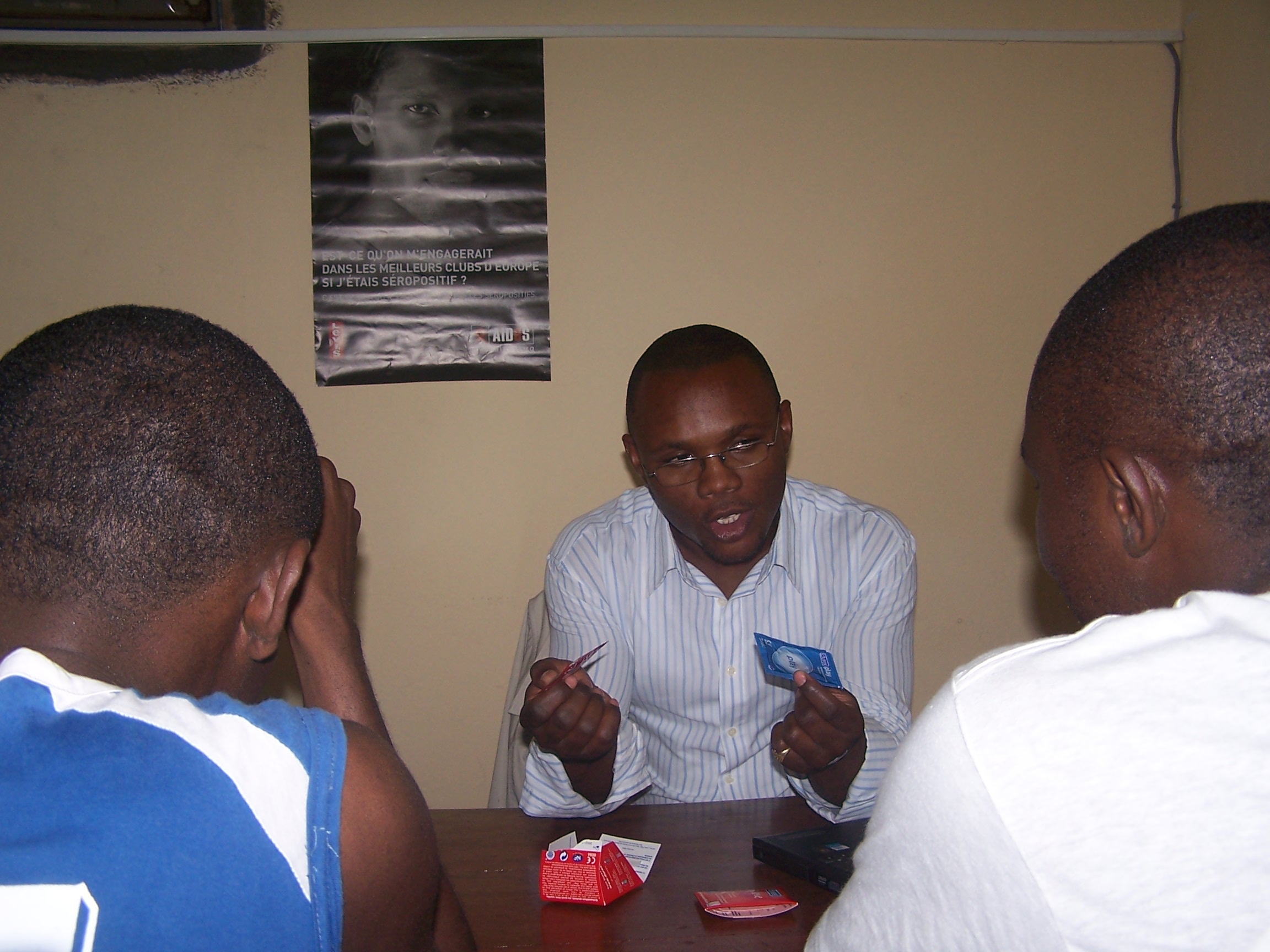 This is not the first time aid has been frozen to Uganda - and government officials are trying hard to get some of it back. In 2012, donors suspended aid following allegations that officials within the Office of the Prime Minister had embezzled up to $13 million in funds intended for recovery in northern Uganda.

“It’s desirable to convince them not to cut the aid, given that this was a private members motion. It was not sponsored by the government. We shall persuade them to resuming funding,” the Finance Ministry’s Muhakanizi, told IRIN. Although the bill was not voted for by the prime minister, many within the ruling party, including the president, have been very vocal in their support for it.

Health Minister Tumwesigye told IRIN the government had “written to them [the World Bank and US] to reverse their decision. We have assured them that the law will not affect the service provision for the LGBTI community. We hope they will reconsider their positions and give us the funding. We appeal to World Bank to approve the loan.”

The European Union’s ambassador to Uganda, Kristian Schmidt, agreed to hold talks with the government in April, after meeting representatives from the Ministry of Foreign Affairs.