Health experts are reviewing a years-long effort to reverse a deadly trend for mothers and newborns in Laos, which has the highest death rate in Southeast Asia for both groups. Offering free maternal and child health care since 2011 and doubling health expenditures in the past decade have helped, but more is needed to reduce preventable deaths, say experts.

“Free service delivery addresses the supply side of services, but there is less emphasis... to ensure that people access services and seek care in hospitals and clinics,” Rizvina de Alwis, the UN Population Fund's (UNFPA) deputy representative to Laos, told IRIN.

Only 38 percent of women give birth with someone known as a “skilled birth attendant”. The maternal mortality ratio is 357 out of 100,000 live births, down from 405 in 2005, but still one of the highest in the Western Pacific region. For every 1,000 live births, 76 babies die within their first 28 days of life.

Changing reproductive care-seeking behaviour, especially for isolated communities, has been difficult: Nearly 90 different languages are used among some 50 officially recognized ethnic groups, complicating communication between health workers and patients. Cash for out-of-pocket hospital payments and reproductive health awareness and services are lacking, especially in rural mountainous areas where most of the population lives.

Tractors, families to the rescue

“Women might have to wade through water or walk for days in order to give birth in a hospital,” said Siriphone Sally Salkuku, UNFPA Lao's coordinator for sexual and reproductive health. “We are trying to encourage villages to keep standby vehicles, such as tractors, to bring women to the health centres.”

But one in five people nationwide has no access to roads, according to the Ministry of Health's 2012 Health Service Delivery Profile (HSDP).

Since the government issued a free mother and child health care decree in 2011, women have been able to deliver babies at no cost, but “consumable medical commodities” such as painkillers are not covered, according to WHO, which noted that over 60 percent of all health expenditures per person are still out-of-pocket.

Most patients do not have enough to cover even minimal payments, said Salkuku, and many must sell land or animals before seeking care. The national average monthly wage in 2012 was US$116, and this was generally less in rural areas.

“[It] is a big financial burden for farmers,” said Eunyong Ko, a WHO medical officer based in Vientiane.

Laos ranks 159 out of 161 countries evaluated in 2011 for density and reach of healthcare workers, according to Save the Children. There is a “critical shortage” of health worker personnel, according to the health ministry’s 2012 HSDP.

In 2010, the government resumed midwifery education after a 20-year hiatus. But while more than 5,000 midwives have undergone the two-year midwifery course and 175 schools have gained equipment to train midwives, only 41.5 percent of births were attended by a skilled birth attendant in 2012, according to the HSDP.

Some 170 midwifery students are expected to graduate in 2013.

Meanwhile health staffing shortages still require patients’ families to provide food and care, which means lost income if they miss work, according to UNFPA and doctors at the Vientiane-based Mother and Child Hospital.

A strong custom of traditional medicine frequently leads communities to consult traditional healers before they consider a state health centre, which is often seen as a last resort.

“Birth is a natural process, so there is a tendency to pay less attention to associated risks,” said de Alwis with UNFPA.

“Women often only go to the hospital if they have complications,” said Vong, a Hmong villager who goes by one name, from Ban Houythao Village in the northern province of Luang Prabang.

Laos' MMR has improved in recent years due to maternal and child health care advances, but maternal deaths are still among highest in Southeast Asia 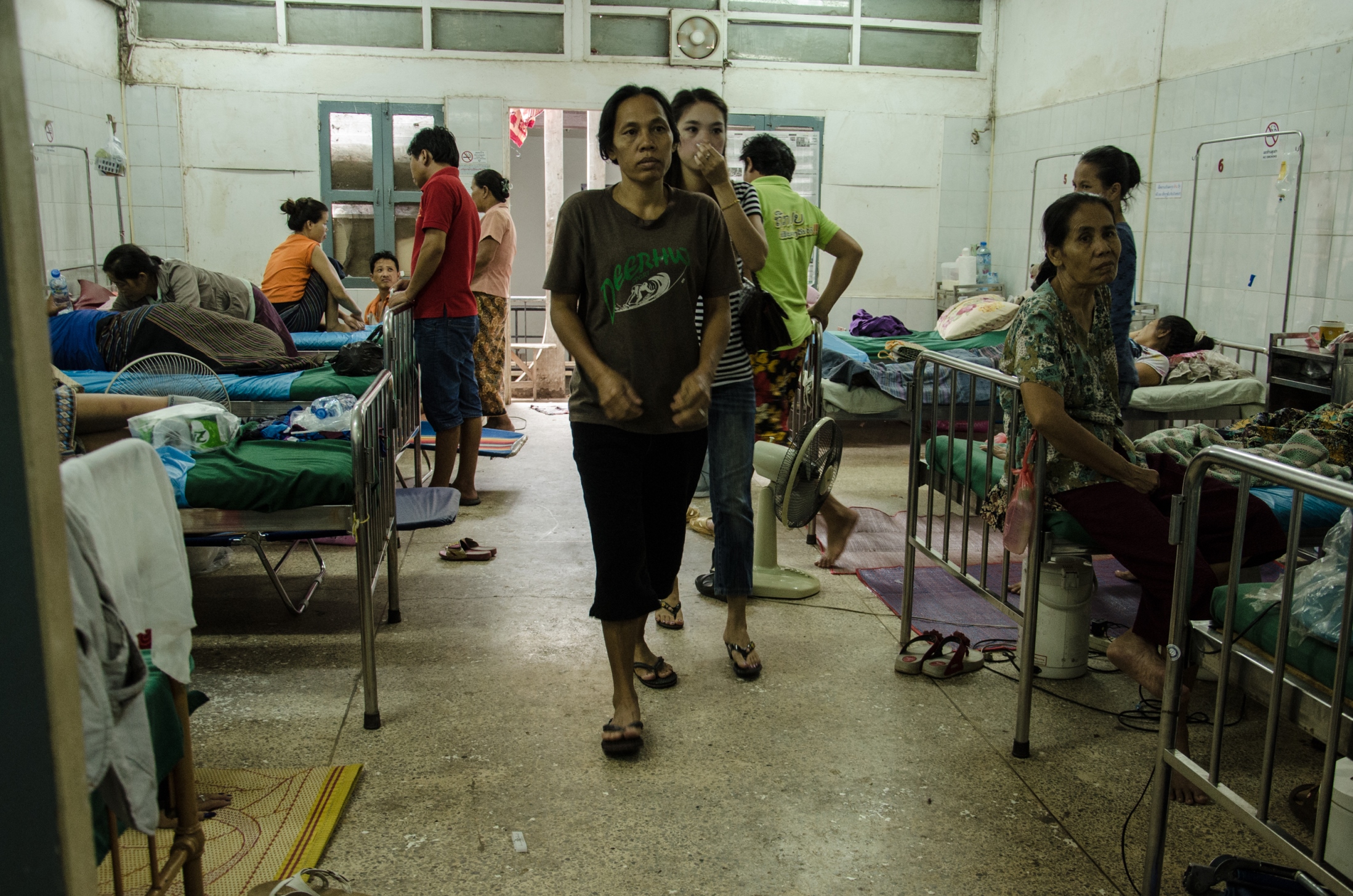 Traditional medicine - including herbs, massage and acupuncture - is supported by the government. The national drug regulatory authority has registered 184 traditional medicines; 18 are included in the country’s list of more than 320 medicines designated by the Food and Drug Department of the Health Ministry as necessary to combat infectious disease.

“This…reflects the recognition that traditional medicine has a role in addressing the problem of access to, and cost of, modern medicines,” reported the HSDP, which noted each village has at least one healer.

But when a woman is faced with delivery complications, “the delay in decision-making [on where to seek care] may mean it is too late for the mother to go to the hospital, or lead to problems during transfer”, said Salkuku.

There is also a need to provide youths with sexual and reproductive health services, including access to family planning and treatment for STIs, say advocates.

“Sexual and reproductive ill-health are among the most important contributors to the burden of diseases among young people, such as HIV infection, other sexually transmitted infections, unsafe abortion and unintended pregnancy,” said WHO’s Ko.

“Traditional culture inhibits talking about sexual and reproductive health for young, unmarried people,” said the centre’s director, Dalyvan, who also goes by one name. “Our services… allow youths to remain anonymous so they feel more comfortable coming to us when they have a problem.”

While the rate of STIs, including HIV, remains low - at 0.2 percent- nationwide, young women under the age of 30, particularly those who migrate from rural areas to Vientiane seeking work, are at high risk of infection, according to UNFPA.

Comprehensive knowledge of HIV prevention is lagging, with only two in 10 women and three in 10 men understanding how HIV is transmitted, according to a 2012 UN and governmental survey.

While no legal barriers exist to youths accessing birth control and other reproductive health services, “the attitude of service providers can be judgmental and function as a deterrent,” said Salkuku, who explained how unmarried people may be turned away from public health staff, or discouraged from accessing sexual and reproductive health services.