Six years ago, when Najib* was 15, Taliban fighters came to his home in Shinwar District* in the eastern province of Nangarhar telling him to join them. After repeated visits, his family sought a way for Najib to escape, and paid a smuggler to take him to the UK.

Six years on, he has just arrived back in his village, having been deported from the UK, but the threats to get him to join the Taliban are now greater than ever, he says.

“They’re not like the Taliban that were in the area before,” Najib told IRIN. “They are all foreign fighters who have come from the mountains. These guys will just kill you for no reason.”

Najib is not the only one on the move or considering his options: Growing insecurity ahead of the pull-out of international forces is driving thousands of Afghanistan’s children to seek new lives outside the country.

Of the 893,700 claims submitted in 2012, around 21,300 were for “unaccompanied or separated” children, most from Afghanistan and Somalia, according to the UN Refugee Agency (UNHCR). That is the highest figure recorded since the UN started counting (in 2006).

Mohammad Akram’s son, Mohammad Yahya, from Qarghayo District in Nangarhar Province, left Afghanistan when he was 15.

“Some of his classmates left Afghanistan and then when they arrived in Belgium they called him, pressuring him to come,” Akram told IRIN. “Finally my son left.”

In Turkey’s port city of Izmir, the 15-year-old found smugglers to take him to an island off Greece. The cost was US$2,000, to be paid upon arrival. Yahya never arrived; on the way the boat capsized killing all but two of its 30 passengers. His body was never found.

“We have been waiting for two months. One or two bodies turn up every day, but not my son’s,” said Akram, crying.

“It is extremely sad to see the kind of dangers these people are getting into when they are crossing waters,” the UNHCR representative in Afghanistan, Bo Schack, told IRIN. “There are major issues that they face along the journey. And, when they arrive there are sometimes issues of violence and sexual abuse against them at the asylum centres.”

Afghanistan has 2.6 million refugees overseas, according to UNHCR, making it the leading source of refugees in the world, a position it has held for the past 32 years.

On average one in four refugees are from Afghanistan; 95 percent of them live in neighbouring Pakistan and Iran. Germany hosts the largest population of Afghans outside the region.

Insecurity and unemployment back home remain high; according to the Ministry of Labour, Social Affairs, Martyrs and the Disabled (MOLSAMD), four million Afghans are officially unemployed countrywide, and the real number is almost certainly far higher.

Thirty-six percent of the country’s population cannot meet their basic needs, with many more Afghans “highly susceptible” to poverty, according to a World Bank report.

And as international troops and organizations downsize, they take with them jobs that currently employ many of the country’s young people.

Mohammad Yahya's brothers sit around Yahya's pictures. Yahya, just 15, died in a boat accident on his way to seek asylum in Greece 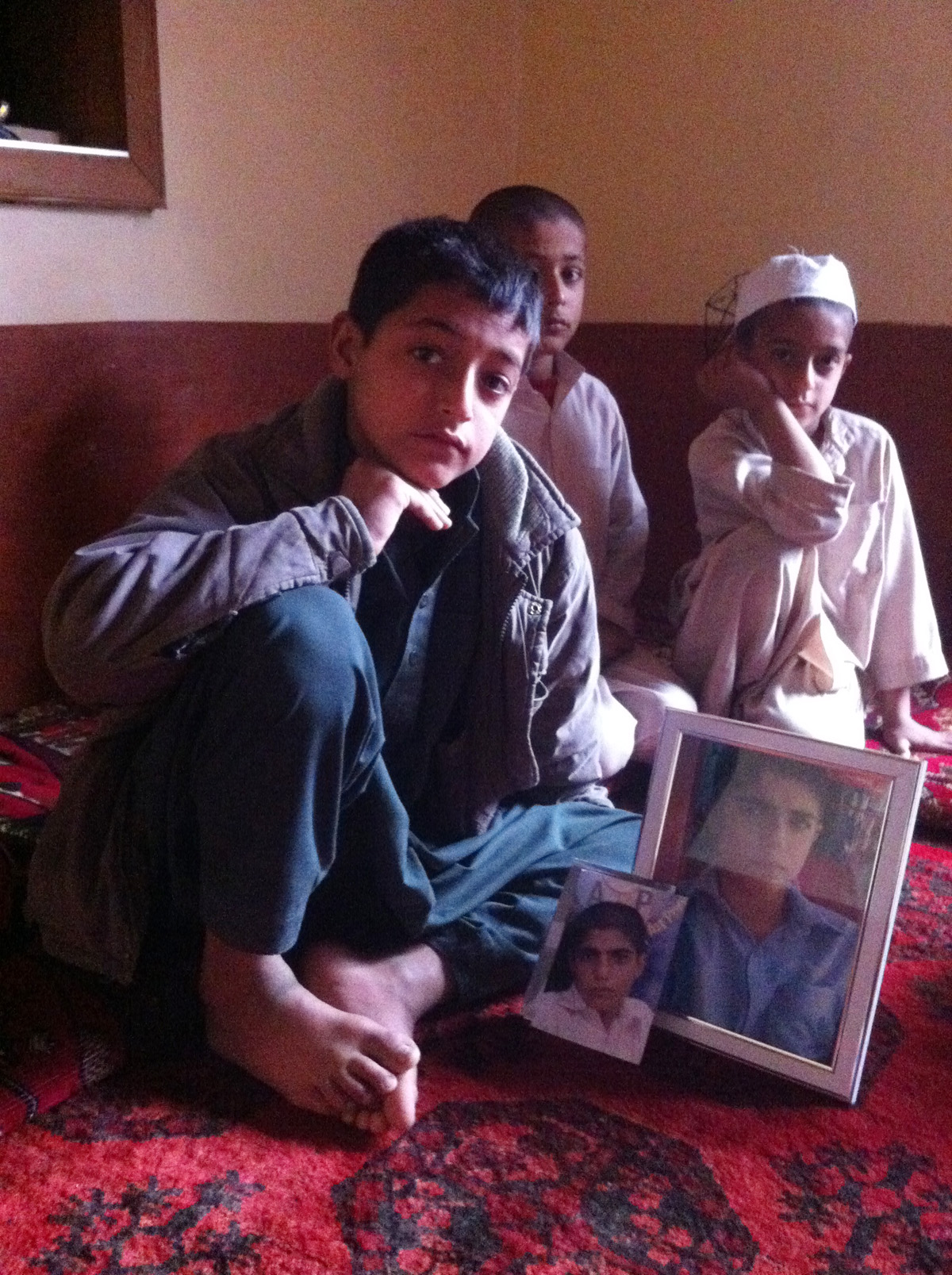 “Around 40,000-50,000 young Afghans who speak English and are good at computers work with NATO troops. When the troops leave, they will be jobless and it’s risky for them to stay in the country because they worked for foreigners,” the head of Interpol in Afghanistan, Gen Aminullah Armarkhel, told IRIN.

“The most capable young Afghans with university degrees can’t find jobs… then you have unqualified people filling positions. This is why we are seeing an increase of young people leaving the country.”

Afghans told IRIN human smugglers ask anywhere from $10,000-20,000 for a passage to Europe. However, as in Yahya’s case, there is no guarantee anyone will make it alive.

Last year in the UK, a Joint Committee on Human Rights (JCHR) report found that hundreds of children travelling unaccompanied to the UK received inadequate support from the state.

Upon arrival, children faced intensive interviews. The report criticized the lack of interpreters to help with translation, inappropriate accommodation, staff ill-equipped to care for traumatized children, and concerns over educational services.

Also, earlier this year, Human Rights Watch (HRW) found Italy summarily sending unaccompanied children (and adult asylum seekers) back to Greece - a country in which asylum system and detention conditions have led several EU states to suspend their transfers to the country.

According to the HRW report, most of the asylum seekers interviewed were Afghan boys “fleeing danger, conflict, and poverty”.

Unaccompanied Afghan asylum-seeking adolescents living in the UK are a high-risk group for post-traumatic stress disorder (PTSD), with many having been exposed to extreme violence, physical and sexual abuse, and rape.

Ibrahim Jafari, 17, from Afghanistan, is among thousands of unaccompanied minors who enter Greece every year 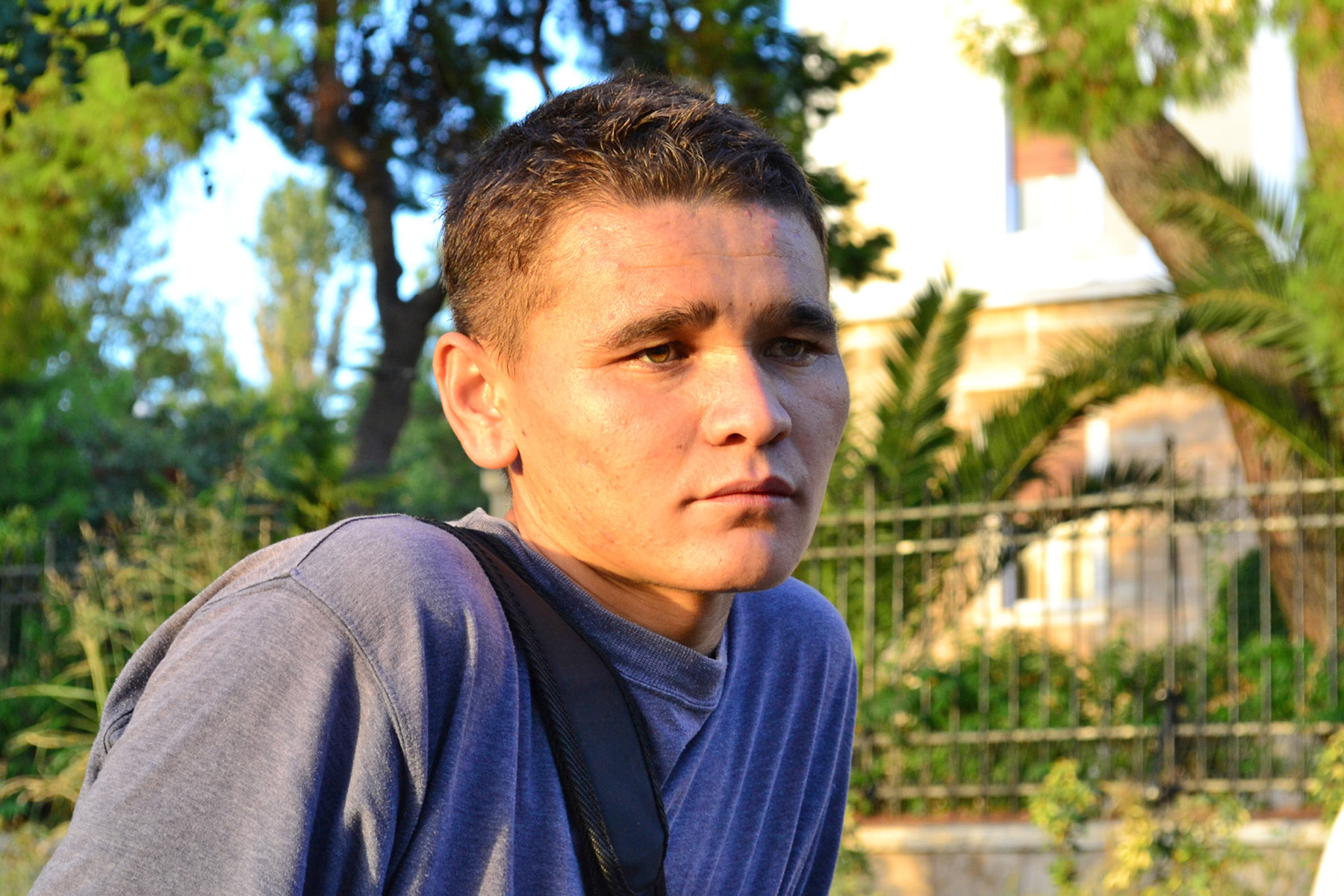 Many returning Afghan child migrants and refugees face the risk of rejection by their families, kidnapping threats, beatings and exploitation, often resulting in them trying to escape the country again, according to a Maastricht University report.

“I’m scared to go back to my village in Shinwar,” Najib told IRIN just prior to returning to his village. “Of course all the villagers know I was in London. My life is in danger. Kidnappers will think my family has money and because I speak English the Taliban will suspect me.”

Najib said that when his asylum application was denied in the UK, the immigration authorities told him Shinwar District was peaceful and it was safe for him to return.

A new initiative to improve reintegration prospects for deported, unaccompanied children in Afghanistan is being considered by the governments of Sweden, Norway, Holland and the UK.

Nearly all Afghans - 96 percent, according to the International Committee of the Red Cross - have been affected in some way by the ongoing armed conflict, with 76 percent having experienced displacement.

Around 43 percent of the population is under 15: the ill-effects of conflict and displacement will have a strong impact on the next generation of adults.