The aid community should proceed carefully to avoid enflaming sectarian tensions in Myanmar’s Rakhine State more than a year after the first wave of inter-communal violence.

“The biggest challenge faced by humanitarian aid groups to operate in contexts of sectarian violence is to be perceived as delivering aid in a biased manner,” said Jeremie Labbe, a senior policy analyst of humanitarian affairs at the International Peace Institute (IPI) based in New York.

Since inter-communal fighting broke out between ethnic Rakhines (mostly Buddhist) and Rohingya (predominantly Muslim) in June and October 2012, displacing up to 140,000 people, humanitarian assistance to Rakhine State has totalled more than US$52 million, according to the European Commission’s aid body ECHO.

“Aid organizations working in Rakhine State [need to] take a conflict-sensitive approach to providing aid so that they do not fuel existing tensions between communities,” Oliver Lacey-Hall, the acting head of the UN Office for the Coordination of Humanitarian Affairs (OCHA) in Myanmar, told IRIN.

In recent decades, humanitarian aid has been directed at the Rohingya in western Rakhine State due to systematic state-sanctioned discrimination that has left roughly 800,000 people stateless, according to the UN Refugee Agency (UNHCR). This focus has engendered hostility among some in the majority Buddhist population (ethnic Rakhines), who felt marginalized and threatened by people they consider to be illegal migrants.

Meanwhile, the separation of Muslim Rohingya in nearly 90 official camps and sites for internally displaced persons (IDPs) risks cementing segregation between the two communities, fears ECHO, which has expressed concern that any housing construction in the camps for the displaced may lead to long-term physical division.

“Without addressing the very real perception among the Rakhine population that assistance has been disproportionately provided to Rohingya, it will be difficult for humanitarian aid groups to decrease tension,” said Anagha Neelakantan, the deputy director for International Crisis Group’s (ICG) Asia programme, speaking from Kathmandu, Nepal. 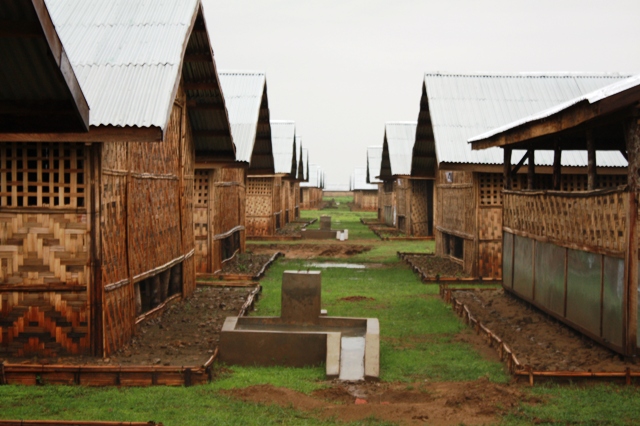 In order to appear impartial, humanitarian agencies must “have a balanced approach” and reach out to all affected communities, according to Labbe.

While most aid organizations assist both ethnic Rakhine and Rohingya indiscriminately, the Rohingya have disproportionately suffered the consequences of recent inter-communal strife.

Most of the 3,000 previously displaced ethnic Rakhine people have returned to their places of origin, with support from central and local government, according to ECHO.

“Sticking to the principle of impartiality [and providing aid on the basis of need] means that the bulk of aid [is] directed toward the group that suffered the most during the violence and now faces the biggest needs, in [this] case the Muslim Rohingya,” said Labbe.

But it also means that aid risks exacerbating sectarian tension, as well as the insecurity of humanitarian staff working on the ground.

“It is up to aid agencies to redouble efforts to explain and communicate with all segments of the population why aid is distributed in a certain way, and how - in order to mitigate possible negative effects,” said Labbe.

While IDPs still lack adequate food, housing, and health, focusing on only those immediate needs without addressing broader political concerns may condone a securitized, restrictive IDP camp setting that obstructs livelihoods, freedom of movement and, ultimately, prevents reconciliation, according to activists.

According to Human Rights Watch (HRW), the current situation of “warehousing” - where Rohingya people are “penned in by local security forces” in both official and unofficial camps - is untenable for forging peace in Rakhine State.

“The situation that has evolved, with no freedom of movement for the Rohingya IDPs, follows the plan of the Rakhine extremists; to drive one community out of a place and contain them in camps,” Phil Robertson, HRW’s deputy director for Asia, explained.

“The danger is that funding temporary or semi-permanent shelters in the Rohingya IDP camps could contribute to making the ethnic/religious partitioning permanent,” said Mathias Eick, ECHO’s regional information officer for Southeast Asia, which has committed up to $19 million in 2012 and 2013 for humanitarian assistance, including food, livelihoods, household items and health support to IDPs in Rakhine State.

“Our problem is not with shelters per se, but rather with supporting the construction of shelters in the camps, which may result in permanent segregation of the communities... We would rather see those displaced return voluntarily to their home villages and towns where we could provide assistance for rebuilding. Shelter needs in the camps have to be balanced with the humanitarian principle of `do no harm’” he added. 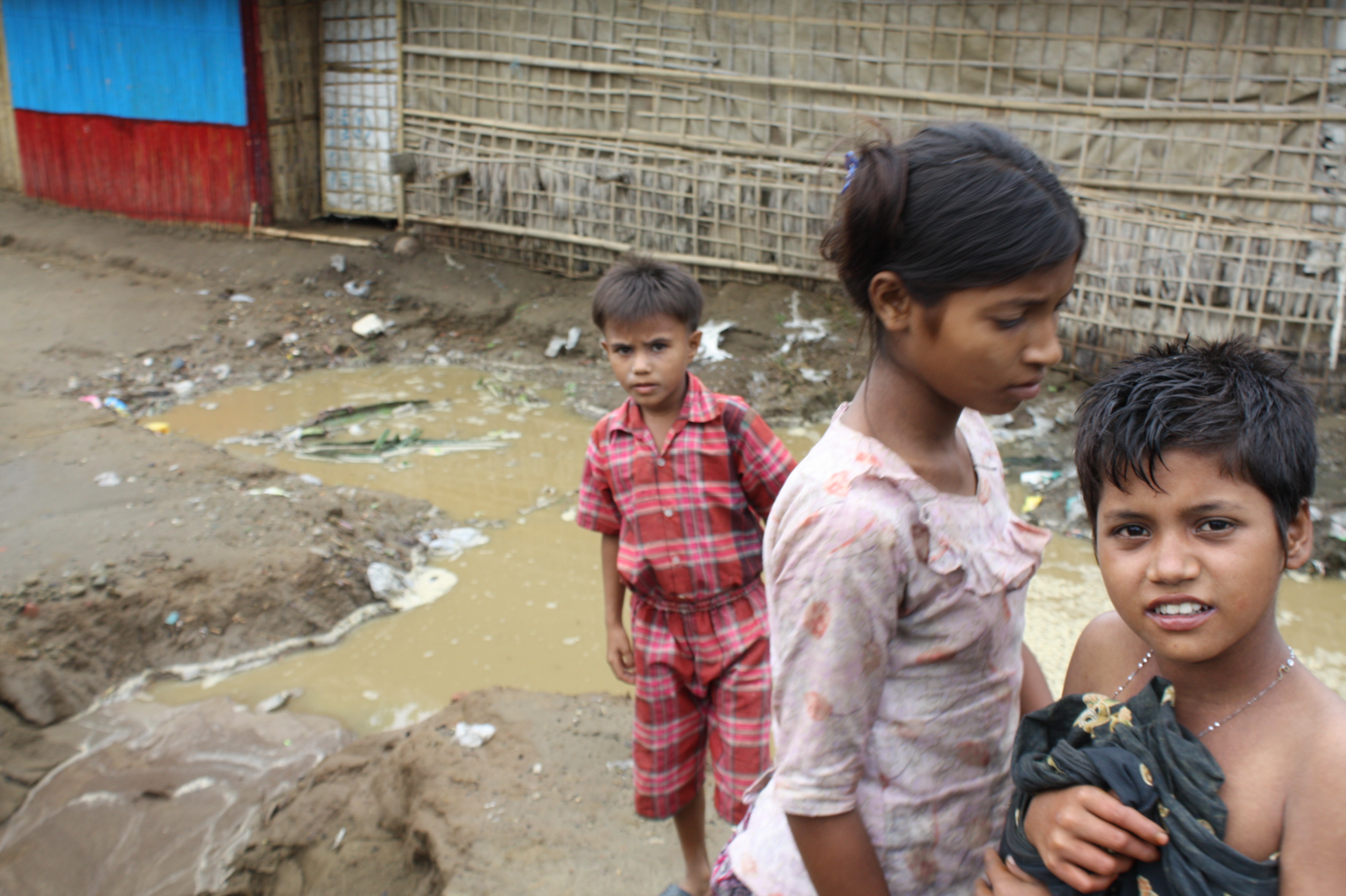 A US-based NGO, CDA Collaborative Learning Projects (previously Collaborative for Development Action) has a training module that examines how assistance in conflicts interacts with conflicts.

“When assistance workers understand the patterns by which assistance can have harmful effects, and the opportunities by which it can also have additional positive effects on overcoming conflict, they can… avoid doing the harm that has sometimes been done in the past, and [help] rebind and re-connect people rather than divide them,” wrote project staff.

Long-term segregation in Rakhine State may make the task of addressing historical tensions between the two communities more difficult, according to ICG’s Neelakantan.

Since January 2013, Rakhine local authorities and the central government have been providing bamboo material for houses in the 89 camps and settlements for Rohingya IDPs. The bamboo is then used to construct barrack-type structures providing accommodation for up to eight families per building.

With the ongoing rainy season from May to September, the UNHCR and OCHA listed shelter as an urgent need and campaigned for $2.5 million in April 2013, the requirements of which have since been covered by the Myanmar government.

Government needs to do more

While a conflict-sensitive approach may help avoid mutual hostility between the two communities, ultimately the responsibility for addressing turmoil and promoting peace lies with the government, rights advocates insist.

“There is a limit to what humanitarian aid providers can do to defuse conflict and unrest,” said Robertson.

“It is the responsibility of the Burmese government to get to the bottom of the unrest, but so far they [have not taken enough action] to promote reconciliation and face down the instigators of violence and unrest,” said Robertson.

While the government established an Inquiry Commission on the Sectarian Violence in Rakhine State in 2012, and a report detailing recommendations was published in April 2013, concrete action to stem violent extremist rhetoric has yet to be taken, according to HRW and ICG.

“The government must strive to find solutions to the conflict. Community and religious leaders also have a major role to play to defuse tension and promote peace,” said OCHA’s Lacey-Hall.